India’s central bank governor has warned that the state-dominated banking system will need to push ahead with an infusion of funds to withstand the country’s deepening coronavirus crisis.

Several of India’s largest and best-performing banks, including Kotak Mahindra, ICICI and State Bank of India, have been raising more equity in the months since the coronavirus pandemic broke out.

But Shaktikanta Das, the Reserve Bank of India governor, said smaller private and public lenders needed to shore up their capital bases ahead of an expected bad loans shock.

Banks “should proactively capitalise”, he told the Financial Times. “We need a healthy banking system to support the economy in normal times, and more so in a stressful time like this.”

The virus is exacting a heavy toll on India, the third-worst affected country in the world with more than 3m Covid-19 cases and almost 60,000 deaths. The country’s gross domestic product is forecast to contract between 5 and 10 per cent this year while unemployment jumped to about 25 per cent during the lockdown as millions of informal-sector jobs were lost.

The economic strain is expected to hit the country’s banks, which are being asked to bolster their capital bases.

For the state-owned lenders, which make up about two-thirds of banking assets, Mr Das suggested this could require raising funds through public markets or a greater infusion of government capital.

“I do expect the [state] banks to mobilise additional capital,” Mr Das, who took over in 2018 after Urjit Patel resigned, said. “With regards to the government contributing to the capital, we have taken up the matter with the government and we do expect some action.”

Moody’s estimated last week that state banks would need up to Rs2.1tn ($28bn) to restore their loss-absorbing capital buffers. But Narendra Modi’s government might struggle to find funds to shore up weak state banks given its own severe revenue shortfall.

New Delhi has already pumped Rs3tn ($40bn) into state banks over the past four years to help them pare down one of the world’s highest bad-loan ratios. But the virus is expected to undo much of that work.

The RBI estimated last month that the share of gross non-performing assets could rise from 8.5 per cent this year to 12.5 per cent or — in a severe case — 14.7 per cent next year.

Analysts at Standard Chartered warned this week that stressed corporate debt — which it estimated was $52bn, or 14 per cent of total corporate debt in the last financial year — would rise by 20 to 30 per cent as a result of the coronavirus crisis.

A recent round of RBI-mandated stress tests also found that five banks might fail to meet the minimum capital requirements in a “very severe” scenario. 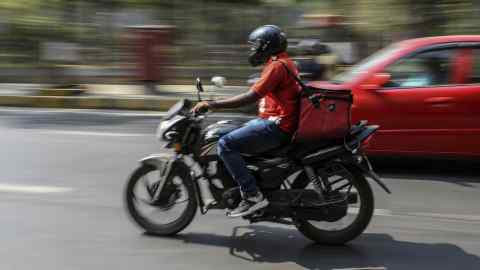 To limit the damage and protect bank balance sheets, the RBI this month announced it would permit banks to negotiate one-off restructuring of loans to businesses struggling because of the pandemic, without classifying the restructured assets as stressed.

Analysts have expressed concern that the RBI’s regulatory forbearance could be a way of delaying recognition of bad loans. In the past, repeated restructuring of bad loans was common.

But Mr Das said regulatory forbearance was necessary to prevent a wave of bankruptcies by otherwise viable businesses suffering from a short-term liquidity squeeze as a result of the disruption caused by the pandemic.

He also said the RBI would set strict, clear guidelines with a sunset clause to ensure that only crisis-hit businesses benefit, and that bad loans were not rolled over indefinitely.

“We have to ensure that the health of the banks does not get diluted,” Mr Das said.

“Unless we give them some dispensation, these businesses, which are otherwise viable, but facing some temporary cash-flow problems, they will die down. That will cause a bigger threat to financial stability if large numbers of businesses suddenly fail.”