The first half of 2020 had come in with a bang, and the market quickly hit all-time highs on February 19th. This was even as COVID-19 was beginning to spread around the globe. After reaching those all-time highs, the market quickly fell into bear market territory. In fact, it was the fastest bear market in history. Since hitting the lows on March 23rd, as measured by the broader S&P 500 hitting its low mark, the market has been on the mend. While there is still plenty of uncertainty, it appears – at least for now – that the economic blow and pandemic are on the back burner as we burst higher. 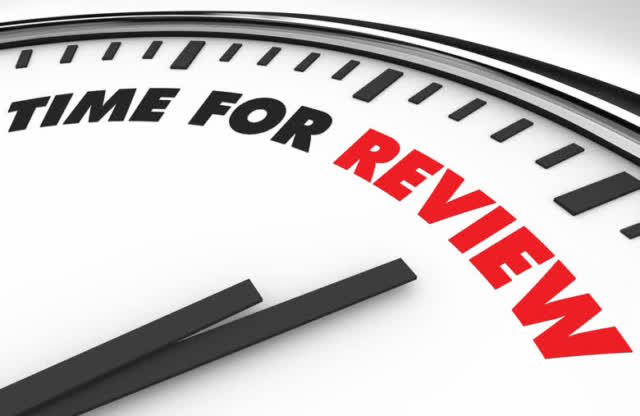 For closed-end funds, the recovery was a bit different. The lows we saw mostly came on March 18th. On that day, we saw CEFs’ share prices just plummet as peak despair began to kick in. There were several funds that just saw unbelievable discounts. Consider these discount averages from interesting dates:

All of the data was taken from CEFConnect. So, while the broader market bottomed out on March 23rd, 2020, CEFs really bottomed out and began recovering after March 18th, 2020. Why this phenomenon happened exactly is unknown – perhaps it was investors realizing that discounts of 30%+ were unrealistic!

This does include several of the CLO funds, and that can be a bit misleading, as they don’t update their NAV on a regular basis. Thus, it skews the data – we can take a look at the 10 widest discounts on that date excluding those funds.

When we remove those CLO funds, we are left with an overwhelming majority of them being energy-related funds. Though, NexPoint Strategic Opportunities Fund, Highland Global Allocation Fund and Invesco Senior Income Trust grace the infamous list as well. As we have explored several times, it really isn’t a surprise that we see energy being the worst-performing with the widest discounts.

Premiums Did Still Exist Too

On the flip side of this, we can take a look at what funds represented the highest premium levels on the CEFs’ March 18th lows.

READ ALSO  The (Other) Bull Market That Won't Die

One thing you might find interesting here is the energy names that made the list. I believe it was a function of prices moving too fast for the market to react at that time. Even at a time when everything was plunging, that is why it is interesting that some of the energy names just didn’t even plunge enough to outpace their NAVs. After all, that is what we typically see with CEFs – the market price overacting in a much more exaggerated manner than the NAV price.

Sector Performance In The First Half

The following table was sorted by the best- to worst-performing on an NAV basis for the first half of 2020.

In this list, we see exactly what we would suspect. The global, real estate and MLP space were the worst-performing sectors. This came as the pandemic ravaged the expected demand for energy. Then, we had crude oil prices actually go negative briefly as Russia and Saudi Arabia began an oil war.

Likewise, the pandemic put significant pressure on real estate. This was due to businesses across the U.S. (and globe) being forced to shut down. With no income coming in, it is quite difficult for businesses to keep up with their lease payments.

For global assets, they just simply react more negatively in times of distress. Partly, this could be due to their exposure to economies that are weaker in general already.

It should be noted that the Taxable-Senior Loans category includes three funds that report their NAV quarterly, and it was not updated. For the funds, the NAVs of Vertical Capital Income Fund (VCIF), Oxford Lane Capital Corp. and OFS Credit Company Inc. reported a change of 0%. This distorted the NAV performance as not having fallen as far.

Another interesting note, all sectors’ market performance fell further than their NAV performance, except for commodities and taxable preferreds. Of course, this is exactly why we have seen the discounts on CEFs expand from the beginning of the year.

On the flip side of this, we have the commodity sectors lead the way higher. The commodity funds, in this case, are all the Sprott CEFs that hold gold and other precious metals. These are typically seen as a safe haven during times of turbulence. Which, on a side note, is always funny to me – you can’t eat gold or metals. If there was truly a time of anarchy and utter collapse, then I’m to be looking for water, food and shelter.

The other “strong” performers were the municipal funds. On an NAV basis, several were able to make some small gains in the first half. Some others were able to keep losses relatively low. Again, reinforcing the fact that munis are a defensive place to hide.

We can now turn our attention to the top-performing and the bottom-performing funds in the first half. One might find it interesting that while the commodity sector did the best overall, there were several funds in the sector equity category that performed much better.

Several of the names leading the way higher are tech-related names. This is where we have really seen a rally take off. Typically, one would expect the tech sector to be quite cyclical. The pandemic has made the opposite true, in this case. Tech names continue to operate in this environment. In fact, the desire for even more tech to remain connected and productive is greater now. While other businesses are shut down completely, tech companies are pumping out necessities.

The notable funds here are the BlackRock funds: BlackRock Science & Technology Trust II and BlackRock Science & Technology Trust. We also have a newer fund, the AllianzGI AI & Tech Opportunities Fund. I had covered AIO shortly after it launched. Initially, I wasn’t all that blown away or impressed with its convertible exposure. I ended up favoring BST and BSTZ over that fund. However, in hindsight, we can see that either play would have been successful for what we were about to go through.

The other funds that surprised me on this list were Liberty All-Star Growth, China Fund and Templeton Dragon. ASG surprised me, as it is more of a plain diversified equity fund. It delves into small, mid- and large-cap growth. What ended up saving the fund the most is its heaviest sectors. It holds the largest allocation of 33.1% in tech. The second-largest allocation is to healthcare at 23.5%. These are both the top-performing sectors overall this year.

TDF holds significant exposure to China, as does CHN (obviously, this should be expected from the “China Fund”). With such large positions in China, I was certainly surprised at TDF’s outcome thus far. The fund has 68.67% exposure to China and another 27.22% to the Cayman Islands. It lists diversified financials as its largest sector holding at 27.22%. This is followed by retailing at 19.19% and media & entertainment at 13.76%.

However, upon further digging, both funds have very concentrated portfolios. For TDF, 27.22% is held in a mutual fund, the Templeton China Opportunities Fund Ltd. This is a fund that is incorporated in Hong Kong, and there is no U.S. ticker available. Although, interesting to note, even in that mutual fund, the largest exposure is to financials. Which makes sense, since TDF’s exposure is listed at such a large amount. The next holdings of TDF are Tencent Holdings (OTCPK:TCEHY) at 11.47%, Alibaba Group Holding (BABA) and JD.com Inc. (JD). These are all, in a way, tech companies. TCEHY operates in many different tech sectors. BABA and JD are e-commerce sites that thrive, just like Amazon (AMZN), in a quarantine environment.

Similarly, CHN holds BABA at 13.3%, TCEHY at 12.2% and JD at 5.9%. These names have similarly helped CHN outperform the broader market.

To follow all of that positive news above, we have the MLP sector. Once again, there really isn’t too much of a surprise, and we have discussed the reasoning behind this at length. What is interesting is the fact that every one of the worst-performing funds is MLP related. You have to go all the way to the 15th worst-performing fund from the bottom – the First Trust Specialty Finance & Financial Opportunities Fund (FGB) – before arriving at a fund that isn’t related specifically to energy.

In this case, it is a fund of BDCs. BDCs are a form of a closed-end fund. They generally invest in private deals, and this puts the managers in a more active role in managing the day-to-day affairs. This is opposed to the traditional CEFs that invest primarily in publicly traded companies. However, there are several that do invest in private investments too, so it isn’t exclusive to BDCs. 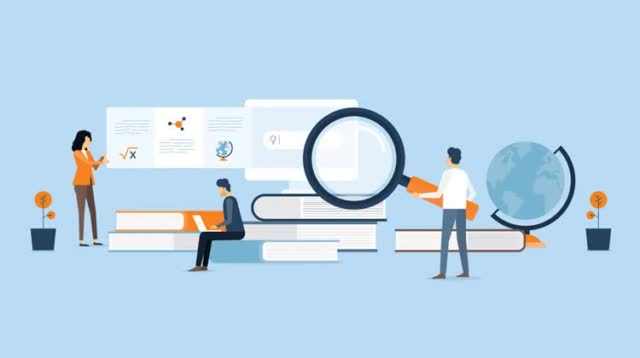 So far, the first half of 2020 has certainly been an interesting one. We have seen the end of the longest bull market in history with this first half of the year – a bull market that began on March 9th, 2009. Which is also a bit ironic in that it died right around its 11th birthday. 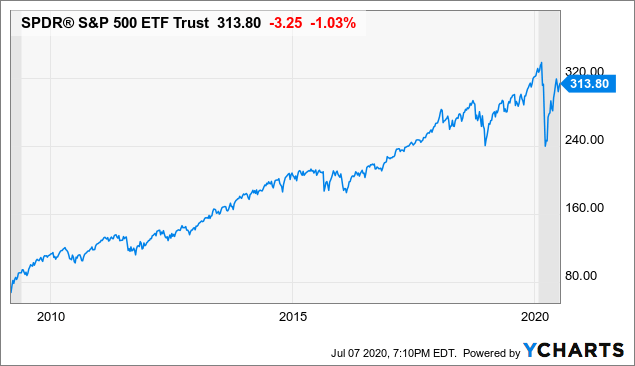 We are also technically back in a bull market, since the market has subsequently risen 20% from those lows. However, not every analyst is convinced the worst is over. To my mind, I certainly am not sure if the worst is behind us either. Ultimately, I believe we can breathe a little easier if researchers are able to find a treatment or vaccine to COVID-19. That still seems to be a bit way from where we are now though, even with all of the world working on the task.

The areas we have seen working in the CEF space were primarily in the commodity funds that hold gold and precious metals. Although, they weren’t the only top-performing funds in H1. That achievement was also reserved for tech-related funds. I would generally suspect that we do see the tech sector and healthcare sectors continue to perform throughout 2020, as they have tailwinds behind them.

For a contrarian play, one could look at the MLP space and try to pick through that pile of bones. Similar, and where I would be looking, are the real estate sector and global funds. They have also performed rather poorly. Their prospects are more enticing to me over the longer term at these levels though.

Disclosure: I am/we are long BSTZ, BST, OCCI, OXLC, OXLCP. I wrote this article myself, and it expresses my own opinions. I am not receiving compensation for it (other than from Seeking Alpha). I have no business relationship with any company whose stock is mentioned in this article.

Additional disclosure: This article was originally released to members of the CEF/ETF Income Laboratory on July 8th, 2020.