Ideanomics Fires Back At Short-Selling Reports, And Other Positive Signs (NASDAQ:IDEX)

Home Financial news Ideanomics Fires Back At Short-Selling Reports, And Other Positive Signs (NASDAQ:IDEX)
2020-07-062020-07-06By finanz.dk

A day after covering Ideanomics (IDEX) and the rush of orders that they had been receiving in regards to EV vehicle fulfillment, short reports by J Capital and Hindenburg Research surfaced, sending the stock spiraling down over 50% in two days. Mission accomplished for them, right? Those two made their money at the expense of the investors who have faith in the company in the long-term. Ideanomics has fired back at the two, providing details and supplementary evidence to refute the claims made in the short reports, as well as seeing increases in positions held by major institutional investors and clarity of the business model from speaking with a company representative, further fueling the positive outlook.

Dealing with the Short Reports

Looking at the short reports, J Capital has alleged that Ideanomics does not have enough cash on hand to fund operations, as well as that partners of Ideanomics were unaware of the business relationships or even in denial of them. However, those claims were easily refuted by Ideanomics – capital has been raised, up to $20 million through security sales to YA II PN, as seen through multiple 424B2 filings, and an S-3 filing allowing up to $250 million to be raised through common and/or preferred stock (authorized to sell up to 1.5 billion and 50 mm shares respectively), warrants, subscription rights and debentures. In addition, Ideanomics has reached out to all of the partners that it had recently announced and has provided statements affirming the business relationships and delivery of EV vehicles between the two parties.

Hindenburg’s report surfaced through Twitter, and a secondary report was published later on Hindenburg’s site. The reports focus mainly on the Qingdao EV center, with some allegations circling around potential image alteration and changing of claims made by Ideanomics about the status of the center. However, Ideanomics has provided more details about the center – the company has a 15 year rent free agreement along with a three-phase plan to open the full 1 million sq. ft. area for operations. Ideanomics may have lacked those specific details in earlier press releases, but this most recent press release only clarifies the status of the center and does not, in any way, falsify and/or contradict any previous statements made by Ideanomics.

One thing to keep in mind is the nature of Hindenburg Research – they have faced backlash before for posting ‘falsified’ or ‘exaggerated’ reports that are borderline factually-incorrect. But facts aren’t their game. They are simply a publisher of strong opinions. Hindenburg’s Twitter bio reads: “Popping bubbles as we see them. We express strong opinions. Not investment advice.” Furthermore, reading into Hindenburg’s legal disclaimer (alongside a very large bolded statement disclosing their short position in Ideanomics) shows that Hindenburg:

It’s no wonder that Hindenburg has published possibly inaccurate reports as they did stand to make (and most likely have already made) “significant gains” from this ‘report’. Hindenburg recently published another short thread on July 1 about the Zhongsen Tower deal – Ideanomics responded one day later and reported that it had made a mistake with the wording and meant to reference China Tower Group and not China Tower Corporation. When working in China, it is very important to note that, unless you speak/understand Mandarin, it is very difficult to corroborate information, as translations can be unreliable and there is often opacity within due diligence due to the language barriers.

Hindenburg has not yet responded to Ideanomics’ clarification, as it likely has no firepower left to do so, yet posted on Twitter that it had sent 24 questions after ‘extensive research’. Interesting to post this content going in to the holiday weekend – Hindenburg might still have a significant portion of shares shorted, and is fumbling to create an opportunity to cover at a profit. Ideanomics is not obligated to respond to the short reports or any other claims made by Hindenburg, but is doing so in order to provide accurate information to its investors straight from the company itself. The short reports are a minor distraction from the bigger picture – in this case, Ideanomics’ growth.

This is nowhere near the first time that Hindenburg is facing sharp rebukes from the companies it attacks. Hindenburg is now coming under fire from J2 Global (JCOM) – a large-cap internet services company with a long history – after Hindenburg attempted to hit a ‘short and distort’ run on J2, who responded accordingly (similar to how Ideanomics has responded). J2 provided a long list of thorough explanations pointing out each inaccuracy within Hindenburg’s “baseless allegations and disparaging misrepresentations” of the J2 business.

In addition to refuting short claims, Ideanomics has also been publishing original news reports to back its case. Two articles published on news.cn (xinhuanet.com) and qdxin.com (first article; second article) talk about the Qingdao Auto center: volume up to over 100 cars per day, expansions planned to start on July 1 with MEG with a gradual expansion goal to 100,000 sq. m., and an annual revenue target of 30 billion yuan on a 3 billion yuan planned total investment. Ideanomics also posted a certificate showing proof of the joint venture (AiNengJu) prepped for official rebrandment by July 1, as well as multiple timestamped pictures from the MEG center on Twitter. 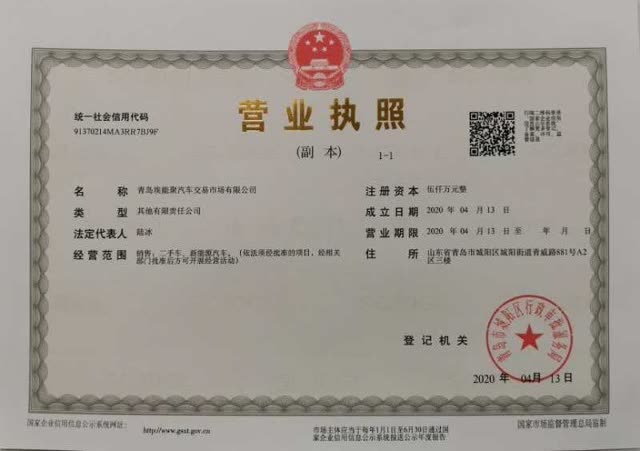 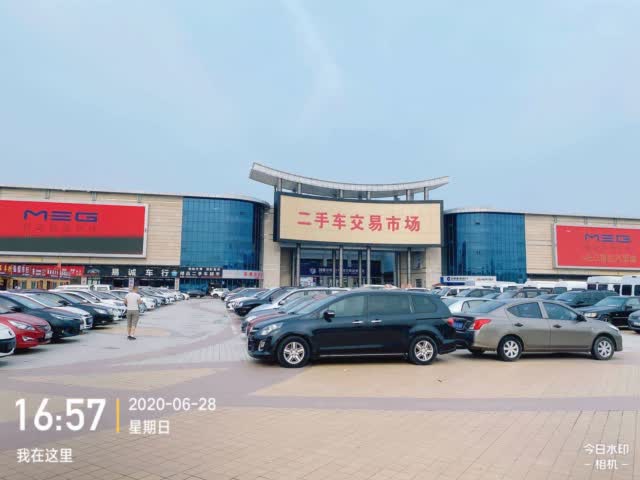 On the other hand, Ideanomics has seen institutional investors recently adding to their positions throughout the first quarter, a sign of positivity in Ideanomics’ business, seen through filings in May and June. BlackRock owns over 4.6 million shares per its May 1 13F filing for March 31, adding 2.1 million shares since its prior 13F. Citigroup (C) added 20,000 shares to its 9,000 share position, JP Morgan Chase (JPM) added 115,000 shares (to its already held 64,000), and BNY Mellon added over 100,000 to its 170,000 share position. AIG (AIG) doubled holdings to 60,000 shares and Goldman Sachs (GS) up to 110,000 shares.

READ ALSO  Mega Millions jackpot is $1 billion. What to know before buying in

These institutions don’t have holdings in just every company – they have criteria to meet within investments in order to meet the objectives of the fund/index. If there was any hint of shady business tactics, potential fraud, or credibility from the recent short reports, the institutions would not be holding. And not only have some of the largest institutions added Ideanomics to their portfolios, but have added to positions significantly from March to April, before the rally in shares and recent news reports. With BlackRock and iShares having multimillion share positions, it signifies a certain level of belief in the future prospects of the company – even though the respective percentage of the positions relative to total holdings is extremely small, position size is still growing.

Understanding the Business Model is Important

It seems like there are many investors now stuck on the fence with Ideanomics, as the company is working to defend itself against the allegations surfaced recently. After speaking with a representative from Ideanomics, understanding the company’s business model becomes clearer.

Ideanomics has refocused on EV adoption, with most of its activities focused in China. The company had built out its pipeline in late 2019, talking with leading fleet operators like Beijing Silk Road Rainbow about potential fleet orders and financing before lockdown was initiated in China early in Q1. After reopening in Q2, Ideanomics worked to regain momentum, completed deals in quick succession (as noticed in a flurry of press releases in June).

Ideanomics has to work with the budget provided from the fleet operation and secure financing for the purchases. Typically, when purchasing an ICE vehicle, lease financing companies would want, say a 10% to 20% deposit in cash (which can vary based on other factors like vehicle type), and then loan the rest, based on the blue book value of the vehicle.

However, EV vehicles don’t have a true blue book value: the battery can be up to 50% of the cost, leaving lease financing companies unable to determine the residual value of a vehicle especially when it’s contingent on a removable battery. Therefore, when purchasing EV vehicles in bulk, a lease financing company might require a much higher deposit before loaning the rest, creating a problematic situation where a fleet operator might not be able to afford such a hefty deposit upfront.

Ideanomics bridges that gap by having a secondary entity of financial partners to ensure that a fleet operator does not have to face such high deposits, and puts down what it can afford; this way, the cash output by a fleet operator is similar to buying ICE vehicles. Also, when fleets are buying EV vehicles in bulk, Ideanomics can pass savings on to the fleet and still take a small percentage fee associated for financing.

Even with the flurry of orders coming through June, Ideanomics still has multiple big-ticket orders procured much earlier. Ideanomics signed a multi-year rolling order with Sichuan Shenwu Yunli Transportation totaling ¥$1.5 billion in value back in March, with deliveries expected to start in 2020 and continue up until 2023; revenues will flow in as segments of this order are delivered. Another ¥$1.8 billion order from Jiangsu Linghao Network was established in March as well, with deliveries occurring throughout 2020. Even back in last July, Ideanomics worked a deal with Anhui Ankai Automobile to seek to place more than 10,000 orders, with Ideanomics earning up to 10% commission.

Given the acceleration to the EV market, Ideanomics stands to gain significantly from procurement of additional orders as well as the fulfillment of multiple big-ticket orders that it has previously signed, which were unable to begin during Q1 due to lockdown in China.

Hindenburg and J Capital’s reports hit at a good time, after shares for Ideanomics had soared. Uninformed investors are likely the main ‘bubble’ that Hindenburg is targeting, capitalizing on their lack of familiarity and understanding of Ideanomics’ operations. Shareholders have been burned before when reading contradictory/misleading claims from dubious sources. Hindenburg publishes information to benefit itself and its team of investors, and has no regulations in regards to what information (factual or falsified) it can publish as well.

Ideanomics’ model is based on a middleman-style, working with fleet operators to secure vehicles from manufacturers, while meeting the budget of the operator and providing easier financing options for buying vehicles in bulk than would be possible at a bank. Ideanomics also is not obligated nor required to fire back at short reports, yet is doing so to inform investors of the facts surrounding the company. Institutional investors, who abide by strict regulations on holdings, would not be investing nor increasing holdings significantly in Ideanomics if there was any doubt within the company. Ideanomics has a massive potential market to tap in to within EV vehicles in China, and is taking steps in the right direction with order procurements and deliveries, and the good news is only just starting to flow now