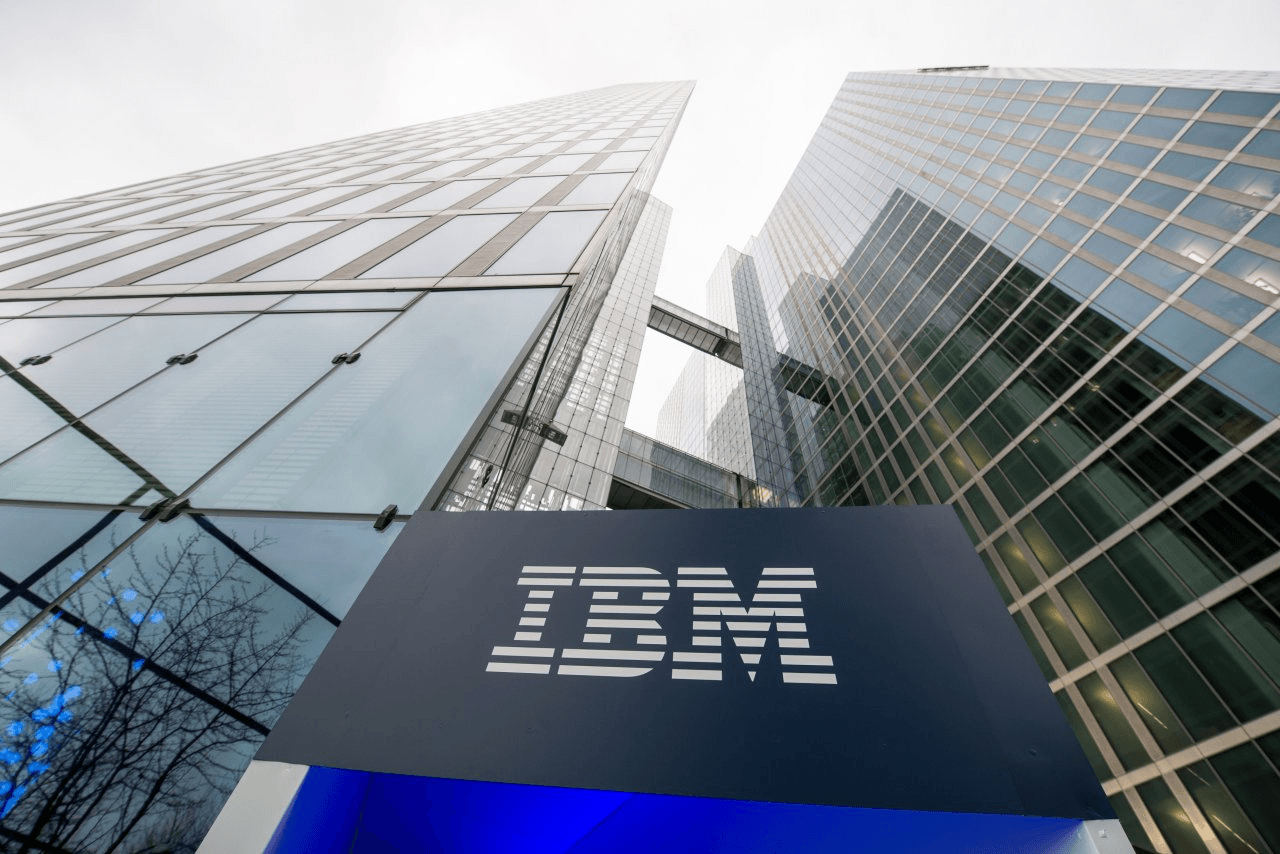 During the most recent reporting period, IBM encountered a drop in revenue of nearly -3% (on an annualized basis) and this marked the third straight quarter of declines for the company. For many income investors, these types of performances are seen as reminiscent of those seen under the tenure of prior CEO Ginni Rometty. When Arvind Krishna took over at the helm in April 2020, analysts described his role as exceedingly difficult on a number of different fronts but the company’s most recent earnings figures suggest that these challenges are likely to continue well into 2021.

Additionally, these quarterly declines in revenue have fallen victim to the disruptive effects of the coronavirus pandemic due to IBM’s heavy exposure to the transportation and retail sectors. Of course, both of these industries represent elements of the market that have undergone significant changes since lockdown measures were implemented throughout the economy of the United States but investors must also remember that many of these disruptions are likely to continue in the quarters ahead.

During the third-quarter reporting period, International Business Machines generated $2.3 billion in net income and this gives us an EPS figure of $2.58 (indicating an annualized decline of 3.73%). Continuing operations produced earnings of $1.89 per share (indicating a slight gain when compared to the earnings of $1.87 per share reported during the same period last year).

Revenues dropped from $18.03 billion to $17.56 billion, indicating declines of -2.6% relative to the same period last year. Unfortunately, these performances are actually worse than they might appear on the surface because they imply unavoidable persistence with respect to the longstanding declines in sales that have remained in place for more than eight years. In the last 33 quarters, International Business Machines has encountered declines related to this important metric on 29 different occasions and this is an alarming trend that should keep income investors cautious when making the consideration to buy IBM stock. 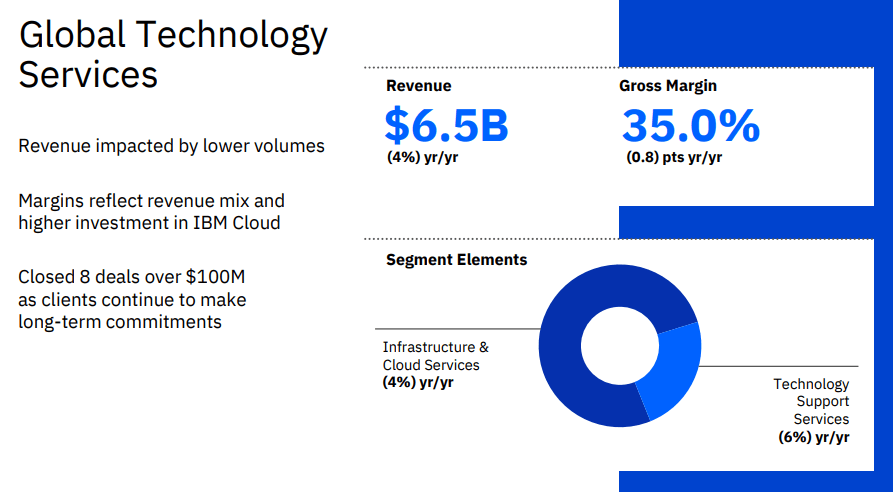 In early October, the company announced plans to split the company’s Global Technology Services segment into its own corporate unit along with preliminary results for the most recent quarter. Additionally, the announcement included an analyst conference call in which CEO Arvind Krishna implied that IBM is capable of achieving “sustainable” revenue growth in the middle single-digits.

However, he also explained that this would likely occur over the “medium-term” and I think it is relatively clear that these vague descriptions of when a turnaround may or may not occur have already turned off many investors. During the third-quarter reporting period, IBM’s Global Technology Services unit generated revenues of $6.46 billion and this marks an annualized decline of -4% for the segment. 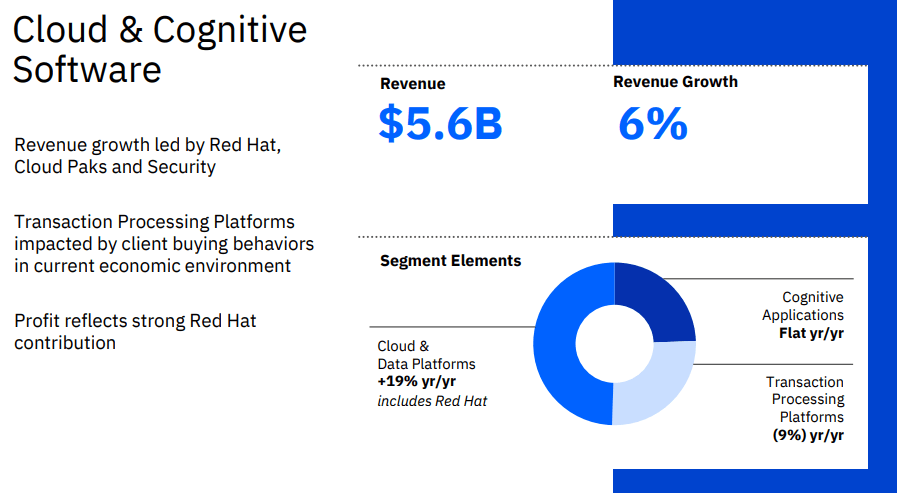 Better results have been visible in the company’s next largest segment, which is the Cloud and Cognitive Software unit. Of course, this segment includes assets gained through the acquisition of Red Hat and this unit generated revenues of $5.55 billion for the period. These results were better than analysts expected, but more importantly, they indicated positive growth rates for the period. For bullish investors, these performances offer a better measure of hope that we will actually see a meaningful turnaround in operations next quarter. 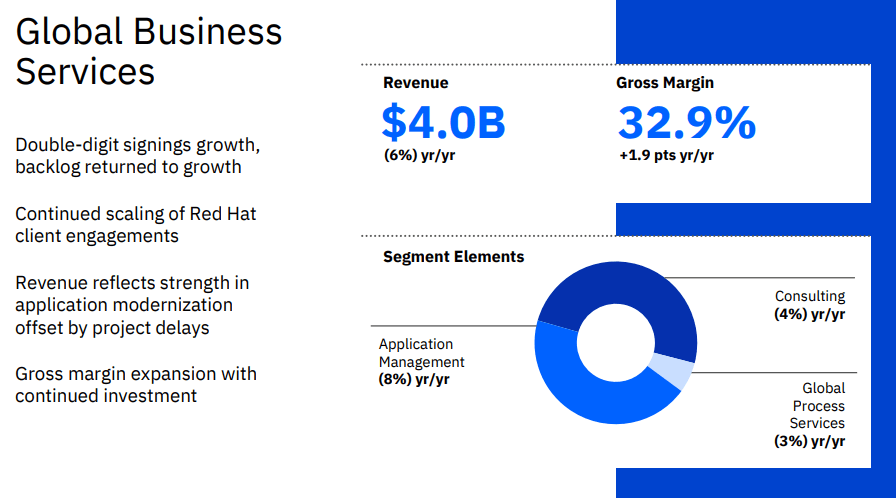 IBM’s Global Business Services produced revenues of $3.97 billion (which marks a decline of roughly -6%) and revenues from the company’s Systems unit plunged by -15% (at $1.26 billion). Of course, these trends should be considered as alarming when so many of IBM’s competitors are reporting growth during these periods.

Furthermore, potential problems seem to exist for investors that are focused on IBM’s dividend and this likely represents a significant proportion of the company’s investor base. Unfortunately, IBM’s free cash flow figure came in at $1.10 billion, which was less than half of the market’s consensus expectations. Income investors must take note of the fact that this is also IBM’s weakest free cash flow performance since the beginning of 2001 because it signals potential dangers ahead for continued growth in payouts.

As we can see, IBM’s dividend has become expensive and income investors must be on watch in terms of the company’s ability to sustain future payouts at these levels. Share prices have been in steady decline since 2013 and the stock has developed a series of lower price troughs in its valuation. In technical chart analysis, this is often considered to be a viable downtrend and we do not yet see any signs that this downtrend is ready to reverse.

Unfortunately, management does not seem to be helping matters much in choosing not to release new guidance along with its most recent figures. For IBM, this was a tactic that began in April 2020 and these strategies have done little to arrest the continued decline in share prices. For all of these reasons, we think that IBM is still too risky for income investors and we will need to see better evidence of a material turnaround in the company’s growth picture before we can raise our rating.

Thank you for reading. Now, it’s time to make your voice heard.

Reader interaction is the most important part of the investment learning process. Comments are highly encouraged! We look forward to reading your viewpoints.