I Am 43% Genworth And 57% Fannie And Freddie Preferred (OTCMKTS:FMCC) 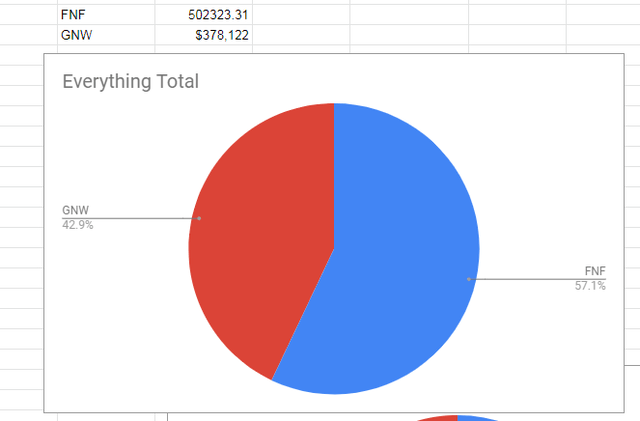 The purpose of this article is to overview the two investments and why I believe these are the best things to own in the investment universe at this point in time and how I expect to make several million dollars in the next 60 days. Both investments have beleaguered, frustrated investors who all seem to have the perspective of “show me,” as they don’t seem to believe anything is going to happen anytime soon because the stories for both have been delays on delays on delays on delays.

Investment Thesis: Genworth is currently trading around $3.51 and China Oceanwide (OTC:HHRBF) is working on completing the transaction funding process of purchasing the company from shareholders for $5.43 after leaping four years of regulatory hurdles. China Oceanwide and Hony Capital came to a general agreement on the commercial terms of the offshore portion of that financing and are scheduled to come out of quarantine at the end of this week and owe a funding status update to Genworth at the end of the following week (October 31). I expect to see Genworth over $5 by early November as the money prepares to move to the US to consummate this acquisition. Second, after 12 years of conservatorship, Fannie and Freddie were able to retain capital about a year ago with the plan to let them build earnings on their balance sheets in preparation to raise capital from public markets. They hired Morgan Stanley (NYSE:MS) and JPMorgan (NYSE:JPM) as financial advisors and their regulator, the Federal Housing Finance Agency (FHFA), is not expected to finalize the capital rule until after the elections, at which point I expect steps are taken that make the companies’ exit from conservatorship irreversible. The steps taken here are likely different depending on the election results but the outcome is the same. Fairly liquid preferred shares currently trade at 36 cents on the dollar and I expect these shares to double before inauguration as the companies are restructured in order to make them attractive for new shareholders who will be recapitalizing them starting next year. As the Genworth deal comes to a close, I plan to be 100% allocated to Fannie and Freddie, mostly preferred, so I can hopefully ride two trains and specifically Fannie and Freddie into long-term capital gains.

I think this rocket ship goes first. This is a new position for me. I stress out over having too much of this when I think Fannie and Freddie clearly have more upside. China Oceanwide and Hony recently announced that they have come to a general agreement on the commercial terms on the offshore part of the financing transaction. After multiple years of delays, funding became the only core outstanding issue in March of this year and COVID-19 delayed everything. The deal was set to close by September, but China Oceanwide and Hony Capital want to meet in person.

According to their previously announced timeline, company representatives of Hony/China Oceanwide are set to be released from quarantine this week and spend the following week finalizing the financing. This deal could close as soon as the end of October or early November. I believe the price is set to spike in a major way on the October 31st update due to Genworth from China Oceanwide. I expect to see a press release from Genworth by November 2 at the latest. I expect this press release to spike the stock through the roof.

I am an active member of Fanniegate, which is an active community that talks about the reprivatization of Fannie Mae and Freddie Mac as the government plans to end their conservatorships by ensuring that they become adequately capitalized. I set up shop on Miami Beach these days with a sign and explain it to anyone who asks, which so far is like 5 people in the past month: 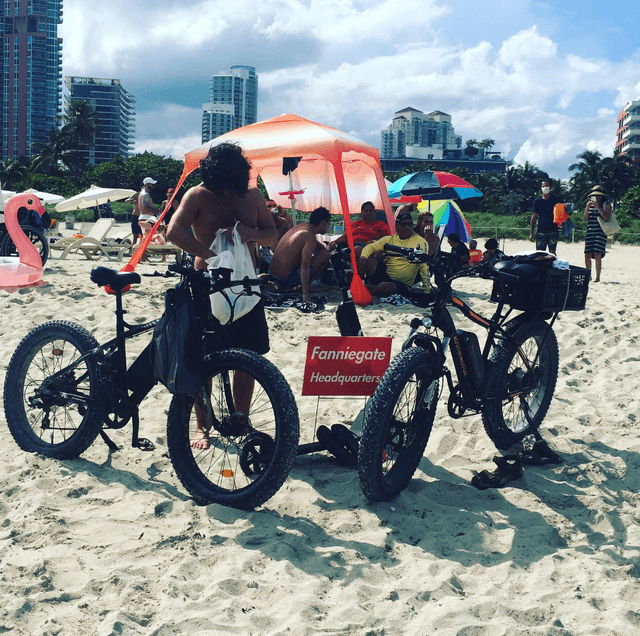 This has been an incredible saga of learning that nothing is going to happen until the election is over. Steven Mnuchin has been saying for years as Treasury Secretary that fixing Fannie and Freddie would be easy and they would get it done relatively fast. Apparently there was a disagreement with Mel Watt, because while Mel Watt was in charge the net worth sweep continued to sweep money away from Fannie and Freddie. When Mark Calabria became FHFA director, the net worth sweep cash payments were stopped and Fannie and Freddie began retaining capital.

The most recently proposed capital rule sets the stage for Fannie and Freddie raising as much capital as they can in order to be determined adequately capitalized. Historically, Fannie and Freddie were required to hold as much capital as would be necessary so that they wouldn’t run out of money during the normal business cycle. The 2008 conservatorship is effectively restructuring Fannie and Freddie so that instead of being treated like normal companies and holding capital in line with their actual risk, they will hold as much capital as they can economically raise in a vote for them to be issues of national security. In 2008, Treasury Secretary at the time Hank Paulson was scared that if the values of the securities that Fannie and Freddie issue fell in price as part of the housing crisis, the entire financial market would collapse. This restructuring basically has nothing to do with Fannie and Freddie being good businesses. They didn’t really need the bailout money. The big banks needed them to be taken over to prevent the banking system from imploding and the big banks tend to be the ones with the executives that run the financial system. Fannie and Freddie were thrown to the wolves and left for dead but as we are finding out, they are impossible to kill because of how great businesses they are.

In order for the companies to raise capital, lawsuits against the governments’ treatment of shareholders need to be resolved. The current director of FHFA, Mark Calabria, wrote a white paper saying that the net worth sweep was illegal. Because of that white paper, he was chosen to lead FHFA. He has already stopped the sweep and he is expected to officially end the net worth sweep in the coming weeks and months as part of setting the stage for an irreversible recapitalization. I believe the time frame for this final senior preferred purchase stock agreement amendment is early November to mid-January, but I expect it is most likely to happen mid-November to mid-December.

I plan on making a few million dollars here. I have two positions. In the next 60 days I plan to move all my Genworth into Fannie and Freddie. I believe that after not making any money for 6 years, I will make it all in 60 days. The markets are insane, but I am the stupid person for betting that things would happen sooner. That said, the market is a gift horse at this point in time if you ask me. This is my strategy and what I am doing and why I am doing it. At this point in time I’m not really open to other ideas but if you follow these ideas and want to reach out to me around the end of this year and have good ideas of your own of which you find yourself currently overlapping with me, please do.

Disclosure: I am/we are long GNW,FMCCG,FMCCH,FMCCI,FMCCL,FMCCM,FMCCN,FMCCP,FMCCS,FMCKP,FNMFO. I wrote this article myself, and it expresses my own opinions. I am not receiving compensation for it (other than from Seeking Alpha). I have no business relationship with any company whose stock is mentioned in this article.