How safe is it to go back to the office?

It is “impossible” to make the office 100 per cent safe, says Paul Hunter, professor of Medicine at the University of East Anglia. “You could spend millions on preparations and then someone gets the infection from the journey in. You can’t legislate for all these transmissions.”

Experts and officials remain divided over the most basic aspects of the virus that causes Covid-19, from the way it spreads to the length of time it lasts on a desk.

But all agree there is no single miracle measure that protects the workforce. Instead, there are many that add up to reducing the risk.

As companies gingerly prepare to reopen their offices, here is a taste of the uncertainties they face.

How safe are open plan offices?

It depends on how they are laid out, cleaned and ventilated.

The open plan office had a bad health reputation long before Covid-19. People working in them took as much as 62 per cent more sick leave than those in more private spaces, studies showed. 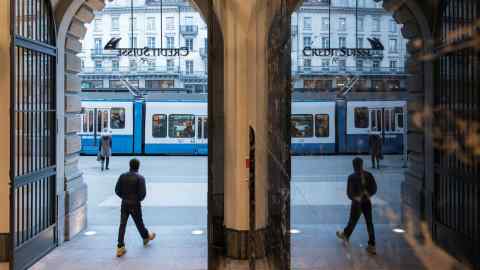 Concerns have surged with a virus that experts say is mainly spread by droplets expelled by a cougher, sneezer or talker that can infect a bystander directly or contaminate nearby surfaces.

After the virus ripped through a Seoul call centre, infecting nearly half the 216 workers on one floor, South Korean health officials reported the pathogen could be “exceptionally contagious in crowded office settings”.

Authorities around the world now advise employers to make sure people can work as far apart as possible but this is not straightforward. Shifts can be staggered, but that requires careful management and it undermines the cost savings that open plan offices are supposed to create. Other measures such as sneezeguard screens between desks might be relatively easy to install but Covid-19 requires frequent cleaning in all occupied office space, and that is expensive.

Do air-conditioning systems help to spread the virus?

The evidence is patchy but transmission risk can’t be dismissed.

One of the biggest unknowns about Sars-Cov-2, the virus that causes the Covid-19 disease, is the extent to which it can spread via smaller particles that float in the air like pollen, not just larger droplets, and potentially pose a threat in badly ventilated, crowded spots indoors where people linger.

Updated guidance from the World Health Organization last month acknowledges that so-called airborne transmission “cannot be ruled out”, lending weight to theories that a recent rise in Covid-19 cases in warmer southern US states could be due to people spending more time together in air-conditioned rooms.

When US researchers studied the ventilation system in an Oregon hospital treating Covid-19 patients, they found enough genetic material from the virus to conclude that air-conditioning could potentially help to spread viral particles, though there was no evidence this had happened.

Another study of a restaurant in Guangzhou, China found air blown by an air-conditioner probably helped a diner from Wuhan infect people sitting at two neighbouring tables more than a metre away.

But that air-conditioning unit was recirculating the same air, says Tony Day, an air conditioning expert who has contributed to industry guidance on Covid-19 safety in the UK.

More sophisticated systems that pipe in fresh air from outside should be much safer, he says, adding the dilution of indoor air was critical and windows should be kept open when possible.

The virus is so new that this advice is bound to keep evolving as more evidence emerges. “Nobody’s done this before,” says Mr Day. “We don’t know what the exact level of risk is.”

Can I touch the door handle?

Health officials say that although the virus is mainly transmitted between people, it might be possible for workers to catch it from touching a contaminated light switch or door handle before wiping their mouth, nose or eyes.

A recent article in the Lancet argued the “chances of transmission through inanimate surfaces is very small” before adding that “erring on the side of caution” was wise.

Scientists found the genetic material of the virus in the cruise ship cabins of infected passengers 17 days after they left the vessel.

That does not mean anyone touching the material would have been infected but other research has shown the complete virus can last for up to 72 hours on plastic and stainless steel.

Lucia Mullen, senior analyst at the Johns Hopkins Center for Health Security, advises employers against expensive renovations. “The science is not fully available on how much your risk would reduce should you change your surface for one that might be more resistant to viruses”. Other factors, such as humidity and temperature may also affect resistance.

Frequent cleaning and disinfection is important. Primrose Freestone, associate professor of microbiology at Leicester university, advises employers to clean and disinfect high-touch surfaces several times a day. If contaminated equipment cannot be sanitised, quarantining it for at least three days should allow the virus to inactivate naturally.

But post-pandemic, officials say the practice is best avoided because of the risk that an infected person will contaminate a desk or keyboard someone else will use the next day.

Anyone keeping hot desks needs to be sure they are carefully cleaned between use.

So far the stairs look safer. There is less chance of getting sneezed on and there is no need to touch buttons.

But happily for people in 30-storey buildings, there is some evidence the virus does not spread easily in an elevator.

The report into the Seoul call centre outbreak found that even though workers in the multistorey building used the same lobby and elevators, the virus spread almost entirely on one floor, suggesting the length of time people were in contact was important.

Still, like so much else in the pandemic, the situation is fluid.

Building managers in some countries were initially told to limit the number of people who could enter a lift at one time and make sure each person faced the elevator walls, not each other.

In June, British employers were told that masks should also be mandatory inside lifts and lift buttons should be pushed with disposable items such as tissues.

Employers might also have to think about issuing workers with lift tokens allowing two rides up and two down per day, says the Chartered Institution of Building Services Engineers.

Should I wear a mask?

Trish Greenhalgh, professor of primary healthcare sciences at Oxford university, puts it bluntly: “Speaking generates aerosols so that’s high risk.” One of the reasons outbreaks have hit meatpacking plants is because workers shout over noisy machinery.

She recommends dividing office work into high- and low-risk activities and saving masks for high-risk stuff. Working at a computer in a private office is low risk. So too is passing a colleague at two metres in the corridor.

High-risk activities include working closely with someone. Lengthy meetings in poorly ventilated rooms would be a reason to wear a face mask — and to keep it on when speaking. Ideally, meetings are short, with few people, held outside or over video conference.

Experts say it is also important for a mask to fit well and, if disposable, thrown out after one use. Cloth ones should be washed.

Should my company take my temperature?

Temperature screening is a blunt tool. It will catch some carriers but not everyone with coronavirus has a high temperature. They could be asymptomatic or develop a temperature later, having spread the virus through the office.

UK regulators also recently warned that some temperature devices were unreliable and might put workforces at risk.

Kathleen Heycock, partner in employment law at Farrer & Co, has seen many British employers instituting temperature screening (despite the government not including it in its advice) without thinking through the implications. If screening is not compulsory, employers need to be clear about why they are doing it and how they will deal with those who refuse to comply.

What about the office canteen?

It requires careful management. Chaotic queues are bad, so too are tightly packed tables.

Other options are packed lunches, takeaways or eating outside. It is best to use individual cutlery servings rather than picking them from a drawer. And handwashing — before and after meals — is key.

During this period of physical fear, we need to feel emotionally safe among colleagues, writes Roger Steare, a leadership, culture and ethics adviser. For many workers, psychological fears have increased as a result of the pandemic. Read more

How is the virtual recruitment experiment going?

Losing a job is never easy, worse still is having to dust yourself off and re-enter the most challenging labour market in living memory. But workers — and companies — are adapting as recruits are brought on board virtually. Read more