How Many COVID-19 Vaccines Has Trump’s Operation Warpspeed Secured?

Moderna has reported some more good news from its trials, stating that its Covid-19 vaccine candidate has a final efficacy of just over 94 percent with nobody who received it during trials falling severely ill. That has paved the way for the company to apply for emergency usage authorization in the U.S. and Europe. That puts Moderna around a week behind Pfizer and BioNTech who already took that step with their own vaccine that emerged from trials with an efficacy of 95 percent.

With the pandemic worsening and the race to roll out the first vaccine heating up, Statista’s Niall McCarthy notes that governments around the world have already reserved close to 10 billion doses before a single candidate has even reached the market. 2.6 billion further doses are under negotiation or reserved as optional expansions of existing deals. The findings come from Duke University who have been aggregating and analyzing publicly available data on vaccine procurement and manufacturing.

The research shows that the U.S. had secured 1.01 billion doses from six different companies up to November 20 which represents the highest quantity of any government apart from India which has made agreements for 1.6 billion. 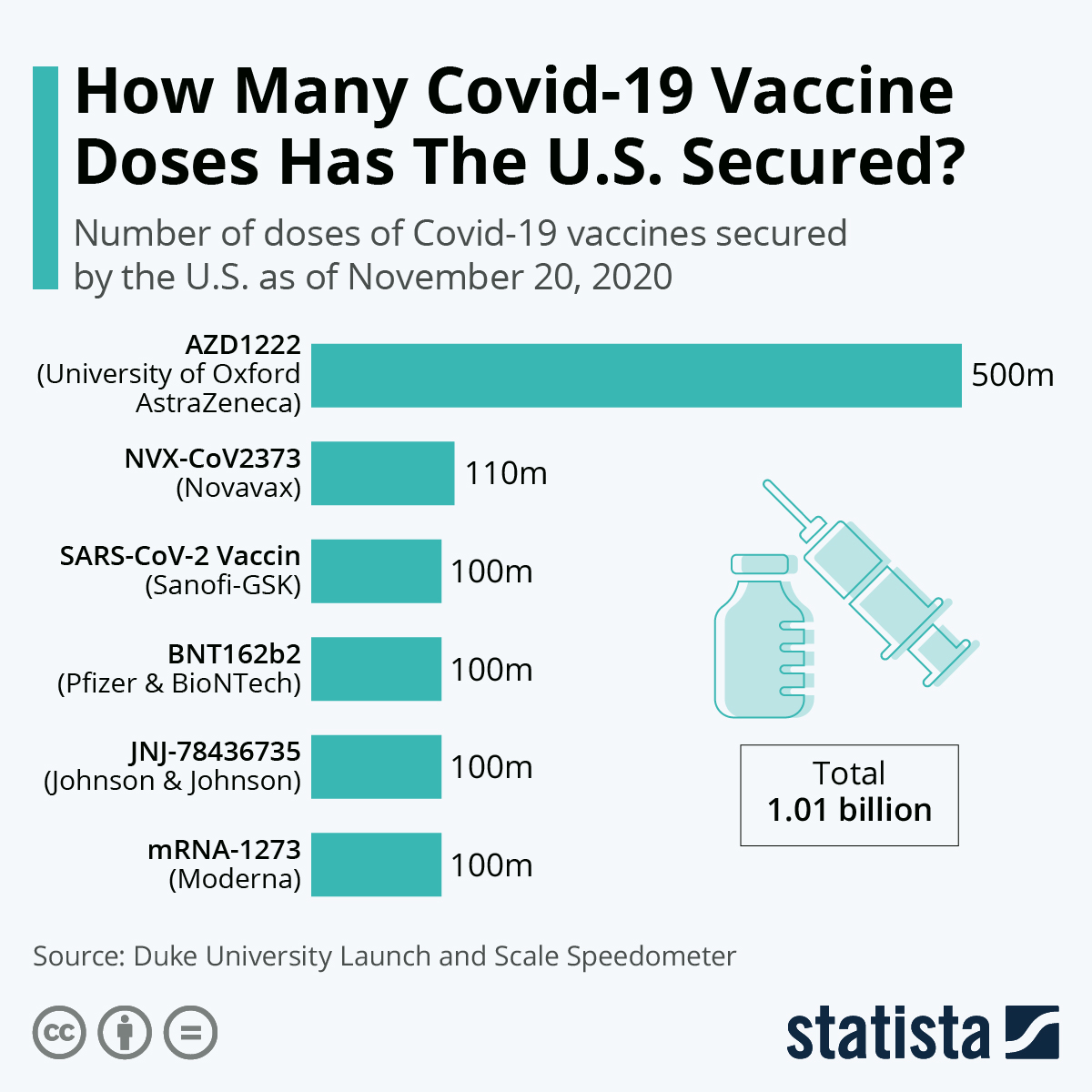 You will find more infographics at Statista

Pfizer/BioNTech and Moderna both account for 100 million U.S. doses each while the U.S. is also set for 500 million doses of the vaccine being developed by the University of Oxford and AstraZeneca.

It offers 70 percent protection according to trials, though it is believed this can be increased to 90 percent by tweaking the dose. The rest of the U.S. supply is made up of candidates that have not reported detailed testing results and it includes vaccines developed by Johnson & Johnson﻿, Novavax﻿ and Sanofi-GSK.