How China Hate Will Damage the US Economy 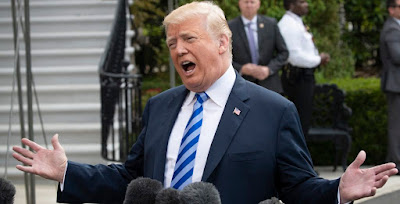 On Friday, Trump supporters in the America First Action committee launched a new wave of attack ads in the swing states of Michigan, Wisconsin and Pennsylvania, framing Joe Biden as “Beijing Biden”, using selective edits of the former vice-president’s past remarks and Chinese-language commentary praising the “Toast of China.”

But a limitation on trade with China could add to the problems being caused by the current lockdowns across the nation.

The prospect os limiting trade is being fueled by general anti-China sentiment in the U.S. and general ignorance about international trade.

A Pew Research poll published last month found that two-thirds of Americans had a negative view of China.

The Trump Administration is at this time is considering numerous steps that would make it more difficult to trade with China and to encourage U.S. manufacturers to operate more of their plants here at home.

Chinese goods accounted for 21% of imports into the U.S. in 2018, according to the office for the U.S. Trade Representative. To the degree the Administration is successful in limiting trade with China, it would shrink the number of products available to Americans.

When U.S. manufacturers shift to produce products in the U.S. that would otherwise be produced in China, it means capital, labor and resources must be pulled from other production–and thus you have a shrinking of the overall production pie.

The administration not only seems willing to adopt such anti-trade measures but they are looking at adopting very aggressive methods to decrease the trade with China.

According to Forbes, measures might include investment subsidies, banning the sale of sensitive goods to China, and raising taxes on the income that American companies gain by dealing with China.