As the novel coronavirus pandemic continues to disrupt world markets and put a damper on growth, investors must still look for sources of alpha. But with U.S. stocks wildly overvalued and even Warren Buffett putting the brakes on any deal-making due to the Fed’s propping up of U.S. markets, where is one to find any decent value?

Across the Pacific, a stalwart of retail Seven & i Holdings Co. (OTCPK:SVNDY, OTCPK:SVNDF) trades at a healthy 14 multiple and is well-positioned to weather the economic fallout from the novel coronavirus pandemic. While seeing a significant decline in sales in some segments like dining and luxury (e.g., Denny’s food service restaurants and Sogo & Seibu department stores), the company is starting to observe huge shifts in consumer behavior, such as massive increases in online delivery sales (e.g., IY Net, Seven Net Shopping, Loft), increases in average spending per customer, and changes in types of purchases.

If you’re unfamiliar with Seven & i, you can check out some of my older pieces:

But in brief, Seven & i is a retail conglomerate in Japan operating in seven business segments, mainly focusing on convenience stores, superstores, department stores, specialty stores, and restaurants, with most of its operating income (around 60%) coming from its domestic convenience store unit 7-Eleven Japan. While Japanese consumers may recognize the company for its ubiquitous konbinis or its giant Ito-Yokado superstores, U.S. consumers may be more familiar with the U.S. arm of its convenience stores, 7-Eleven Inc.

The Situation in Japan Thus Far

As of the writing of this article, Japan has largely avoided the types of large systemic outbreaks of the coronavirus that have affected countries such as the U.S. or China and is on the tail end of a first wave of infections. However, that is not to say Japan has managed to avoid the economic fallout that the coronavirus pandemic has wrought – no country has. 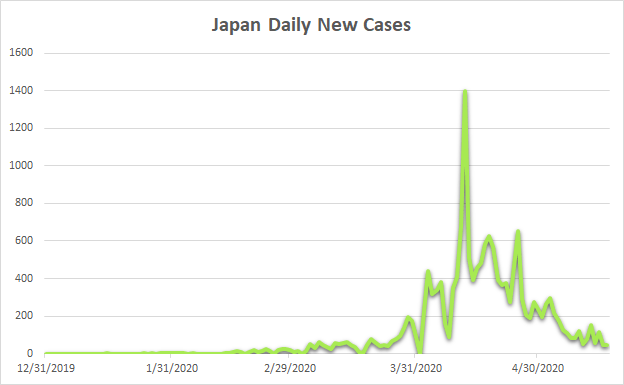 In fact, the coronavirus pandemic has upended traditional Japanese office work-life structures and drastically altered consumer behavior. According to a survey conducted by Persol Research and Consulting firm, as of April 12th, approximately 27.9% of the Japanese population are now working from home as a result of the coronavirus pandemic; in Tokyo alone, that figure rises to almost half the working population. 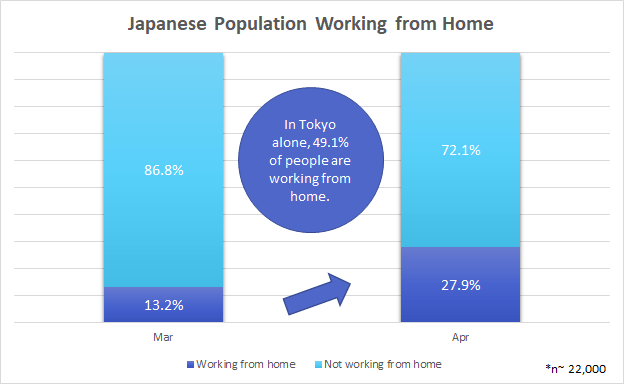 This upheaval of daily life has caused an acceleration of shifts in consumer behavior and spending patterns across Japan. Almost all supermarkets and convenience store chains have experienced some form of panic buying or bulk buying and the resultant supply disruptions from such behavior. However, these temporary phenomena are less intriguing than the changes that may be permanently etched into the personality of the average Japanese consumer. Take, for example, the “gig economy” delivery services: in the week ending April 12th, rival firm Lawson’s (OTCPK:LWSOF) reported that the company achieved double its Uber Eats sales compared with the same week in January before the coronavirus pandemic began. Or organic food subscription delivery service Oisix ra daichi: its meal kits and organic produce have been so popular, it has had to put customer acquisitions on hold as demand is far exceeding its ability to provide.

Impact on Seven & i

But how will this paradigm shift in the way the Japanese consumer thinks and spends his money affect Seven & i?

… this outbreak will have a drastic and permanent effect on shopping habits.

Since Seven & i provides monthly business performance updates to its investors, we can already analyze data from April back to January and get a glimpse of what is to come. Here are some trends that we see: 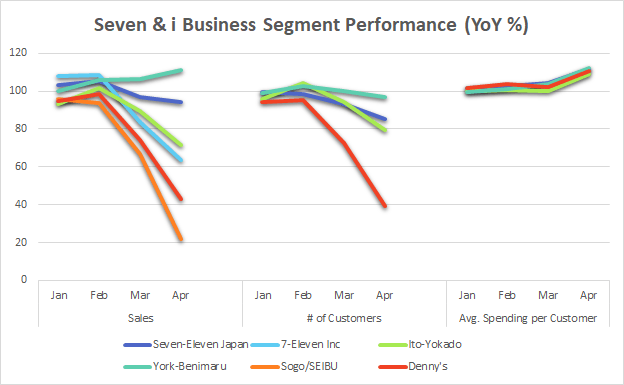 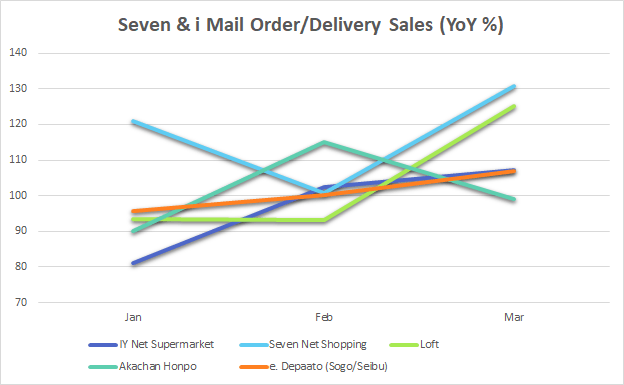 Before the coronavirus pandemic began, Seven & i had structural reform plans in place to reduce the number of unprofitable stores in some of its segments; now, it will need to refocus those efforts, especially in areas like Sogo & Seibu and Denny’s. The company also had plans to test a new payment system (Type A/B), a new coupon app (Beacon), and a refrigerated delivery locker system; in hindsight, those efforts seem prudent as Seven & i’s customer base now shifts online. It will be especially important to analyze the results of its efforts to expand its delivery locker system from just 7-Eleven to Ito-Yokado and other areas. 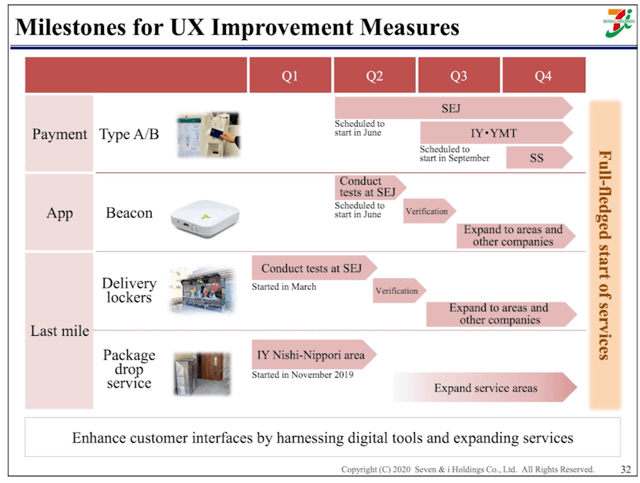 If we compare this to Japan’s total stock market valuation multiple or the Japanese consumer staple industry’s valuation in particular, which have traded at around the 18-19 and 20-21 range respectively these past few months, Seven & i appears to be undervalued relative to its peers.

Notwithstanding that the situation we are currently living in is unprecedented and the company itself has stopped issuing forward guidance for the year as a result of its inability to do so, it is unusual for the stock to be trading so low, especially relative to the soaring valuations elsewhere. While overall profit in general will most likely be negatively affected for at least a year and the company will need to undergo significant restructuring efforts, negative results in some segments (e.g., physical store sales) have been counterbalanced by positive results in others (e.g., online sales). There have been no significant currency movements in Japan (besides a rapid strengthening of the yen in March that was quickly reversed), with the USD/JPY trading in a range of 107-109. Therefore, Seven & i is a strong Hold even in these unprecedented times.