Several US and UK hedge funds were stung this week in an intense shake-up under the market’s surface triggered by a significant development in the fight against coronavirus.

Monday’s news that a Covid-19 vaccine being developed by Pfizer and Germany’s BioNTech was more than 90 per cent effective sent markets soaring. But it also prompted an abrupt switch out of sectors that have prospered during the pandemic, such as technology, and into beaten-down stocks such as real estate and airlines — and triggered an earthquake in some popular investment “factors” such as value and momentum.

“Everything about 2020 has been unprecedented, but the magnitude [of these moves] was exceptional,” said Yin Luo, vice-chairman and head of quantitative strategy at Wolfe Research.

That whiplashed a number of hedge funds. A Goldman Sachs index of the stocks which are most heavily bet against — such as shopping mall operator Simon Property Group — spiked more than 2 per cent at one point on Monday, and has remained buoyant. Meanwhile, the equivalent index for the most popular “long” stock bets, or wagers on rising prices — including shares such as Pinterest and Salesforce — has declined, despite the overall market rally.

One of the most crowded short positions was Unibail-Rodamco-Westfield, Europe’s biggest shopping centre owner, which according to data group Breakout Point was the most shorted stocks across the EU and UK, based on disclosed positions. The company had suffered a fall of around 75 per cent in its share price this year to the end of last week, on concerns about its high debt levels and the impact of the pandemic on bricks-and-mortar retailers.

But Monday’s vaccine news, followed by a victory on Tuesday for activist investors who wanted to block the company’s €3.5bn capital raising, pushed its shares up by 50 per cent in just two days.

The biggest short-seller was New York-based D1 Capital Partners, set up in 2017 by former Viking Global Investors chief investment officer Daniel Sundheim, which had been shorting more than 4 per cent of Unibail’s shares. It suffered a loss of around €100m over the two days on this trade, according to calculations by the Financial Times based on regulatory filings.

Meanwhile, Lee Ainslie’s Maverick Capital, which had been running a short position of more than 2 per cent, suffered a loss of close to €60m over the two days.

Also caught in the market crossfire was Adelphi Capital, one of London’s oldest and lowest profile hedge funds, which manages more than $4.5bn in assets.

The firm, which tends to take long-term positions, has been holding short positions in five real estate stocks, according to Breakout Point, including Unibail and Dutch office and retail property firm Wereldhave, which was the second most-shorted stock across Europe and the UK based on disclosed positions. Wereldhave’s shares jumped 23 per cent in the first two days of this week.

Meanwhile, Adelphi’s bet against shopping mall owner Deutsche Euroshop, whose shares rallied 38 per cent, cost it around €10m over the two days, according to calculations by the FT — though the property company’s shares are still down about 40 per cent this year.

Analysts often divide the equity market into groups according to characteristics known as “factors” — which is considered more refined than just sorting by industries. Many of these made record-shattering moves on Monday. 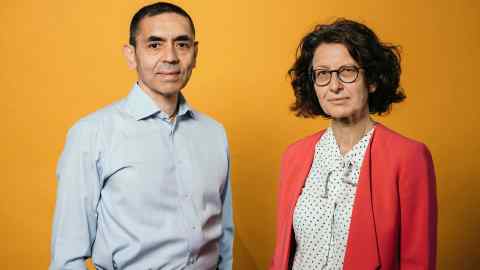 The value factor, which is centred on lowly-priced, unfashionable stocks, enjoyed a 6.4 per cent uplift, its strongest one-day gain since the 1980s, while the momentum factor — essentially stocks on a hot streak — tumbled 13.7 per cent, its worst ever loss, according to JPMorgan.

Monday “was simultaneously a terrible day for both growth and momentum — a really big crash,” said Cedric Vuignier, head of alternative investments at SYZ Capital, which invests in hedge funds.

Although factors like value, momentum or low-volatility — stocks that move more steadily than the broader market — are primarily used by computer-powered “quant” investors, the scale of the moves meant the impact would reverberate across large parts of the money management industry, according to Wolfe Research’s Mr Luo. “The pain is across the board,” he said.