Halliburton: Curling Up And Ready To Hibernate (NYSE:HAL)

On the historic day that crude oil prices for May 2020 delivery dipped well below zero, Halliburton (HAL) posted an adjusted earnings beat for the first period of the year. Revenues declined 12% YOY, the second worst drop of the past three years (last quarter’s had been the worst), but were in line with expectations.

However, what mattered most on earnings day were not the 1Q20 headline numbers. Instead, a look forward into the remainder of the year suggests that Halliburton is ready to hunker down, taking a defensive stance in the face of deteriorating crude oil prices and tight E&P (exploration and production) capex budgets. 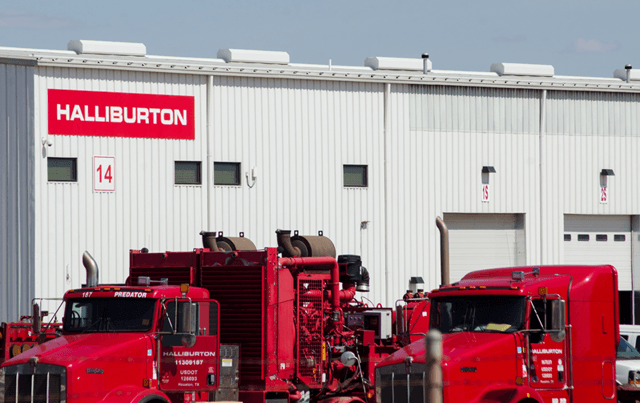 Even in January, well before the current COVID-19 pandemic became an overwhelming global concern, I had pointed out that “the energy services sector would play hardcore defense in 2020, in an attempt to boost earnings amid a highly unfavorable oil and gas drilling and production environment in North America”. Halliburton had already been stacking equipment, reducing fixed costs, and improving efficiency whenever possible. Not a shocker, things did not get any better by the end of the quarter.

Once again, pressure pumping and well construction dragged revenues the most, while drilling, especially in the North Sea and in Asia, fared much better. But the second quarter is likely to be substantially weaker across the board, with all North American basins effectively going dormant through the end of the year at least. It remains to be seen if pockets of strength overseas will emerge, but I find it speculative to think so at this moment. 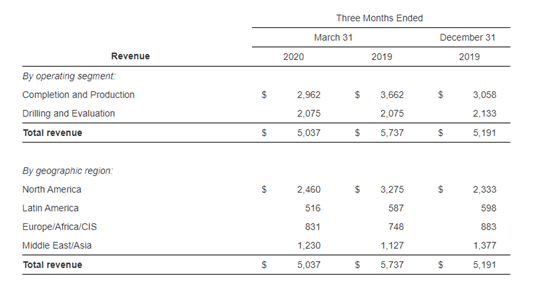 In the absence of revenue growth expected for the foreseeable future, cost containment becomes the most important topic of discussion. Last year, Halliburton operated on very slim margins of about 9%, excluding impairments, but they were enough to allow the company to produce more than $900 million in free cash flow in 2019. This time, Halliburton will need to tighten its belt much more to preserve its $1.4 billion in cash reserves.

To accomplish the goal, Halliburton is slashing overhead by a sizable $1 billion, most of which in the next two quarters. Capex is now projected at only $800 million, just over one-third of 2018 levels. All options seem to be on the table, including cuts in technology investments, reduction in management staff, salary freezes and renegotiation with suppliers.

Judging by the narrative above, it is hard to find good reasons to be optimistic about the energy services space. North America (45% of Halliburton’s 2019 revenues and 56% in the previous year) had already been facing challenges driven by decelerated demand growth, aggressive production targets overseas and rising inventory levels. Now, the continent will likely go into hibernation mode, while drilling and production activity internationally will remain, at best, a question mark.

Sure, HAL is a cheap stock today, at $7.63 per share. Trailing P/E has dipped from about 18x at the end of 2019 (see blue line above) to only 6x now. EV to EBITDA of 3.9x is on par with the lowest levels that the multiple has ever reached, around 2000 and 2008. Speculators may be tempted to buy shares at depressed levels, hang on to them for the next several months or even years, and hope for an eventual rebound.

I, on the other hand, prefer not to take my chances with this stock. I believe the upside opportunity here is, at best, consistent with the downside risk. Amid a period of uncertainty not seen in over a decade, I prefer to place more calculated bets outside the oil and gas sector at this moment. 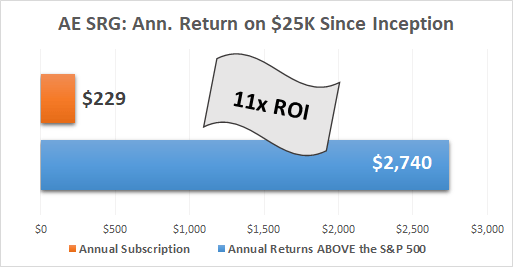