When a decade-long legal battle between Google and Oracle finally reaches the US Supreme Court this week, many in the tech industry will be following the proceedings with unusual interest.

It is not just that the oral hearing scheduled for Wednesday marks a rare confrontation at the top US court between two tech giants, with Oracle claiming $9bn in damages over illegal use of its software.

Nor is it because the case comes to a head just as the two find themselves on a political knife-edge in Washington. The politically well-connected Oracle is trying to win government backing for its deal for TikTok’s international operations, while Google is facing the prospect of a landmark antitrust complaint from the Department of Justice, expected imminently.

But for many in the tech world, the main interest of the case rests on a fundamental technical issue. A Google loss, according to the company’s supporters, would reverberate across the industry, greatly increasing the power of companies that control the most widely used technologies, and making life hard for would-be challengers.

“This is going to hit all platforms — all the things that have caused exponential growth in our industry,” said Joshua Bloch, an engineer who worked on the code at the heart of the dispute.

Pamela Samuelson, a law professor at the University of California, Berkeley, said: “The concern is that the dominant platforms will have much more power.”

The case turns on whether developers need permission to copy the APIs used in other programs. APIs are the interfaces that grant access to particular functions in a program: if a new piece of code uses the same APIs as an existing, widely used piece of software, then it is much easier for developers to repurpose code they have already written to run on the new platform.

That is what Google hoped when it created the Android mobile operating system, copying APIs from Java, a software framework developed by Sun Microsystems. Oracle, which bought Sun in 2009, later sued. After a tortuous series of hearings, an appeals court upheld Oracle’s argument that its APIs should be granted copyright protection, then later added to Google’s pain by ruling that the internet company was not covered by the “fair use” exemption that allows limited use of protected material.

For the software industry, those rulings were a bombshell.

Reusing APIs like this is a common way for other tech companies to make their products interoperate with the most widely used tech platforms, said Mr Bloch, who oversaw the Java APIs while at Sun, and later worked at Google adapting them for Android.

The history of computing is rife with similar examples, he said. They range from the Linux open-source operating system, which was based on the Unix code developed at AT&T, to the early PCs that were cloned to operate like the first personal computer from IBM.

Even Oracle’s database software was based on technology created by IBM — though Oracle argues that there is no direct comparison between this and Google’s reuse of the Java code.

If tech companies are able to limit how others use their APIs, it could allow them to block disruptive new competitors. Kent Walker, Google’s top lawyer, said software reuse was essential to creating competition in the fast-growing cloud computing market. To move data easily from one cloud to another, customers “need to have the macros and the tools that make it easy to manipulate that information”, he added.

A string of landmark legal decisions has supported the permissive use of APIs. It includes cases in which companies copied software so that their games could work on consoles made by Sega and Sony without requiring a licence. In another famous case, Lotus vs Borland, the maker of the first computer spreadsheet failed to block a rival from copying its macros to make it easier for users to switch their work to a different piece of software.

Google and its supporters argue that APIs should be open to reuse because they are a “method of operation” for a computer program, putting them outside the scope of legal protection, rather than the program itself. Like the steering wheel in a car, they are a standard interface that should not need to be reinvented by each new entrant to a market, according to a legal filing from 83 computer scientists backing Google. 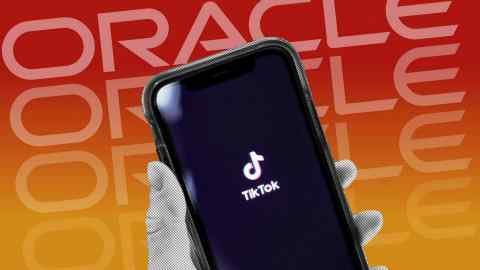 Ken Glueck, an Oracle senior vice-president, said Google was trying to draw a false distinction between interfaces and the rest of computer programs, and that the sheer amount of Java code it took, at more than 11,000 lines, shows it was taking a vital part of the program.

If Google loses on this point, it will have to rely on the argument that it was covered by “fair use”. The challenge will be to persuade the justices that unlicensed copying of software should be more permissible, given the functional nature of APIs, than copying things such as novels and music, said Ms Samuelson of UC Berkeley.

A seven-month delay to the hearing because of the pandemic, meanwhile, has left Google with a steeper legal hill to climb. Following the death of Supreme Court justice Ruth Bader Ginsburg, it has to win at least a five-three verdict to overturn the rulings against it. If the justices are evenly split, Google could seek to have the case reheard in front of a nine-judge court — though Lotus, which lost its case in similar circumstances, failed to get a second hearing.

A straight 4-4 tie, besides handing victory to Oracle, would have one other effect: the case would lose its precedent-setting potential, leaving the rest of the tech industry still facing uncertainty over the legal status of a core technical issue.