Google to pass cost of digital services taxes on to advertisers

Google is to pass on the cost of digital services taxes in Europe to advertisers, complicating the most recent attempts by governments to capture a bigger slice of the US tech group’s revenues.

The company told customers that from November it will charge an additional fee for adverts served in the UK, Turkey and Austria, which explicitly covers the extra regulatory costs in those countries.

Advertisers and publishers are worried that such fees will further dent ad spending that has already been hit hard by the pandemic. The move will raise the price of serving an ad on the Google platform, or purchased through Google Ads, by 2 per cent in the UK and 5 per cent in Austria — mirroring the rates of new digital services taxes that have come into force in those jurisdictions.

In the email to advertisers, Google also said it would charge 5 per cent in Turkey to meet the “significant increases in the complexity and cost of complying with regulations”. All the charges will appear as a separate line item in bills.

Amazon recently took a similar decision to shunt the costs of the UK digital services tax to sellers on its platform. The UK government estimated its digital levy could raise about £400m a year by 2021, hitting large social media groups, online marketplaces and search engines.

While the fees are explicitly tied to new taxes — in a manner similar to how some airlines handle airport charges or green taxes — the measures have not been applied to all countries in Europe with digital services levies.

Google has yet to charge higher fees in France, which has suspended collection until the end of the year, by which time the government hopes a global version of the tax will have been agreed. Austria applied its levy in January, Turkey pushed through a digital tax in March and the UK did so in April. 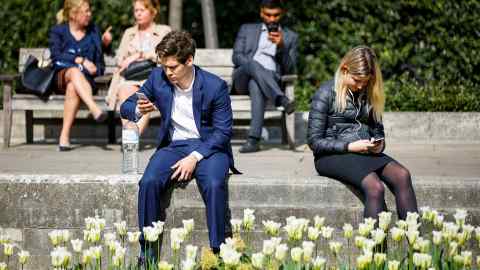 The tech group said on Tuesday that the taxes “increase the cost of digital advertising”.

“Typically, these kinds of cost increases are borne by customers and like other companies affected by this tax, we will be adding a fee to our invoices, from November,” Google said. “We will continue to pay all the taxes due in the UK, and to encourage governments globally to focus on international tax reform rather than implementing new, unilateral levies.”

Phil Smith, director-general of ISBA, the trade body for advertisers, said: “While this is disappointing news for our members, it is the inevitable outcome of the UK’s unilateral approach to digital taxation.”

“We have been consistent in warning government of the potential consequences of this approach, including the risk of an increase in costs to advertisers in the UK market.”

Join the FT for 3 days of digital debate and entertainment, and your ultimate guide to our changed new world

Previous PostBringing the Statement on Longer-Run Goals and Monetary Policy Strategy into Alignment with Longer-Run Changes in the EconomyNext PostWhere Will The World’s Next Giant Gold Discovery Be Made?