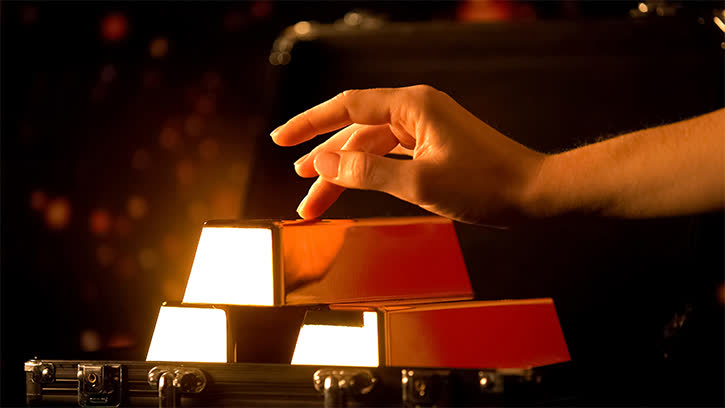 The price of bitcoin swung wildly last week, along with gold, flirting with its all-time high on Wednesday before plunging more than $3,000. The digital currency looked ready for a correction after hovering in overbought territory for about a month, according to the 14-day relative strength index (RSI). Then, this morning, the crypto hit $19,783 and moved above its record high.

Gold, on the other hand, is starting to look oversold, especially after Friday’s selloff on hopes of a vaccine and broad economic recovery.

The yellow metal has also been under pressure from rising bond yields. The yield on the 10-year Treasury has been on the upswing, and as I’ve explained a number of times before, this can have a huge impact on the direction of gold prices. Gold hit its all-time high of nearly $2,070 an ounce on August 6, when the 10-year yield traded as low as 0.5%. Remember, this is the nominal yield. Adjusted for inflation, it’s below zero. 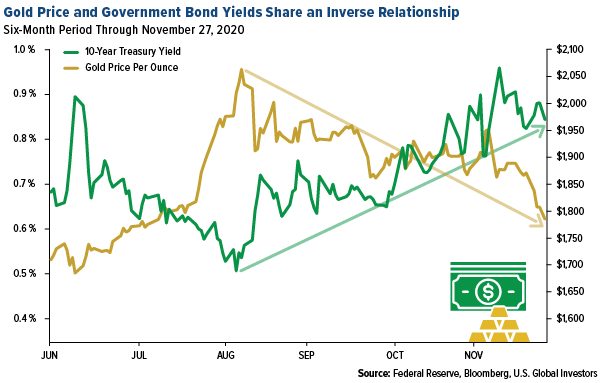 I believe gold is a buy at these prices. The following 20-day and 60-day oscillator charts bear this out.

Looking at the 20-day, gold was trading down close to 2 standard deviations from its five-year mean, meaning its well within the “buy” range. The data says we may see a rally in prices in the short term.

The 60-day oscillator chart also shows that gold is oversold, though not as pronounced. The metal was down 1.5 standard deviations from its five-year mean. This is about as oversold as gold has been since September 2018.

Gold miners have put cost controls in place as the price of the underlying metal rose to new all-time highs. This has resulted in record free cash flow, according to Metals Focus.

In a report dated November 25, the London-based group said that cash flow after capital expenditures for the world’s leading gold miners reached a record high of $4.8 billion in the third quarter of this year. That’s a significant increase of $2.7 billion from the previous quarter, an even bigger increase of $3.3 billion from the same quarter a year ago.

According to Metals Focus, “costs have been contained, with companies remaining focused on maintaining operating and capital cost discipline to maximize value from their [existing] mines.”

This is very good news for investors as this may mean higher shareholder payouts in the future.

Standard deviation is a measure of the dispersion of a set of data from its mean. The more spread apart the data, the higher the deviation. Standard deviation is also known as historical volatility. The relative strength index (RSI) is a momentum indicator used in technical analysis that measures the magnitude of recent price changes to evaluate overbought or oversold conditions in the price of a stock or other asset.

All opinions expressed and data provided are subject to change without notice. Some of these opinions may not be appropriate to every investor. By clicking the links above, you will be directed to third-party websites. U.S. Global Investors does not endorse all information supplied by these websites and is not responsible for its/their content.