GM Doubles Down On EV Future, Clarifying Bet On Its Underperforming Shares (NYSE:GM)

General Motors Co. CEO Mary Barra and the GM board have passed the tipping point in their commitment to an all-electric future, an initiative announced three years ago. In 2017, GM showed the flexibility to develop battery-powered EVs and to replace its gas-powered models at a pace consistent with market and regulatory conditions. The initial $20 billion investment was big; it also allowed for a pivot if events and consumer tastes slowed EVs entrance. 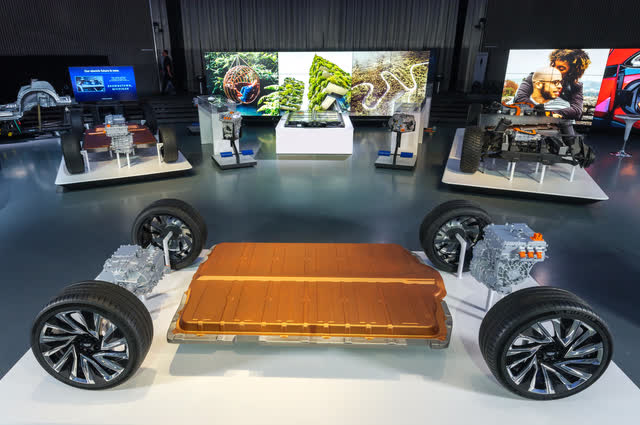 As of this week, GM is signaling with a large investment increase that it’s “all in” and accelerating the switchover so as to assure leadership in fossil-free mobility. It must catch up with the likes of Tesla (TSLA) and Volkswagen AG (OTCPK:VWAGY), which are leading in EVs at the moment.

Barra’s goal is simple and explicit: to put every GM customer into an EV.

With California and Great Britain the latest governments announcing their intention to ban the sale of gasoline-powered vehicles within a decade, GM has staked its future on much faster EV adoption by consumers from the current low rate. The defeat of Donald Trump is another plus for EVs, making moot his intention to reverse California’s exemption from federal clean-air standards; the exemption led the way to the state’s redefinition of CO2 as a pollutant, the rationale for a zero-emission vehicle mandate.

With Democrats about to retake the White House, including the Environmental Protection Agency, the auto industry surely will face tighter fuel-efficiency standards whose ultimate goal is to hasten gasoline’s replacement by electricity. 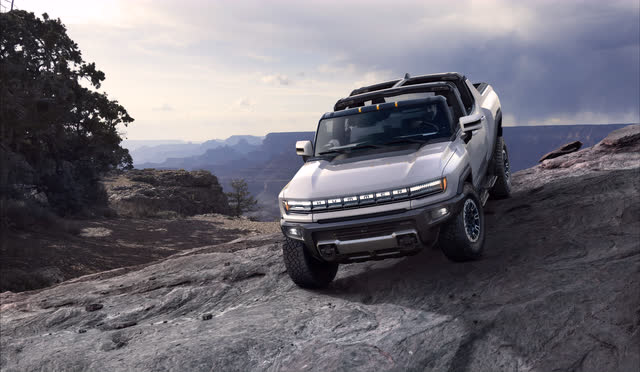 For GM, the migration to EVs also is a bid to attract investors, who so far remain cautious on its stock, which for a decade has underperformed the broader market. Barra and the GM board can only look with envy at EV-maker Tesla, a much smaller and barely profitable company whose market capitalization stands at eight times that of GM. I imagine that GM executives and directors initially must have asked themselves: “Can Tesla investors really be that clueless?” As time went on, they came around to the view that the EV future articulated by Tesla’s Elon Musk now looks much closer to reality and likely to happen sooner than GM previously assumed.

This week at the Barclays Global Automotive Conference, Barra declared that the advantages of GM’s size, scale, experience and expertise are “changing how customers and investors view our company. This is how we will win,” she said.

GM’s EV program is bold and the resources it brings to bear are formidable. The key question for investors, of course, is – beyond the timing of EV adoption – whether GM can execute the strategies it lays out. Having filed for bankruptcy in 2009 and been reorganized with financing from the U.S. Treasury, GM – with all the advantages it has over EV startups, including sizable cash flow – still must overcome legitimate doubts and skepticism that its corporate culture has evolved from one of complacency to one more like the driven, tenacious, win-at-all-cost mindset of Tesla and other young tech start-ups. Barra’s program, to be sure, is nothing if not ambitious; and she has said explicitly — and demonstrated with actions — that this isn’t the same company that failed in 2009.

Another question for those considering a flyer in GM: other EV startups provide an opportunity to bet on the technology. For example: Chinese EV maker Nio Inc. sells for nearly $50 a share, representing a $67 billion market capitalization. In May, Nio shares were selling for about $4.

So far, GM’s only EV offering in the U.S. is the compact Chevrolet Bolt EV, which sold 14,053 through the third quarter, up from 13,111 for the same period a year ago. These are tiny numbers. According to Kelley Blue Book, EVs have captured a slender 1.6% of the U.S. vehicle market so far this year. But in China, in conjunction with its Wuling venture partner, a $4,300 GM EV called the Hongguang Mini, is outselling Tesla’s Model 3 and is the market leader. Mini, which has a range of 105 miles and top speed of 62 mph, notched sales of more than 55,000 through Oct. 31, placing it ahead of Tesla’s Model 3 sedan.

Along with the 30 EV models that GM has announced it will be offering globally by the middle of this decade, the automaker says its Ultium battery system will switch from its current chemistry to a new chemistry that it didn’t describe, which will lower cost and increase the potential range of a fully-charged EV to 450 miles from the current maximum of 400 miles. The new range is impressive, because it – along with construction of more charging stations – could allay the anxiety of some motorists that EVs won’t offer same convenience for traveling long distances as gasoline-powered cars.

By the first quarter of 2022, GM said, it will introduce the GMC Hummer EV, a super high-end pickup truck costing $111,000 and the Cadillac Lyriq SUV, the brand’s first EV. This week, published reports said that GM was offering sums of up to $500,000 to Cadillac dealers who don’t want to sell EVs to surrender their franchise.

The first two EV models from GM to be built on the Ultium battery platform are just more than a year away. They’ll provide a peek at just how well GM is gauging the market and especially customers’ tastes for a new technology.

GM will share its EV tech with Honda Motor Co. (HMC), which will begin building two EV models using the Ultium battery architecture starting in the 2024 model year. A proposed sharing with the Nikola (NKLA) start-up hasn’t been finalized and could fall apart — GM isn’t disclosing details pending the Dec. 3 deadline for closing the agreement.

Until then, GM shares at current prices aren’t too risky, since Barra already has hinted that the automaker will be considering a restoration of its dividend by the spring – an event that may already be built into the price of the stock. Longer-term, GM has cast its fate on the presumption of an EV future that will define global mobility, and one that it will dominate along with a few other players. If GM is correct on both counts – something that won’t be known for a few years – this is the right time and the right price to go deeper in the stock.

Check Auto/Mobility Investors and my regular reports to stay abreast of EVs.