Shareholders couldn’t have asked for much more. On September 23, General Mills (GIS) proved once again that it is a beneficiary of the stay-at-home economy. The packaged foods company delivered its widest top-line beat in the past five years at least, along with EPS growth of nearly 30% that is highly atypical in such a mature industry.

Yet, investors yawned. Although the stock jumped by around 2% right at the opening bell, shares lost steam fast. By mid-afternoon on Wednesday, GIS already traded in the red, alongside a broad stock market that could not find any traction. 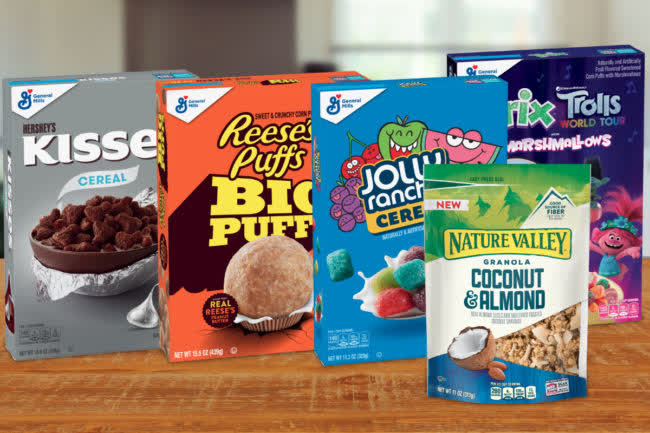 A look at the numbers

Above the pre-tax income line, General Mills crushed my already aggressive expectations across the board. Starting with revenues, the 9% YOY increase (vs. my estimated 7% and consensus’ 5%) was supported by a predictable pattern: mid-single-digit growth or better in most major segments, including pet food, easily offsetting weakness in convenience store and food service (less than one-tenth of revenues this quarter). This is the stay-at-home effect at play.

Generally speaking, sales volume impressed. In the largest North America region, volume growth reached a whopping 17%. It was hard to find many soft spots within each product category, although meals, baking and cereal seem to have done better than yogurt and snacks (the latter group usually associated with on-the-go consumption).

Adjusted gross margin of 36.2% represented a substantial YOY improvement of one percentage point. Volume leverage was a huge component of the margin expansion. Further upside came from the SG&A line, which barely moved over 2019 levels, despite the increase in sales. Here, I believe that the management team deserves credit for controlling costs during an action-packed year for the company.

See adjusted P&L below, along with my pre-earnings day estimates. 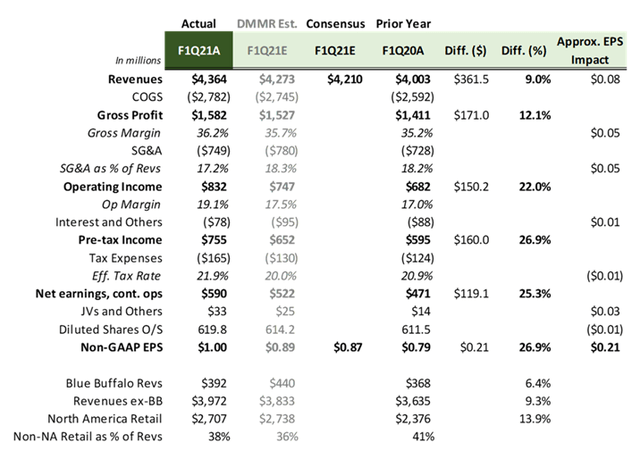 Lastly, it is worth mentioning that the 2020 tailwinds have helped General Mills get back on its feet, after the pricey acquisition of Blue Buffalo put a large dent on the balance sheet. The company’s net debt to adjusted EBITDA has now dropped to 3.0x from 4.2x in 2018 (pro forma), which is already below the end-of-fiscal year target of 3.2x. As a result, the dividend payment was bumped by a modest 4%, the first increase since 2017.

General Mills is proving to be a winner in 2020, in great part due to external forces that have been favorable to the company. The stock is up 8% for the year, ahead of the S&P 500’s 3% increase, but it seems to have hit a soft patch in the past few weeks.

I was already favorable to an investment in GIS ahead of earnings day for portfolio strategy reasons. That is, the stock can perform better than the broad market during adverse economic conditions and serve as a valuable diversification tool. Now, following a blowout earnings report that was not met with much market enthusiasm, I believe that the investment case has become even more compelling.

Beating the market by a mile

Stocks have been on a very choppy ride in the past few months, and the future looks even more uncertain. But all my SRG portfolios have been beating the S&P 500 in 2020 and since inception, while also producing far superior risk-adjusted returns. To find out how I have created a better strategy to growing your money in any economic environment, click here to take advantage of the 14-day free trial today.

READ ALSO  Is There Hope For The US?

Disclosure: I/we have no positions in any stocks mentioned, but may initiate a long position in GIS over the next 72 hours. I wrote this article myself, and it expresses my own opinions. I am not receiving compensation for it (other than from Seeking Alpha). I have no business relationship with any company whose stock is mentioned in this article.