It sounded like the start of a vitriolic critique: “Parisians are layabouts, alcoholics, chain-smokers, disagreeable and lecherous and they all live in a wonderful theme park,” said French editorialist Bertrand Chameroy of the hit Netflix series Emily in Paris now making waves on both sides of the Atlantic.

“All men are pick-up artists, all Parisians have extramarital affairs, all shopkeepers are unpleasant, and all the French have names that make you want to wear a beret and carry a baguette under your arm,” the 31-year-old went on. In the broadcast room of Europe 1 radio, howls of laughter, not anger, ensued.

Emily — played by Lily Collins in the series created by Darren Star of Sex and the City — is an ambitious young woman sent from Chicago by a marketing company to explain the wonders of social media to the hidebound French executives of its Paris subsidiary — and to wear an ever-changing array of expensive outfits. She speaks no French.

French reviews have torn the show apart, criticising the fantastical caricatures of Parisian people and places. It made Jean-Pierre Jeunet’s 2001 popular romantic comedy The Fabulous Destiny of Amélie Poulain look like a 90-minute documentary, Mr Chameroy remarked. Emily, who does not venture out of the wealthy arrondissements, even finds her first lover when she is picked up by a professor of semiotics in the Café de Flore, where Simone de Beauvoir and Jean-Paul Sartre were regulars.

“‘Emily in Wonderland’ might be a better title for this Netflix show,” said French television presenter Marjorie Paillon. “It’s a Paris that does not exist, just as the New York in Sex and the City wasn’t one that New Yorkers recognised. It’s soooo pre-Covid. It’s so 2000, it’s not 2020.”

READ ALSO  How To Steal An Election, Part 3: The Offensive Information Suppression Endgame 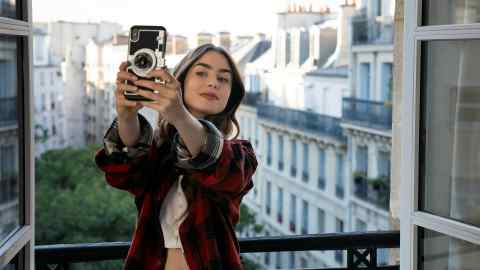 The show, released on October 2, has nevertheless been the most-watched show on Netflix in France for the past four days. While more French people binge-watch it, no angry transatlantic culture war has erupted. Instead, viewers have welcomed it as light relief in the midst of the coronavirus pandemic, economic recession and geopolitical disasters dominating the news.

“I wasn’t annoyed for a second,” said Julia Benke, a 32-year-old Parisian corporate lawyer. “In fact it gave me the urge to see the city again in a new light. I was hooked from the first episode. It’s very girly . . . I spend all day thinking about serious things, and this is a distraction. We need things to make us smile. In the time of Covid, we don’t need more to stress us out.”

Gregory Messina, a US literary agent based in Paris, said the series had crammed in every possible cliché — good and bad — that Americans had in their minds about the French and their capital city, but he admitted: “Without being particularly good, it’s very watchable.”

For Mr Messina, the clichés “are just so exaggerated: the woman who instead of having lunch will smoke a cigarette: Emily stepping in dog shit outside her front door while the chic woman with the dog stands there perfectly dressed . . . And we viewers just keep thinking [dogs apart] how clean the city looks. They must clean every street before they start filming.”

He is not the only Parisian to have remarked on the programme’s glamorous portrayal of a city apparently given over to art shows, fashion parades and elegant dinners. Emily never takes the Métro. She is caught up in no violent clashes between gilets jaunes anti-establishment protesters and the police. She never encounters a homeless migrant camping out next to the Périphérique, the Paris ring road. Instead, one of her Instagram posts is “liked” by Brigitte Macron from the Elysée Palace.

The stereotypes are applied as consistently to the American characters — bad sex, bad food, no culture — as to the French. Judging by his new passport, Emily’s Chicago boyfriend has never been abroad. The self and selfie-obsessed Emily is dismissed as ringarde (vulgar) and a plouc (a hick) by her snooty French colleagues and accused of political correctness.

“You are more like the prude police,” says her bitter French boss Sylvie when Emily questions the wisdom of a perfume advertisement using a naked female Serbian model walking across the Pont Alexandre III to admiring gazes from male spectators. “I’m a woman,” says Sylvie, “not a feminist.”

Many viewers have acknowledged the clichés about Parisians contain some doses of truth — whether the subject is long lunches, arriving late at the office, or the French belief that the Americans “live to work”, while they themselves “work to live”. Nor do many dispute the comparisons drawn between the ever-smiling Emily and her cynical, world-weary French interlocutors, or the frustrated comment from Mindy, Emily’s Chinese friend in Paris, that in recalcitrant France, “Everything is ‘pas possible!’”