Forget Impeachment, The Group of Economists That Could Destroy Trump’s Re-Election Chances 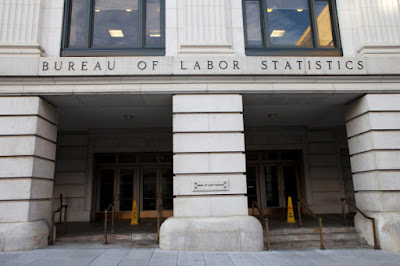 The Trump administration plans to move the Bureau of Labor Statistics’ current headquarters from Washington D.C., near the Union Station, to an office complex in Suitland, Maryland.

BLS employees are not happy. Who the hell wants to move to Suitland?

Ninety percent of the bureau’s employees oppose the move because traffic and lack of transit options would add on average an hour to their daily commutes — in some cases, as much as two hours reports Bloomberg.

Seventy percent of the bureau’s staff of 1,800 is likely to leave by 2022, according to a survey by the union that represents most of its workers, because of the move.

Amid other data, the BLS produces:

Pushing ahead with this BLS relocation is probably a dumber move by President Trump than even his putting John Bolton, who is about to testify before impeachment investigators, in a top position at the White House.

BLS economists at present play it pretty straight. Although there are some who suspect the numbers are massaged on a regular basis, I do not believe that to be the case at the present time. Though there have been some curious moves in the past. See for example, “So Just How Did ‘Core Inflation’ Come About?”

But all it takes is one or two economists high enough up the data collection chain to tweak some algorithms and the price inflation data and the employment picture won’t be looking so good for the President going into the 2020 election.

READ ALSO  What Biden/Harris Will Do

Tweaking the numbers could be easily justified in the mind of one or two BLS economists since many at the agency consider the relocation as a desire by Trump to push out those that are currently reporting accurate data.

Current and former government employees said they’re concerned the administration is seeking to drive out civil servants whose work could undermine the president’s agenda. These researchers are in a position to document, for example, a slowdown in manufacturing employment in part because of Trump’s tariffs.

So taking down the president with skewed data to protect the long-term integrity of the data collection agency may be a trade-off, someone, somewhere in the BLS, may be willing to do.

A note to the President:

Don’t mess with these guys.