We have been experimenting with using a company’s market capitalization and its expected forward year aggregate dividends to forecast the future for both.

Why these measures, instead of say the company’s share price and its expected future dividends per share?

Focusing on a company’s market cap and its aggregate dividend payouts could potentially remove the effects of the artificial impact by share buybacks, providing a clearer picture of whether a company itself might be either over- or under-valued in the current market environment.

In our experiments, we’ve been working with General Electric (NYSE: GE) because the company has been forced to execute dividend cuts that would be expected to reduce its share prices, even as it has been actively engaged in share buybacks during much of the past 10-11 years. The chart below shows the results of our initial cut at using GE’s market cap combined with changes in the expectations for the company’s future aggregate dividends to forecast where both these measures might end up, along with the data of where it did end up. 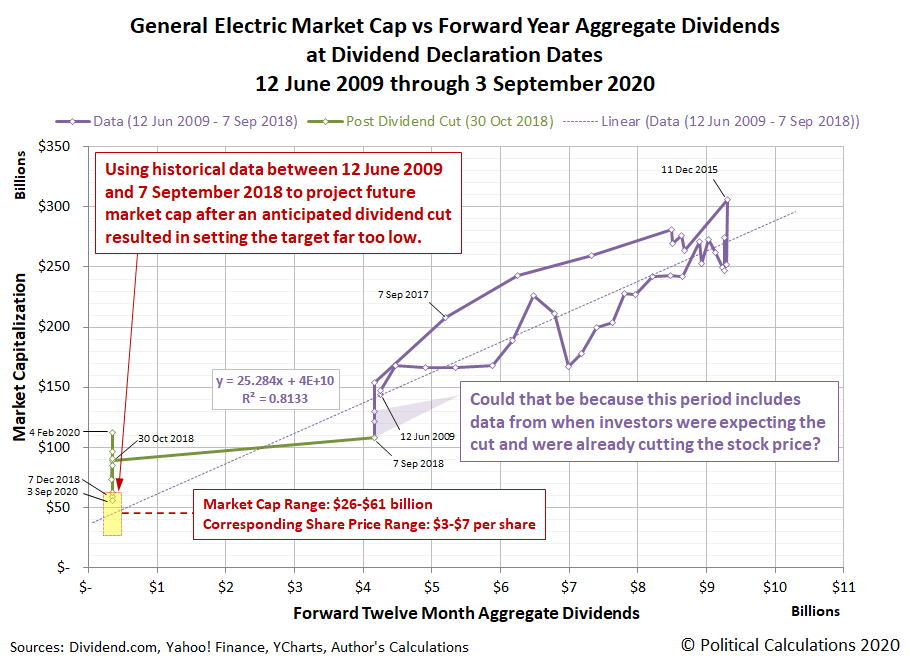 Using the historic relationship between GE’s market cap and its aggregate forward year dividends, we found we could easily project where these measures might go once GE implemented a drastic dividend cut, which it did on 30 September 2018. But as you can see from this chart, this method set the target range far too low.

We next opted to tweak this approach and project the future for GE’s market cap based only on the portion of the historical data where GE’s 30 September 2018 dividend cut was not yet under consideration. The results of that exercise are shown in the next chart. 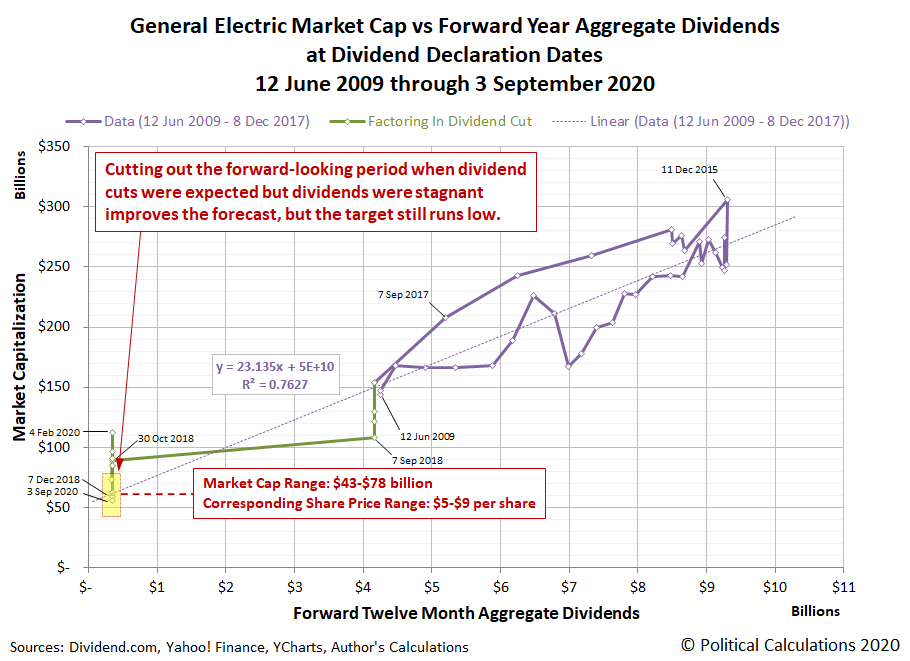 Here, we found that by eliminating the portion of the historical data that didn’t include any of the expectations for GE’s last dividend cut, we could improve our results. But not by very much, as it turns out. The projected target range is still set too low compared with where GE’s market cap has ranged since its 30 September 2018 dividend cut.

We wondered what might happen if we drew a couple of parallel lines to the main trendline to correspond with the relative position of the highest and lowest market caps that GE has recorded since June 2009. The third chart below shows that result: 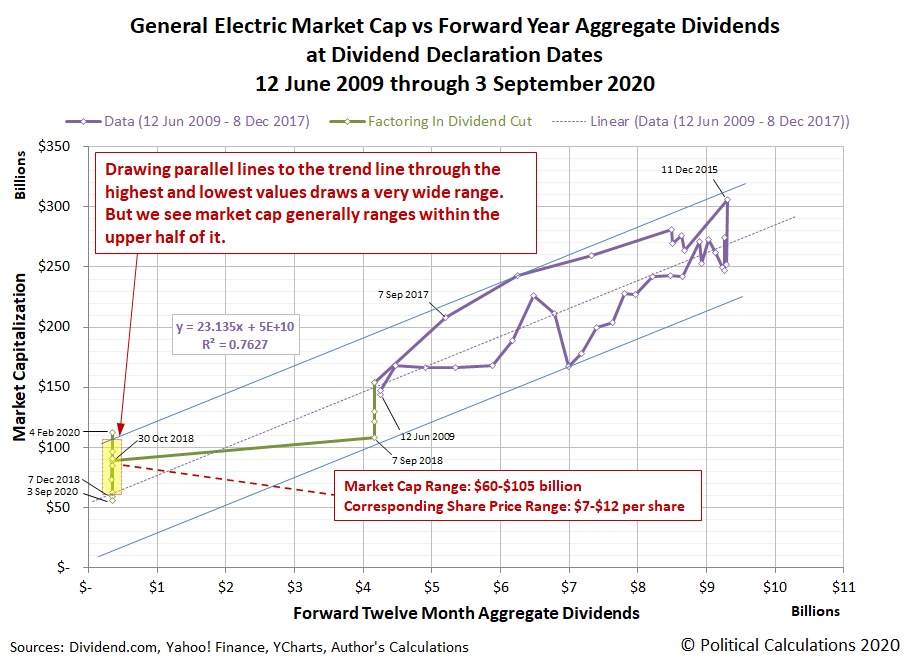 That latter results suggests we may be onto something better than throwing random darts at a moving dartboard, so we’re going to try this method out with a different stock – one that may be acting to cut its dividend in the relatively near future, like GE back in 2018. We’ll present the results of that rough experiment in upcoming weeks.