FirstGroup PLC (OTCPK:FGROF), the UK’s largest bus company and also the operator of rail franchises, is facing a large number of headwinds. The company released its final results on the 8th of July which saw the group turn to a large loss for the full-year 2020. FirstGroup also released the dreaded going concern statement. As FirstGroup continues to face a number of issues, I would avoid the company for now. 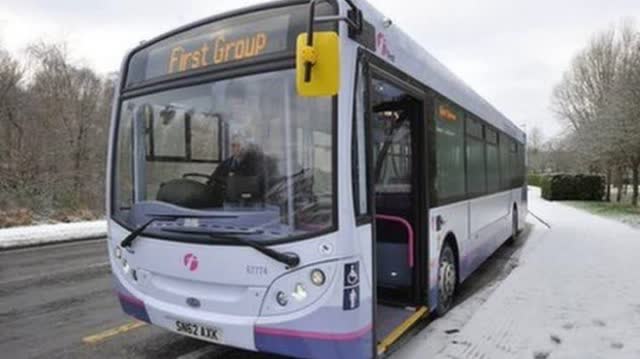 FirstGroup just reported their full-year results which were significantly affected by the coronavirus. The impact in March meant that passenger volumes declined by 90% by month-end. Much of this was due to the lockdown restrictions in place and school bus services not running. The company fell to an operating loss for the period of £152.7 million and an after-tax loss of £324 million which was down from the marginal operating profit of £9.8 million (after-tax loss of £108 million) that was reported for the previous year. The small period of disruption had ample impact on the company’s results.

Looking at the company’s divisional summary, all segments of business were heavily impacted. The company only saw a slight increase in its First Bus and First Rail segments. While the company’s Greyhound segment saw a revenue reduction of 5.3% and already had issues before the pandemic took hold. The poor results in the Greyhound segment will also make it more difficult to dispose of this asset at a material price – particularly in current market conditions. The truth is that FirstGroup was a company that was already struggling a great deal even before the crisis took hold. The company reported a loss in the 2 years prior to the most recent financial results. The most recent financial year results were 95% without COVID-19 impact and so, FirstGroup was already on course to report a poor year and another loss.

In terms of the outlook for FirstGroup, material uncertainty still remains regarding the pick up in demand that will be seen from passengers using their services over the coming months. Social distancing measures will continue to have material impacts on the company’s operating performance going forward. The company’s US division which represents more than 50% of revenues also continues to create a great deal of uncertainty. The majority if not of all the support received by the company so far has been from the UK government in providing greater liquidity. The US business has dragged on FirstGroup and uncertainties regarding this segment have now heightened as they have not been able to dispose of it as planned previously.

The most dreaded thing to come out of the final results was the company’s ‘going concern’ statement:

The Directors noted that the risks set out below indicate that a material uncertainty exists that may cast significant doubt on the Group’s and the Company’s ability to continue as a going concern and, therefore, that it may be unable to realise its assets and discharge its liabilities in the normal course of business.

The company highlighted a number of reasons for the uncertainty. Some of the most prominent of these included:

Although the company believes it can continue operating for the next 12 months or so. These statements and disclosures should not be taken lightly and should raise substantial doubts to investors over the viability of an investment in FirstGroup going forward. The company continues to remain high cash burn, and although they maintain ample liquidity, the company will need to see some stronger signs of a recovery before investors should think about taking a long-term stake in the company.

The board of FirstGroup have covered this going concern statement with optimism stating that the long-term future of FirstGroup remains ‘sound’. This board optimism must be taken with a pinch of salt as generally leadership teams always remain optimistic about the long-term future of their company, even when they are under significant pressure. An example of this includes Markus Braun at Wirecard (OTCPK:WRCDF). Where he assured investors Wirecard had a ‘great future’, a few weeks later, Wirecard was declared insolvent. Although this isn’t the same as Wirecard’s situation, it does show that just because a board is optimistic doesn’t mean you should buy. The market has seen through this optimism as FirstGroup is now down to just a third of what it was prior to the crisis gripping the markets.

FirstGroup does have some runway due to the fact they have £850 million in cash buffer to help weather future uncertainty. £300 million of this was a loan from the Bank of England COVID-19 corporate facility. However, there is a doubt about how much support will be provided going forward for FirstGroup. There is still material uncertainty surrounding FirstGroup’s future, particularly over the near term where there will be no quick pick up in demand. Especially with social distancing measures still enforced. With a market cap standing at £450 million and the largely unpredictable nature of FirstGroup’s current situation, I believe the share price may have further to fall, and I am, therefore, staying away from the shares.