Home Financial news Federal Reserve Warns That a Cyberattack on a Top Five Bank Could Cause Major Disruptions
2020-01-142020-01-14By finanz.dk 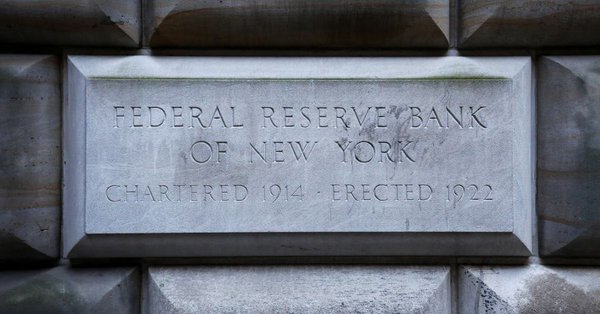 The Federal Reserve Bank of New York has just released a new paper warning about the disruptions that could occur in the financial system as a result of a cyberattack.

The paper, titled Cyber Risk and the U.S. Financial System: A Pre-Mortem Analysis, considered what could occur if one of the five biggest banks involved in the payments system was successfully attacked.

We estimate that the impairment of any of the five most active U.S. banks will result in significant spillovers to other banks, with 38 percent of the network affected on average.

The impact varies and can be larger on particular days and in geographies with concentrated banking markets.

The focus was on the wholesale payments network but the paper stated there would be similarities to old fashioned bank runs:

We begin by integrating cyber risk into the theoretical literature on bank runs, highlighting similarities and differences between cyber and traditional shocks. In some ways, losses related to cyber attacks are similar to other operational loss events that can trigger liquidity runs and lead to solvency issues. Such runs can be panic based or fundamentals based. As in a standard run, a cyber related run would likely result in direct costs to the affected bank and spillovers to counterparties within the financial sector and to the real economy.

Here is a conclusion from the paper as to which counties in the United States would be most and least impacted by a successful cyberattack at the wholesale payment system level on a major bank:

The paper didn’t specifically address what could occur at the ATM/cash machine level but obviously, major disruption could occur. It might result in the inability to withdraw cash from some ATMs and severe limitations as to how much can be withdrawn from ATMs that are still active.

I warned just last week that an Iranian cyberattack might have the potential to knock out the banking system. I stated then:

I am not predicting this will be the type of attack that will occur but it is a prudent time to make sure you have one to three months of living expenses in cash under your bed.

You should have that already but if you don’t, what are you waiting for?

During a crisis with ATMs down, a cash hoard will have tremendous buying power.

I am still not predicting that a major cyberattack will occur, but this Fed paper should be a wake-up call to protect against such a possibility.

It’s time to stuff the mattress.