Fanuc Vs. Yaskawa In The Battle Of The Robots

Some days ago, I wrote an article on the Yaskawa and the robotics industry. That article was my second article on the robotics industry, and to say that I am passionate about this industry would be an understatement. As robot technology improves and its price declines, seeing a robot in our day to day lives will be the new norm. I firmly believe that robots will be the solution to problems like global warming, water and food shortage, etc. But enough with my antics lets get to analyzing a robotics company to make us some money hopefully.

Overview Of The Robotics Industry

Two significant trends are occurring in the robotics industry, and both trends should increase robot demands and make demands less volatile. 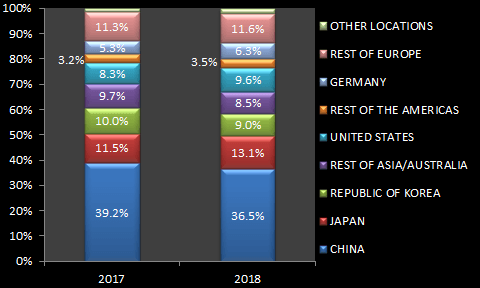 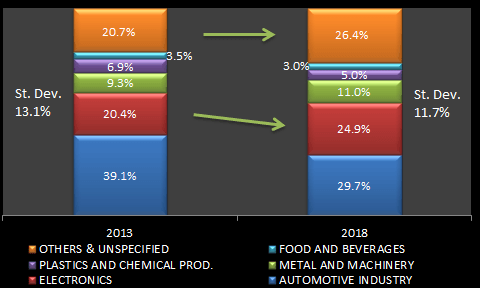 The decrease in the robotics industry’s dependency on a few countries, and a few customer industries should reduce sales volatility for robot makers. 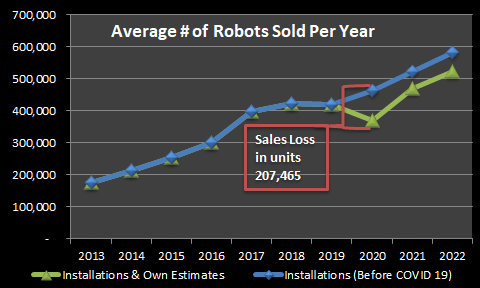 In my second article on Yaskawa, I presented the readers with my worst-case and best-case scenarios for the robotics industry. In this article, I will only show you my base-case scenario, which has a CAGR of 7.5%. Due to the coronavirus, I estimated that the robotics industry would have a total loss of 207,465 units installed. My estimate is based upon a W-shaped recovery during 2020 and accounts for the risk of a second wave of the pandemic or a decrease in business confidence in the short term. 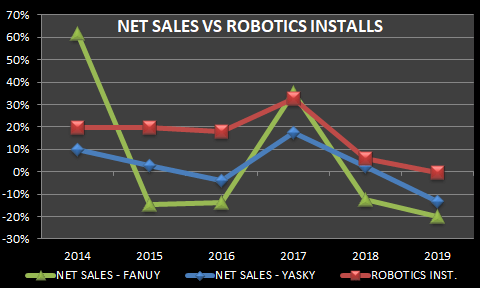 Just looking at figure 4, and it is clear that FANUY has very volatile sales when compared to Yaskawa or the robotics industry. FANUY’s net sales growth standard deviation was 34%, while the industry and Yaskawa were only 12% and 11%, respectively. When a company has high net sales volatility, usually that means they are very dependent on a small group of customers. With that thought in mind, I did a correlation study on FANUY’s net sales growth and individual customer industry installation growth. I discovered that FANUY’s net sales are 99.3% correlated with the automotive industry’s robotics installations, and it has an R2 of 98.6%. I need to dig deeper into Fanuc’s past financial data to see if they shed light on their dependence on only one industry. Still, with such a high R2, they are probably highly dependent on the automotive industry’s demand for new robots.

The Battle Of The Robotics Companies

Fanuc is a better company than Yaskawa when you compare them by their operating margin. Fanuc has a more concentrated customer base than Yaskawa, which is why Fanuc’s sales are so much more volatile than the market or Yaskawa. Fanuc prioritizes dividend payouts over equity growth. In the short-term, Fanuc’s sales should suffer as the automotive industry is suffering from the negative effects of COVID 19 and for this reason, I am neutral on the stock.

In the future, I plan to analyze the rest of the top five robotics companies. With this information, I will create a small robotics portfolio with recommended weights for each company.

Please follow me via Seeking Alpha for analysis of Brazilian and Food Industry Stocks and, occasionally, analysis of the Robotics Industry.