Facebook to block new political adverts a week before US election

Facebook has announced it will prohibit new political advertisements in the week leading up to the US presidential election, in a concession to critics who warn the platform could be used to spread misinformation and manipulate voters in the final days of the campaign.

The move, which marks the company’s biggest action on political advertising to date, is part of a raft of election security measures announced by chief executive Mark Zuckerberg on Thursday.

The platform would also add a cautionary label to posts in which campaigns or candidates prematurely claim victory, Mr Zuckerberg said.

“This election is not going to be business as usual,” he said in a blog post on the platform. “We all have a responsibility to protect our democracy.”

The updated policy will not change Facebook’s controversial decision to exempt political advertising from its usual fact-checking procedure, which was among the issues raised in an audit commissioned by the social media platform. 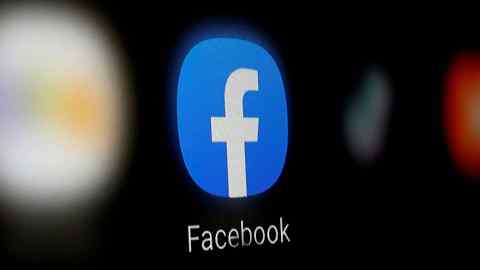 But Mr Zuckerberg argued that Facebook users would not have enough time to scrutinise and debate new claims in political advertisements released during the last week of the campaign.

Existing political adverts will not be affected, with advertisers able to adjust which audiences are targeted, on the basis that they would be publicly accessible through the company’s ad library.

The move is a concession from Mr Zuckerberg, who has come under fire from Democrats and civil rights activists for his refusal to have Facebook fact-check political ads.

The chief executive has maintained that private sector companies should not have the power to censor politicians. That prompted Joe Biden’s campaign in June to call for an ads blackout in the fortnight before the election.

It also comes as US president Donald Trump has increasingly attempted to discredit the mail-in voting system, at a time when a big rise in mail-in ballots is expected due to pandemic-related safety concerns. The large increase in postal voting could delay election results, fuelling concerns that some candidates may attempt to claim victory before all the ballots are counted.

“It’s the first time [Facebook] has gone beyond the letter of the law in terms of political advertising in the US,” said Rasmus Kleis Nielsen, director of the Reuters Institute for the Study of Journalism, while acknowledging the absence of a commitment to fact-check political adverts.

“On the political ads, one week before the election will likely be too little, too late,” said Samantha North, a freelance disinformation investigator.

She was also critical of Mr Zuckerberg‘s comment that he generally believed the best antidote to bad speech is more speech: “That’s a dangerous approach in the current climate, where the population is already suffering from the negative effects of attention overload.”

Samantha Zager, deputy press secretary for the Trump campaign, was critical of the move. “In the last seven days of the most important election in our history, President Trump will be banned from defending himself on the largest platform in America,” she said.

Mr Zuckerberg has previously faced pressure, including from his own employees, over the refusal to remove some controversial posts by the president.

Other election security measures outlined by Mr Zuckerberg include expanding Facebook’s work with state election authorities seeking to counter false information about voting, removing posts that claim that Americans are at risk of catching Covid-19 by taking part in voting and enhancing policies to counter voter suppression.

He also said that Facebook would partner with Reuters and the National Election Pool to provide official results as they become available, labelling posts that prematurely claimed victory and directing users to the platform’s voting information centre.

Previous PostSingle-Family Rentals: The Burbs Are BackNext PostLebanese army discovers ANOTHER stash of ammonium nitrate at Beirut port, a month after deadly explosion