Former San Francisco Mayor Willie Brown, who once kept Kamala Harris as a mistress, reports in on a walk through the Foggy City:

The next part of my journey, a walk through the Tenderloin on my way to Union Square…

Crazies and drug dealers on every corner yelling at each other. And then there’s the open-air thieves market along Hyde and Turk streets, with card tables and blankets displaying goods that appear to have been stolen from nearby Walgreens and CVS stores.

You can buy everything from hand sanitizer to shampoo.

“We sell drugs, too — but ours are legal,” said one sidewalk barker.

“How about some blood pressure medicine? Still in the box!”

Off the top of my head, I know of four Walgreens in downtown San Francisco that have closed in the last year because of shoplifting. 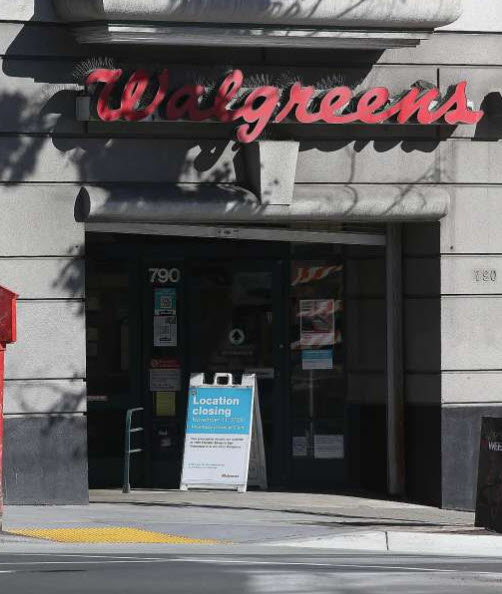 Under California law, theft of less than $950 in goods is treated as a nonviolent misdemeanor. The maximum sentence for petty theft is six months in county jail. But most of the time the suspect is released with conditions attached, reports The San Francisco Chronicle.

But I hear from some merchants that calls to the police for shoplifting are often not even responded to by the coppers.

From a recent Chronicle report:

A recent trip to the store revealed aisle after aisle of empty or near-empty shelves. Beauty supplies appear to be a favored target.

Most of the remaining products were locked behind plastic theft guards, which have become increasingly common at drugstores in recent years.

But at Van Ness Avenue and Eddy Street, even the jugs of clothing detergent on display were looped with locked anti-theft cables.

When a clerk was asked where all the goods had gone, he said, “Go ask the people in the alleys, they have it all.”

Homeless encampments are common in the neighborhood, including two just across Eddy Street.

No sooner had the clerk spoken than a man wearing a virus mask walked in, emptied two shelves of snacks into a bag, then headed back for the door.

As he walked past the checkout line, a customer called out, “Sure you don’t want a drink with that?”

READ ALSO  Spok Holdings: Get Paid While You Wait For Today's Storms To Pass (NASDAQ:SPOK)

Previous PostSE: Bailey Says BOE Is Considering Other Tools Amid PandemicNext PostSE: Keiser Report | We Have a Winner! | E1615