The continent-wide Euro Stoxx 600 fell 0.7 per cent in early trading. London’s FTSE 100 shed 0.8 per cent and the CAC 40 in Paris dropped 0.9 per cent, while the fall for Frankfurt’s Xetra Dax was milder.

Travel companies were some of Europe’s biggest losers following the UK’s decision late on Thursday to make returning travellers from France and the Netherlands quarantine for 14 days, with Paris to follow suit with reciprocal requirements. Shares in Tui and easyJet fell more than 5 per cent, while those in Ryanair and British Airways parent International Airlines Group dropped about 3 per cent.

S&P 500 futures rose 0.3 per cent, which would inch the US benchmark equities index closer towards its all-time intraday high.

US Treasuries steadied on Friday after a sell-off this week, which sent yields higher, following a record $26bn auction of 30-year bonds that saw depressed demand.

“We had the view that as the Covid-19 outbreaks in the US south and west ebbed into August, cyclically sensitive markets including global bonds would start to respond,” said Jason Hunter, managing director at JPMorgan. “[US] bonds seem to be responding to the improving Covid trends and technical set-up.”

The muted atmosphere coincided with Chinese data for July that came in lower than analysts’ expectations, which could raise concerns over the velocity of the country’s economic recovery from Covid-19.

Retail sales dropped 1.1 per cent year on year, the seventh straight month of declines, versus predictions for a 0.1 per cent rise. Fixed asset investment, which includes spending on infrastructure and property, fell 1.6 per cent in the first seven months of the year, defying economists’ predictions for a rebound.

Yu Song, chief China economist at Goldman Sachs, said the latest flurry of data raised the prospect that Beijing would hold its position on stimulus measures.

“With activity growth and unemployment largely steady . . . inflation rising and the virus increasingly under control without full-scale lockdown, policymakers likely see a lack of strong rationale to loosen their policy stance incrementally for now,” he said. 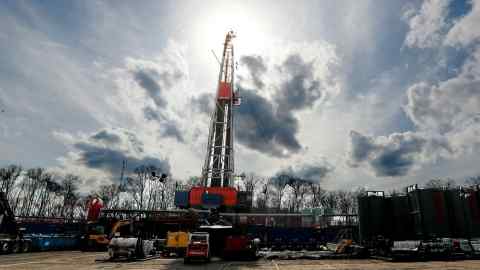 Overnight on Wall Street, the S&P 500 ended 0.2 per cent lower, just shy of its record high, while the tech-focused Nasdaq finished up 0.3 per cent.

The pause for US stocks came as data showed that the number of people who filed for unemployment benefits over the prior week fell below 1m for the first time since the pandemic began. Economists had forecast jobless claims of about 1.1m.

The positive figures dented traders’ expectations that the White House and Congress would quickly agree on a new support package for the millions of Americans left unemployed by Covid-19.

ANZ analysts highlighted the improving unemployment figures and positive inflation data this week as indications of an economic recovery but emphasised the need for more government support. “While this points to some improvement in the economic recovery, the path ahead will be influenced heavily by what comes next on the fiscal stimulus side,” they said.