European stocks started the week on the front foot following rockier trading in the Asia session and a global markets sell-off last week led by big US tech companies.

The region’s benchmark Stoxx Europe 600 was up 1.1 per cent in early trading on Monday, while London’s FTSE 100 added 1.3 per cent.

The rise came despite signs that Europe’s economic recovery is running out of steam amid a surge in coronavirus infections. A 1.2 per cent rise in German industrial production in July undershot economists’ consensus expectations for a 4.8 per cent increase.

Investors are awaiting a European Central Bank monetary policy meeting on Thursday, which may offer clues on policymakers’ next steps to support the eurozone economy.

Sterling fell sharply against the euro on Monday, shedding 0.4 per cent to €1.1173, as fears mounted that a trade agreement between the UK and the EU will be scuppered if Boris Johnson’s government goes through with plans to override the withdrawal agreement.

US markets are closed on Monday for the Labor Day holiday but futures for the benchmark S&P 500 were marginally lower.

Chinese shares accelerated their losses near the close of trading. The mainland’s CSI 300 index of Shanghai- and Shenzhen-listed stocks shed 2.1 per cent and Hong Kong’s Hang Seng index dropped 0.5 per cent.

SMIC’s Hong Kong-listed shares fell as much as 23.5 per cent after Reuters reported that the Trump administration was considering adding the Chinese chipmaker to a trade blacklist. Fears that other companies could be next overshadowed upbeat economic data: Chinese exports rose by more than analysts’ expectations in August, pushing the country’s trade surplus to its highest level this year.

Elsewhere in the Asia-Pacific region, Japan’s Topix fell 0.4 per cent while Australia’s S&P/ASX 200 added 0.3 per cent. Stocks in Tokyo were led lower by SoftBank, which shed more than 7 per cent after it was revealed on Friday that the Japanese conglomerate had spent billions of dollars snapping up stock options on individual US tech shares.

The muted moves in Asian trading came on the heels of a volatile week for Wall Street as investors turned against the tech sector after a breathtaking rally, and anxiety grew about November’s presidential election. The tech-focused Nasdaq Composite closed 1.3 per cent lower on Friday at the end of its worst week since March, while the broader S&P 500 fell 0.8 per cent.

Analysts have warned that a full economic recovery from the health crisis remains a long way off for the US despite data on Friday showing that the world’s largest economy added 1.4m jobs in August.

“While a global economic recovery is under way, we may need to wait until [the fourth quarter] to be sure that momentum is being maintained,” analysts from Pictet Wealth Management wrote on Monday. 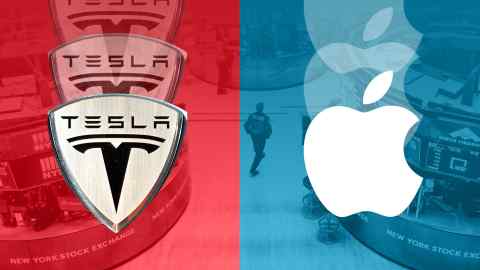 “The concentration of market performance in a limited number of technology and healthcare stocks is feeding uncertainty, compounded by continued China-US tensions,” they added.

Oil dropped after Saudi Aramco said on Sunday that it would cut prices on crude shipments to Asia. Brent crude, the international benchmark, fell 1.3 per cent to $42.12 a barrel while US marker West Texas Intermediate declined 1.4 per cent to $39.21 a barrel.