EOG Resources (EOG) has significantly reduced its capital expenditure budget for 2020 as the company tries to conserve cash amid the oil price rout. The Houston, Texas-based shale oil producer can withstand the slump by tapping into its large inventory of drilling locations that can deliver decent returns even in a weak oil price environment. The company also has an under-levered balance sheet that can absorb a cash flow deficit. EOG Resources, therefore, is in a good position to face the oil price slump. 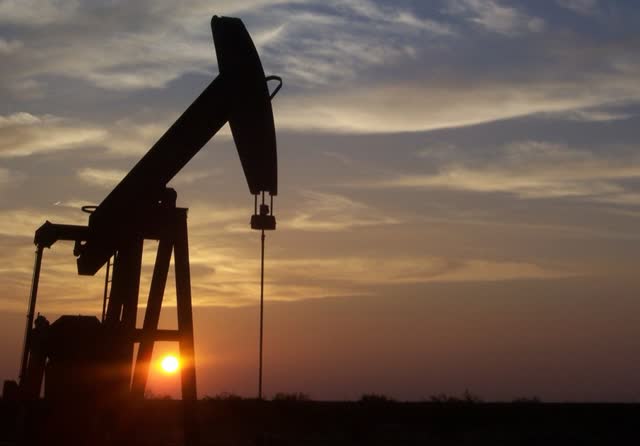 The dual shocks to the supply and demand, triggered by the spread of coronavirus and a global oil price war that’s unfolded between Saudi Arabia and Russia, have rattled the global energy markets. The price of the US benchmark WTI crude has cratered by more than 60% this year from more than $60 a barrel in early-January to just $22.15 at the time of this writing. At this level, the commodity could end up averaging in the $20s to $30s a barrel range in 2020. That’s well below the $50 a barrel oil price which many shale oil drillers used as a baseline when they made annual capital budgets. Now, the exploration and production companies are making quick adjustments in light of the plunge in prices by cutting expenditures.

EOG Resources, which is one of the leading shale oil drillers with a diversified asset base, has also announced a new budget for 2020. The company previously planned to spend $6.3 to $6.7 billion as capital expenditures in 2020, up from $6.23 billion in 2019. The company, like a number of its peers, used $50 oil as its budget baseline. But now, the company has cut its spending guidance to $4.3-$4.7 billion which implies a drop of 28% at the mid-point from last year. This large cut in spending will help the company in preserving cash flows during this challenging period.

The reduction in expenses will be accompanied by a drop in drilling activity in all operating areas. EOG Resources will continue to concentrate on drilling in the Delaware Basin and South Texas Eagle Ford regions. These hold the company’s highest rate‐of‐return oil assets and have been responsible for a majority of its oil production. The company now expects to produce 446,000-466,000 barrels of oil per day in 2020, almost flat from last year but considerably below its previous forecast of 499,000-517,600 bopd. The flat levels of production indicate that EOG Resources has essentially shifted into maintenance mode where its objective is to reduce the spending to conserve cash.

EOG Resources benefits from having a low-cost asset base which puts it in a better position than most to handle weak oil prices. EOG Resources has been touting its massive inventory of what it calls “premium” oil and gas producing wells that can generate 30% or higher after-tax rate of return and a median return of 58% in a flat oil price environment of $40 per barrel. But in the current $20s to $30s a barrel oil price environment, these properties will be put to test. Some of these premium wells will likely generate decent returns even at low oil prices of under $40 per barrel. The company has identified a total of 10,500 premium drilling locations, holding potential resources 10.2 billion barrels of oil equivalents, which can power its production for more than 13 years. Around 80% of these premium locations are in Delaware Basin and Eagle Ford regions where EOG Resources will do a vast majority of the drilling work in 2020.

I expect EOG Resources to deliver superior earnings and cash flows than other oil producers during these challenging times as it focuses on pumping oil from its highest-return and lowest-cost assets. The company has also hedged a large chunk of its future oil and gas production at decent prices which will also support its cash flows. EOG Resources has hedged a total of 200,000 bpd of oil production for the first half of this year and 107,000 bpd for the third quarter using swaps with a weighted average price of around $59 a barrel. The company will continue to receive a great price for these barrels, even as oil tumbles to less than $30.

EOG Resources expects to generate enough cash flows to fully fund its capital expenditures and dividends in an oil price environment of mid-$30s a barrel for the remainder of the year. This implies that at around $35 oil, EOG Resources can generate approximately $5.3 billion of cash flow from operations which can cover the CapEx of $4.5 billion (mid-point of guidance) and dividends of $800 million. In a lower oil price environment, I expect EOG Resources to further cut its spending, which might lead to a drop in oil production but the company will likely preserve the dividends.

EOG Resources might face a cash flow shortfall if oil prices continue to hover in the $20s a barrel range. The company might generate weak levels of operating cash flow which might not cover all of the capital expenditures and dividends. But in my opinion, EOG Resources is in great financial health and fully capable of meeting any cash flow deficits. The company benefits from having a strong balance sheet marked by low levels of debt. At the end of last year, the company’s total debt outstanding was $5.17 billion. This translates into a debt-to-equity ratio of 23.9%, which is substantially lower than the large-cap peer median of 57%, as per my calculation.

EOG Resources, however, is facing near-term debt maturities. Its earliest annual maturities are $1 billion of senior notes due in 2020 and $750 million in 2021. But with an under-levered balance sheet, and with robust liquidity of $4 billion (including $2Bn available under the revolving credit facility), I believe the company has ample capacity to refinance or repay the approaching debt. It can also borrow additional funds, or use its liquidity, to finance a cash flow shortfall.

For these reasons, I think EOG Resources can survive this challenging period. The company’s shares have fallen by 52% this year, due to the slump in oil prices, but it has outperformed the SPDR S&P Oil & Gas E&P ETF (XOP), the industry’s benchmark fund, which dropped by 64% in the same period. I think EOG Resources stock could continue to outperform as it taps into its premium inventory and delivers superior earnings and cash flows than its peers. I believe investors should play defense during the market turmoil and stay on the sidelines, particularly since oil prices are still facing downside risk (as I discussed in my recent article) and a drop can push EOG Resources stock lower. But EOG Resources is one of the highest-quality oil stocks with a great asset base and a solid balance sheet and investors should consider opening small positions if the company’s shares come under pressure.