EOG Resources (EOG) will likely report a big drop in earnings when it releases its quarterly results in the coming weeks. But the Houston, Texas-based company’s cash flows, which will get support from crude oil hedges, will fare better. The company also did the smart thing of monetizing its crude oil hedges. Moving forward, EOG Resources’ earnings will improve and it will likely post free cash flows as oil prices climb to $40 a barrel and the company restores curtailed production. The company likely won’t make any major changes to its capital program and will set a cautiously optimistic tone for the future. 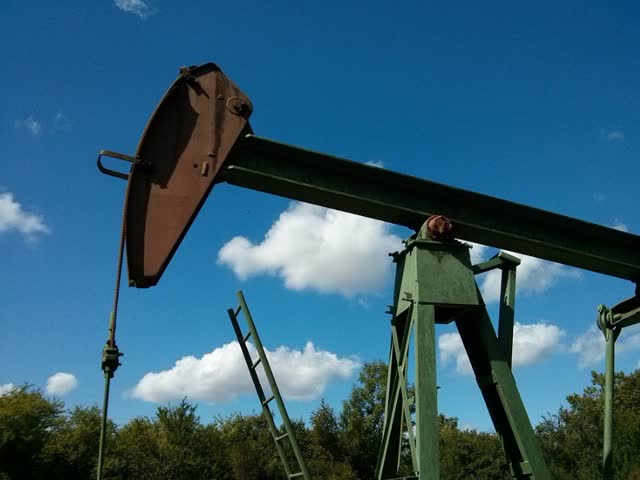 EOG Resources will release its financial results for the second quarter on August 7. The company reported an adjusted profit of $0.55 per share for the first quarter of this year. But its earnings will plunge sharply and might even slip into the red in the second quarter due to the major decline in oil prices and production cuts.

The price of the US benchmark WTI crude plunged from an average of $45.76 per barrel in Q1-2020 to just $27.81 in Q2-2020 amid a double whammy of the demand destruction brought on by the coronavirus and supply-side concerns stoked in large part by the oil price war between Russia and Saudi Arabia. The commodity’s price fell to historic lows in the second quarter, with the WTI futures briefly falling into the negative territory and the spot price averaging just $16.55 per barrel in April.

I expect EOG Resources to realize weak levels of oil prices of around high-$20s a barrel for the second quarter, down from $46.96 per barrel in the first quarter. That’s going to push the company’s earnings substantially lower. Remember, EOG Resources’ production will fall substantially as it cuts capital expenditures and reduces drilling activity. The declining production will also hurt EOG Resources’ earnings. Although EOG Resources is one of the lowest-cost operators in the industry, it might still find it difficult to turn a net profit with declining production and while operating in the $20s a barrel oil price environment.

EOG Resources produced a total of 874,100 boe per day in the first quarter, a vast majority of which (95%) came from the US, including oil production of 483,300 bpd. But following the sharp drop in oil prices, the company cut its capital budget by more than 45% to around $3.5 billion, reduced drilling activity in all regions, lowered its operated rig count from 36 to just six to eight rigs, and removed frac crews. It also plans to curtail around 85,000 bpd of oil production in the second quarter. Its oil output, including curtailments, is forecasted to decline to the range of 300,000 to 320,000 bpd in the second quarter. This depicts a drop of almost 36% from Q1-2020. This large drop in output and weak prices will push the company’s earnings meaningfully lower.

I also expect EOG Resources to report a big drop in cash flow from operations but the cash flows likely won’t fall as severely as the earnings. That’s because the company, which typically doesn’t actively hedge its production, had robust hedge coverage for April and May, a period in which oil prices likely troughed. The company had covered 265,000 bpd of oil production for both April and May using swaps with a weighted average WTI oil price of $51.36 per barrel, 75,000 bpd for April using swaps at $25.66 Brent, and 35,000 bpd using swaps for May at $26.53 Brent. These hedges translate into an average hedge coverage of more than 210,000 bpd for the full quarter. That’s equivalent to almost 70% of the company’s forecasted second quarter oil production. These hedges will provide crucial support to the company’s cash flows in the second quarter.

EOG Resources had initially hedged a large chunk of its oil production for the entire year using swaps. But by late-May, as oil prices climbed to mid-$30s a barrel, the company monetized all of its hedges for the June-December period. In hindsight, with WTI now trading at $42 a barrel, it appears EOG Resources did the smart thing and played the market perfectly. All of those June-December swap contracts were hedged at prices of around $30 to $34 per barrel, well below the current level. If the company had stuck with those hedges, then it risked realizing substantial hedging losses. Instead, the company decided to settle those hedges and will now receive a cash infusion of $364 million.

The good thing is oil prices have now increased to $40s a barrel range. Moving forward, EOG Resources’ earnings and cash flows will climb from the third quarter driven by the improvement in oil prices. I also expect the company to gradually increase production from the second half of the year since the management has been saying EOG Resources’ production profile will mimic the oil price curve. The company was anticipating an oil price recovery, as evident from its decision to monetize hedges and from its production forecast.

In my opinion, EOG Resources will also highlight that it is now well-positioned to generate strong levels of free cash flows in the future. The company, after cutting the CapEx budget by 45%, reducing total lease operating expenses by more than 20%, and concentrating on drilling in some of its best wells that can generate a decent rate of returns at less than $30 WTI, has successfully reduced its cash flow break-even level. In the first quarter, it said that it is now in a position to generate enough cash flow to fully fund its capital expenditures and dividends with oil in the low-$30s a barrel range for the remainder of the year. Therefore, with oil now in the $40s a barrel, I expect the company to generate strong levels of free cash flows in excess of capital expenditures and dividends.

But I also think EOG Resources will set a cautious tone for the future. That’s because oil is still facing an uncertain outlook. The oil demand has recovered as major economies around the world, including the US, Europe, India, and China, ease lockdowns and lift travel restrictions. However, the nervousness over the pandemic that continues to spread in several countries and the growing tensions between the US and China, with Washington recently announcing an end to Hong Kong’s special status, has clouded the commodity’s outlook and likely played a major role in capping oil’s gains. In this backdrop, EOG Resources will likely continue keeping a tight lid on expenses and focusing on generating free cash flows, instead of increasing activity and growing production.

In my view, EOG Resources is one of the highest-quality oil stocks around that can withstand the downturn and thrive when oil prices recover. The company’s shares are trading at an EV/EBITDA (fwd) multiple of around 7.1x, as per data from Seeking Alpha Essential, below sector median of 7.7x and the company’s five-year average of 11.2x. Those investors who can tolerate oil price-related swings should consider loading up on EOG Resources stock.