When there is a change in senior leadership at an organization, it can often signal significant changes are in the air, especially when their unit price is already sitting around decade-plus lows like at the midstream giant, Energy Transfer (ET). Last week it was announced that Kelcy Warren will be stepping aside as CEO for both Mackie McCrea and Tom Long, effective from January 1st 2021. This naturally poses an important question for their predominately income-seeking investors.

Does This Signal A New Strategy & Distributions Reductions?

The most important aspect to remember is that Kelcy Warren will remain as Executive Chairman and thus he will still have final say over their distributions. Whilst this alone does not necessarily mean that a reduction is still not being planned, there are other aspects to consider that indicate nothing significant is brewing in the boardroom.

It should also be remembered that this transition is orderly and thus has been announced months ahead of time, plus both of the new co-CEOs are long-term employees who likely share similar strategic thinking. If they were outsiders, then yes, I believe that this could signal a possible strategic change with new fresh eyes looking over their operations, but this is not the situation.

A much more significant move would have been if he was reducing his massive ownership stake, however, thus far there has been no news and realistically, this seems very unlikely as they are always promoting their inside ownership. It was also positive to see that both of the incoming co-CEOs have acquired new units throughout 2020 during their roles as Chief Financial Officer and Chief Commercial Officer, as the graph included below displays. 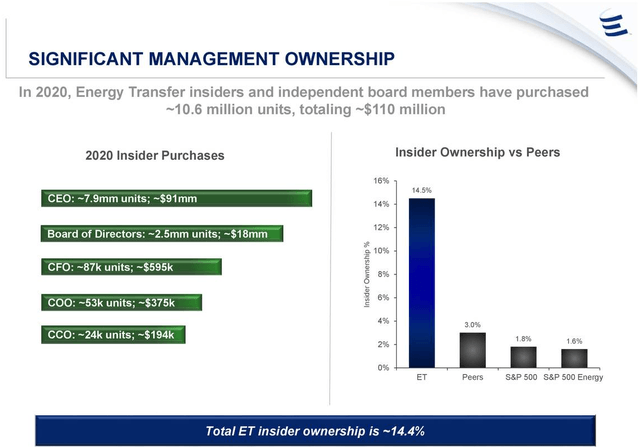 Given the iron will of Kelcy Warren thus far to sustain their distributions throughout the turmoil in early 2020, it would be rather strange to reverse course after the worst has likely passed. Whilst I nor anyone else can necessarily get inside his mind, given the continuing controversy surrounding the Dakota Access pipeline and his already long-term tenure, it would not be surprising if his choice was more driven for personal reasons. This poses the following three questions that I have previously addressed and thus will provide a brief recap for new readers.

Can They Save Their Very High Distribution Yield?

The largest and most contentious topic surrounding their units right now is whether their distributions and the resulting very high over 20% yield will survive this downturn. Throughout the years, they have relied on capital markets to plug the gap between their free cash flow and distribution payments or growth capital expenditure, depending on how an investor wishes to view their situation. At the end of the day, the distributions from a partnership that relies on external funding to cover any cash outflow are never as safe as one that can internally fund everything.

Whilst 2020 has seen their growth capital expenditure reduce significantly compared to 2019, they are forecasting to reduce this by another $2.1b during 2021 with subsequent decreases to follow in later years. This should help them produce free cash flow after distribution payments starting 2021 and help sustain their cherished distributions, as the slide included below displays. If interested in more details regarding this topic, please refer to my previous article. 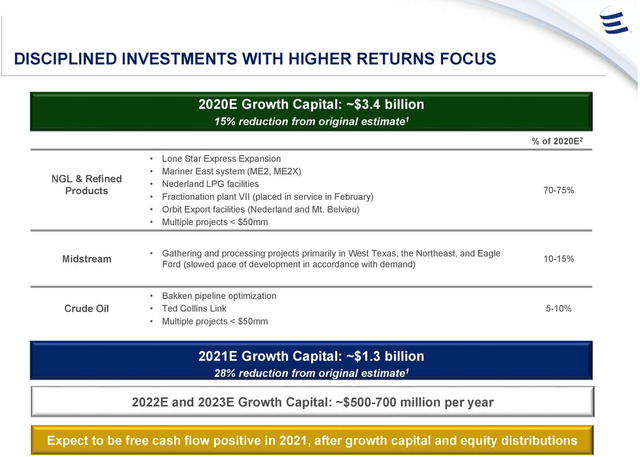 What Happens If They Still Reduce Their Distributions?

Since the risk still remains that they will not sustain their distributions, it nonetheless is worthwhile to consider what would happen if their distributions are reduced. When answering this question it depends if we are talking in the short or long term. The way the market would react in the short term is highly unpredictable and realistically is not the focus of income investors such as myself, nor the focus of this article.

In the long term, the goal of investing is to acquire assets at less than their intrinsic values and thus generate alpha. Since they are primarily desired by income investors, their intrinsic values were estimated by using a discounted cash flow valuation utilizing their distribution payments, but instead, the formula was rearranged to solve for their distributions to illustrate how a negative outcome is already priced into their units.

The results range between 76% and 38% depending on the cost of equity assumption with the average being 57%, as the table included below displays. This means that a significant distribution is already priced into their units and thus unitholders should see little to no downside risk in the long term even if their distributions are permanently reduced significantly. If interested in more details regarding this topic, please refer to my previous article.

Is There An Easy Way To Hedge Or Profit If Their Distributions Are Reduced?

Even though their unitholders should see little to no downside risk in the long term, through using their preferred units (ETP.PC) (ETP.PD) (ETP.PE) it stands to reason that investors could either hedge or profit if their distributions are reduced. To put the strategy simply, if their common distributions are reduced, then in theory, their preferred units will be de-risked and thus should trade with a lower yield. This could see them increasing in value over the following months to a year and help offset the lost income from the common distributions. If interested in more details regarding this topic, please refer to my previous article. 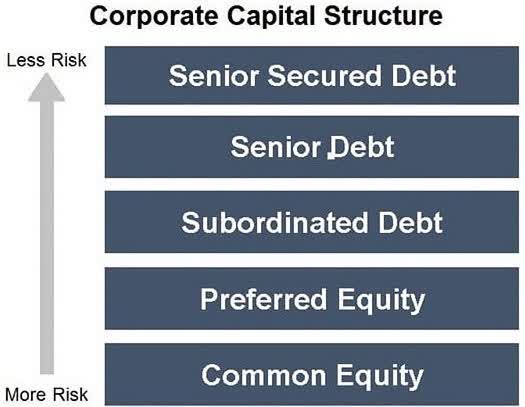 Given the length of time that these two men have already served and the remaining influence of Kelcy Warren, it would be difficult to imagine them reversing course on any key strategies and distributions. Since this has not materially changed anything, I believe that maintaining my very bullish rating is still appropriate since they appear to be an attractive contrarian income investment even if their distributions are reduced.

Disclosure: I am/we are long ET, ETP.PC. I wrote this article myself, and it expresses my own opinions. I am not receiving compensation for it (other than from Seeking Alpha). I have no business relationship with any company whose stock is mentioned in this article.