Energy Transfer (ET) is a company mired in an unfavored industry, and dogged by controversy. Some may be deserved, and some is part-and-parcel to the current politics of oil.

However, what if you already own Energy Transfer units? Or what if you want to gamble on the current 18% cash distribution yield?

Well, let’s nibble at some of the things to think about:

Post-rollup combo, cash flow and EBITDA have been solid, though the 2020 financials point toward a full-year Covid-19 downturn.

In FY 2019, the company enjoyed a strong year-over-year bump. The first half of 2020 has not been as kind; however, it’s important to realize the first two quarters were most likely the worst of it. 2020 has been one of the toughest on record for many businesses. The energy industry hasn’t been spared, nor Energy Transfer.

What The Street Is Saying

When a stock offers an 18% cash yield, it’s a red flag. The Street is saying, without equivocation, the distribution is unsustainable. Looking back to pricing when ET units were first introduced, and factoring in the current business downturn, I contend Mr. Market is stating the distribution will be halved.

Some investors may not want to hear it. But that’s how to view it rationally. On the other hand, Mr. Market is not always right. As a matter of fact, he’s often wrong; sometimes completely wrong.

So What’s the Story?

Well, if we focus upon Distributable Cash Flow coverage, the distribution is safe. In 2Q 2020, the ratio was a comfortable 1.54x.

However, the Street IS NOT focused upon DCF coverage. It’s tracking LEVERAGE. Why? Because the rating agencies stated Energy Transfer’s investment-grade credit rating is at risk unless it gets leverage down. Good investors should not take too much solace in the fact Energy Transfer is easily covering the current cash distribution.

Another clarification: the agencies are LESS CONCERNED about total DEBT. Some investors confuse this issue. Lower net debt is great, but it’s a means to an end. The rating agencies model LEVERAGE ratios. For example, S&P expects Energy Transfer management to get leverage down to ~5.0x in 2020; or at minimum show progress and a view to get there. Otherwise, the agency may lower its opinion about the credit rating to below investment grade (less than BBB-).

In my last article about Energy Transfer (found here), I walked readers through a relatively detailed model about how I believe S&P computes leverage. It’s not a plug-and-chug exercise. There are several underlying premises and adjustments. I am confident my analysis is close to the actual.

Using the same methodology, I re-ran the numbers after Energy Transfer’s 2Q 2020 report.

Well, how can this be? Two tough quarters during a major recession…and leverage is flat?

Net adjusted debt increased by $1 billion. Not good, but not shocking, either. Existing growth projects require capex to wind up. Of the now-expected $3.4 billion 2020 growth capital spend, about 80% will go towards projects planned to be in service in 2020 or early 2021. Completed projects are accretive to cash flow.

However, by the July conference call, management believed it has enough line-of-sight to guide adjusted full-year EBITDA to $10.2 billion to $10.5 billion.

If one wants to premise Energy Transfer management will miss its current EBITDA estimate, the original S&P analyst and yours truly personal FY EBITDA estimate was $8.5 billion. Utilizing that figure indicates a 5.6x leverage ratio.

Investors should be keeping a close eye on the 3Q 2020 earnings report.

In order to manage leverage down, Energy Transfer has several levers to pull. 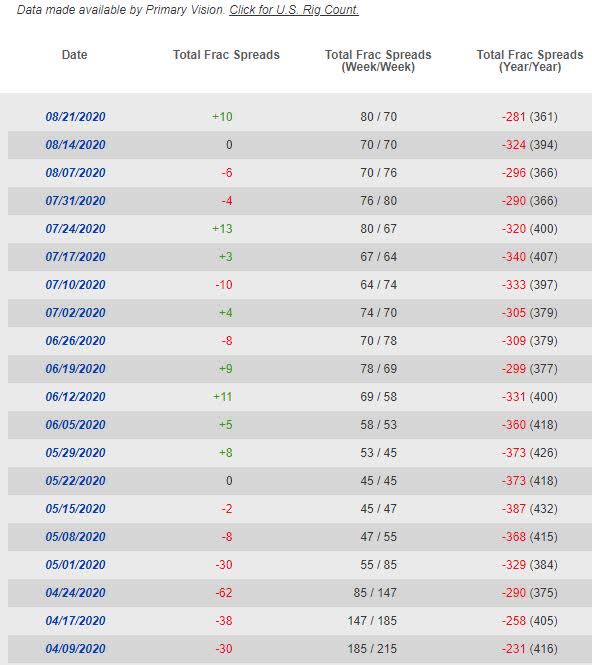 Clearly the investment-grade rating is very important. But I think it’s also important to highlight the various levers we have to pull and the capex reductions that we announced today were obviously a big part of that. We’re going to continue to work with the rating agencies. We’re going to continue to work toward bringing our leverage down. And clearly the distributions are a topic when we discuss how to get the leverage down.

Interested readers / investors may peruse the court filings and catch up on all the blow-by-blow back-and-forth. Be warned: there are a lot of documents, and some are a pretty thick slog. If you’re seeking a clear view, I do not recommend trying to do a gloss-over. The current situation took awhile to develop, and requires a fair amount of energy to research. A primer for certain legal milestones leading to the most recent litigation is found here.

The remainder of this section attempts to provide a quick update on recent matters, some overarching perspective, and my personal opinion on the situation.

DAPL Litigation Is About A Cause

The DAPL litigation isn’t about the Standing Rock Sioux Tribe, pipeline safety, or even the process by which the Army Corps of Engineers granted the Lake Oahe easement. The SRST is a just a poster child for the Left-Green movement. The money, political will, and resources never rested within the Tribe. IMHO, the Left-Greens do not really care about the Tribe, other than using it as a means to an end.

The Left-Greens desire to shut in or shut down the hydrocarbon business: via protest, delay, litigate… then rinse and repeat. I believe many Left-Greens truly believe it’s “for our own good.” It is a moral cause, rooted in the climate change movement, and there is little or no middle ground. The Left-Greens are motivated, well-organized, and have deep pockets. It is their right to pursue the cause.

If you buy that premise, then money won’t settle the matter. It is about a self-righteous, quasi-religious cause.

Energy Transfer management faces the same kind of resistance in Pennsylvania regarding its Mariner Express pipeline. It’s a hydrocarbon pipeline, located in a region without a recent history of hydrocarbon pipeline activity. The pipeline has a target on its back. The Left-Greens objective is similarly straightforward: force it to shut down.

As the DAPL case is winding its way through the courts, the most recent appeal has the USACE petitioning a U.S. Court of Appeals to decide whether it must perform an EIS (Environmental Impact Statement) in lieu of an already-completed EA (Environmental Assessment) associated with its granting an easement under Lake Oahe. The lake is located on federal land.

A lower court, as part of a previous ruling, overruled the Corps and found an EA was insufficient. The court instructed the Corps to complete an EIS. The USACE will continue to maintain its initial EA was sufficient.

The Corps seeks to establish a precedent with respect to its regulatory authority / standing. Sans this license to operate freely, it will argue that every decision it makes may be subject to a “…new, heightened standard of judicial review that will be impossible for agencies to meet…”

Meanwhile, there are multiple, ongoing sub-plots; including how to remedy the lower court-ordered vacated Lake Oahe easement presuming an EIS is required, and whether the USACE gets to decide the operational fate of the pipeline in the event of such vacated easement. The pipeline has been operational for over three years.

Here’s two other snippets I think investors should consider:

The Future of Oil & Gas

In conjunction with Energy industry investments, good investors must consider an important question:

“Are Energy stock investible at all?”

On one side of the ledger, there are those that believe Energy stocks are un-investable. Jim Cramer, the TV host of “Mad Money,” takes this view. Foundation premises include:

On the other side of the ledger, others believe Energy stocks have at least one more hurrah.

Personally, I tend to fall into the latter camp. I suspect the Energy industry has at least a solid decade ahead of it; perhaps longer. If so, there’s plenty of time for the current supply-and-demand imbalance equalize, and actually tip from over-supply to under-supply. Oil and gas are global commodities. Even as western nations curtail its use, the developing nations (like China, India, et al) continue to increase oil and gas consumption, and of course carbon emissions. These countries’ increases outweigh our reductions. If so, our actions will be greatly muted, and Energy stocks may experience at least one more significant up-cycle.

A few things I know for sure: 1) hydrocarbon energy production is dangerous and expensive work; 2) Americans demand a cheap, reliable, and abundant energy supply; and 3) so does the rest of the world.

I look forward to your remarks and comments below.

Please do your own careful due diligence before making any investment decision. This article is not a recommendation to buy or sell any stock. Good luck with all your 2020 investments.

Disclosure: I am/we are long ET. I wrote this article myself, and it expresses my own opinions. I am not receiving compensation for it (other than from Seeking Alpha). I have no business relationship with any company whose stock is mentioned in this article.