BloombergNEF (BNEF) published its New Energy Outlook 2020 (NEO) last week. The NEO projects the evolution of the global energy system over the next 30 years. It is widely utilized by planners, strategic thinkers, and investors in developing long-term forecasts and plans.

The report has three components:

One of the NEO’s most notable projections is that the sharp drop in energy demand from the Covid-19 pandemic will remove about 2.5 years’ worth of energy sector emissions between now and 2050. The report predicts that energy emissions that fell 8% in 2020 as a result of the pandemic will begin to rise again as the economy recovers, but will never again reach 2019 levels. Thus, the report predicts that 2019 will be the peak of global carbon dioxide emissions. From 2027 to 2050 they predict carbon emissions will decline at an average annual rate of 0.7%.

However, the report states that this still puts the world on track for 3.3 degrees of warming by 2100. If the global temperature increase is to be kept below two degrees, emissions would need to fall at 6% per year to 2050.

What is expected to cause the decline in carbon emission? One factor is a projected massive decline of fossil fuel use in the production of electricity. 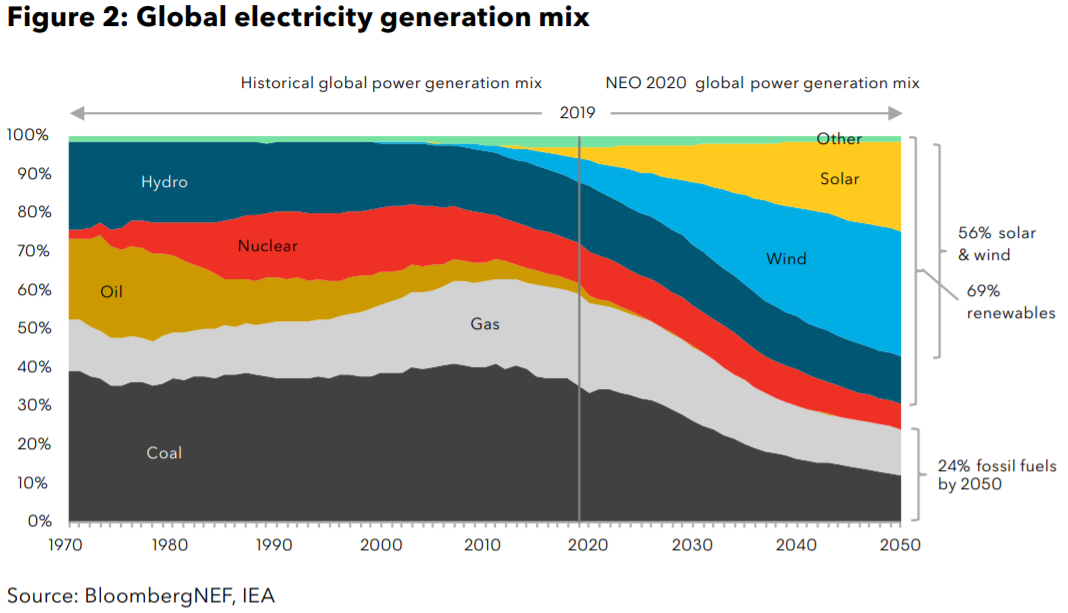 The declining contribution of coal is projected to have the biggest impact on carbon emissions, while wind and solar power are predicted to grow to a 56% share of electricity generation by 2050.

Transportation is also expected to rapidly decarbonize through 2050, with the report projecting that electricity will drive more than 60% of passenger car miles in 2050.

That projection is partially enabled by lithium-ion battery pack prices that are forecast to further decline by more than half over the next decade. 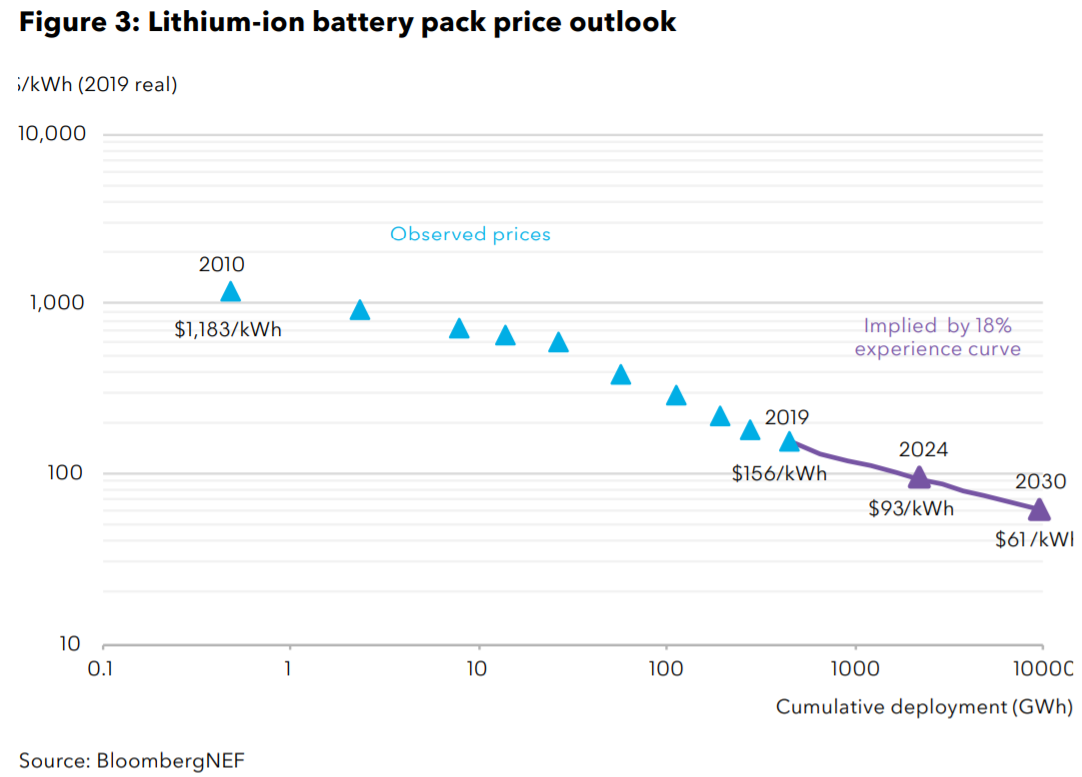 Other notable projections from the report:

READ ALSO  Revlon Is Bombed Out But Not Bust (NYSE:REV)