The chief executive of electric sports car group Rimac Automobili has lambasted the recent popularity to list through blank-cheque companies, which have become one of the year’s hottest investment phenomenons.

Many of the takeovers by special purpose acquisition companies, or Spacs, which are set up specifically to float private groups, would likely fail, said Mate Rimac, speaking at the FT’s Future of Cars summit on Thursday.

“When we go public, I want to show the numbers, real numbers, and go public on reality, not on hype,” he added.

Mr Rimac argued that such blank-cheque deals, which list without the scrutiny of a traditional initial public offering, lack transparency and encourage short-term investing.

“I mean it’s amazing that you can really get so much money right now for companies that don’t have a product,” Mr Rimac said. “Personally, I am scared a little bit.”

Now it’s totally changed, it’s a hype. I just hope that these Spacs will be successful

Scrutiny of Spac deals has increased after Nikola, a US hydrogen truck start-up, was accused in September of being an “intricate fraud” months after listing through a reverse merger. The company floated in the summer despite being a year away from generating revenues.

Other critics of Spacs include Muddy Waters, the US short seller run by Carson Block, and Gabriel Grego, a hedge fund manager at Quintessential Capital, also known for his short-selling campaigns.

In the electric car space, there has been a surge in recent months of companies raising money by merging with Spacs.

UK electric van and bus maker Arrival announced in November it would merge with CIIG Merger Corp, a Nasdaq-listed Spac, in a deal worth $5.4bn.

Chargepoint, the world’s largest electric vehicle charging business, began trading on the New York Stock Exchange in September at an initial value of $2.4bn through a Spac merger with Switchback Energy.

Mr Rimac said that while many electric car start-ups have billions of dollars of funding to fall back on despite poor returns, his own company had been profitable “from day one”.

The Croatian born entrepreneur, who has drawn comparisons with Tesla founder Elon Musk, said he had struggled to raise money after problems emerged at electric car maker Fisker in 2011, which created doubts among investors over the new technology. 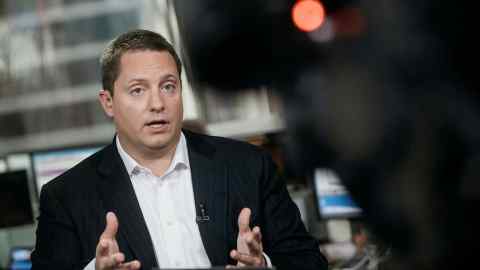 “Now it’s totally changed, it’s a hype,” he said. “I just hope that these Spacs will be successful, some of them. A lot of them won’t, and I hope it won’t hurt the industry too much.

“We want to build a company that will last a hundred years like other strong brands like Ferrari or Porsche. That’s the kind of company we want to build, not something short term.”

Mr Rimac said he did not want to compete with his own customers, and would aim to manufacture about 100 cars a year for the foreseeable future. “We want to be like an Intel Inside” for high-performance cars, he added.

Rimac, which employs 900 people, counts Porsche, South Korea’s Kia and Hyundai among its shareholders and supplies drivetrains and battery systems to a host of carmakers from Aston Martin and Porsche.