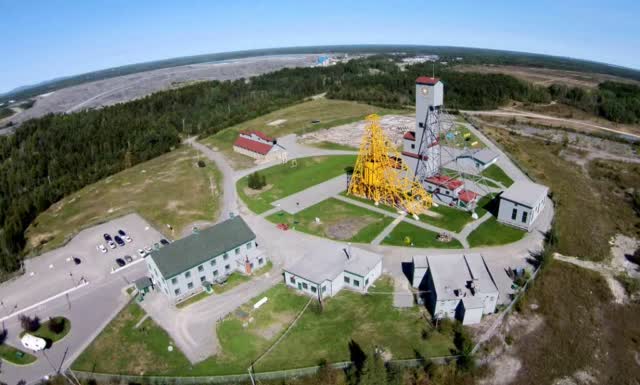 Note: Hitting three bull’s-eyes in darts is known as a “hat trick” or an “Alan Evans shot.” In the case of Eldorado Gold, three mines out of four scored higher production compared to the same quarter a year ago.

The Vancouver-based Eldorado Gold (EGO) released its preliminary production results for the second quarter of 2020 on July 9, 2020. Production was a whopping 137,782 Oz, and I was very impressed with the gold production indicated that I would present below in detail.

Eldorado Gold transformed into an efficient and successful gold miner after a long period of hesitation. It has been a very tedious process with many mistakes and drama along the way, but I think we can declare that the mission has been accomplished, and we can celebrate this coming second quarter of 2020.

The stock has been another less exciting story for some reason. We could complain a bit on this front. Gold is now at a record high at $1,800, and the stock had done nothing else than yo-yoing from a high of $13 three years ago.

Overall, the stock has dramatically outperformed the VanEck Gold Miners ETF (NYSEARCA:GDX), which is considered a benchmark for gold miners.

The investment thesis here is a little tricky. Eldorado Gold can be considered again as the right candidate for a long-term investment. The production for the second quarter of 2020 has confirmed that Eldorado Gold has a solid production base even without Skouries in Greece, and the gold price is an excellent financial boost that should help the company to reduce its debt and invest in CapEx without dilution.

In June 2020, the company released a five-year outlook for 2020 until 2024, which is very encouraging for the next five years and 15-year life for Kisladag. 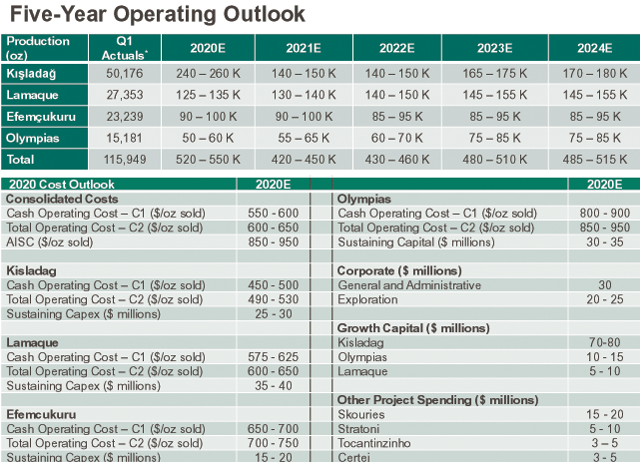 We now have to deal with another invisible difficulty called COVID-19, and how long this “God event” will affect production? But so far, and besides some disruptions at the Lamaque mine in Canada, nothing serious has happened.

However, it is not a reason to abandon my favorite strategy, which is to trade short term at least one-third of your long-term position regularly.

The Greek assets are an essential part of the company and hold a specific potential long term. It has been a frustrating game dealing with the Greek government since September 3, 2019, when Eldorado Gold finally received the permits for the Skouries and Olympias mines in Greece. I have been covering the issue for years, and I recommend reading my preceding articles on Eldorado Gold.

On June 6, 2020, Eldorado Gold released an update about Greece.

It is a slow process, but it seems that we are going in the right direction at a snail pace, which is quite favorable for Eldorado Gold at the moment.

Production for the second quarter of 2020 was 137,782 Au Oz, up 66.6% year over year, and down 18.9% sequentially. It is an excellent production level with a fifth full commercial quarter at Lamaque and impressive results at all its four producing mines sequentially, as it is shown in the graph below.

Note: Lamaque has been declared commercial at the end of the first quarter of 2019. Below is the production per mine compared from quarter to quarter. The company indicated:

Operations at Lamaque resumed on April 15, 2020 following a three-week mandated shutdown by the government of Quebec to address the COVID-19 pandemic. Production was higher in Q2 2020 compared to Q1 2020 due to higher grades and an increase in tonnes mined per day enabled by the recently received Certificate of Authorization from the Quebec Ministry of Environment.

Olympias ramp-up has paid off this quarter, and the five-year outlook seems promising.

Note: Eldorado Gold is not producing gold as a primary metal but produces silver, zinc, and lead as well.

Eldorado Gold reported impressive gold production for the second quarter. Kisladag has been a massive negative in 2018, but the company finally came up with a long-term solution that gives investors what they needed to regain confidence. Production is now slowly going up as the chart below is showing:

The bottom line is that I was delighted and even impressed by this healthy gold production, which will result in record revenue, assuming that the company sold most of the gold it produced. The second-quarter results will look quite impressive with record revenues.

I believe the gold price realized this quarter might reach $1,680 per ounce. In this case, the total revenue for 2Q’20 could be around $250 million well over 40% above the same quarter a year ago.

The crucial question of what to expect in terms of stock appreciation with all this dynamite? It is not as easy as it seems, and many shareholders have been very disappointed by the performance until now. Maybe this time, the market will decide to move more aggressively? 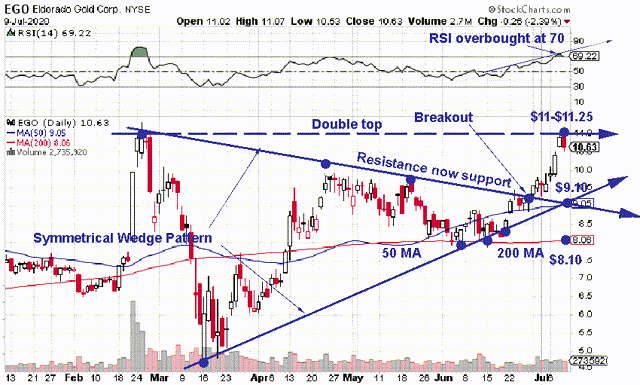 EGO was forming a symmetrical wedge pattern with line resistance at $9.10. The stock experienced a resistance breakout end of June and quickly rose to $11-$11.25, which is a double top resistance.

The immediate strategy is to sell about 20% or more of your position at this level and wait patiently for a retracement that could push the stock to $9.10, which is support. This strategy makes sense if we look at the RSI now at 70.

However, EGO is moving in correlation with the gold price, and whether or not the company will be able to cross $11.25 will depend on how bullish gold will be in the next few weeks. I am not very optimistic about gold right now and believe the yellow metal is overbought. Yes, gold can still go higher, but is it reasonable? I do not see a huge run-up from here, and I think a meaningful retracement is in the cards.

EGO is a solid stock now, and the chance of a retest of $12-$13 is pretty high down the road. The question is that the stock may retrace a little before it happens. In this case, recommend buying and accumulating EGO below $9.75.

Author’s note: If you find value in this article and would like to encourage such continued efforts, please click the “Like” button below as a vote of support. Thanks!

Join my “Gold and Oil Corner” today, and discuss ideas and strategies freely in my private chat room. Click here to subscribe now.

You will have access to 57+ stocks at your fingertips with my exclusive Fun Trading’s stock tracker. Do not be alone and enjoy an honest exchange with a veteran trader with more than thirty years of experience.

“It’s not only moving that creates new starting points. Sometimes all it takes is a subtle shift in perspective,” Kristin Armstrong.

Fun Trading has been writing since 2014, and you will have total access to his 1,988 articles and counting.

Disclosure: I am/we are long EGO. I wrote this article myself, and it expresses my own opinions. I am not receiving compensation for it (other than from Seeking Alpha). I have no business relationship with any company whose stock is mentioned in this article.

Additional disclosure: I own a small long-term position, but I trade short term mostly the stock. I may change the strategy depending on the second-quarter results.