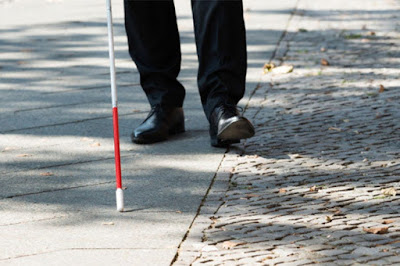 
The British philosopher Derek Parfit, who died in 2017, was by no means a libertarian. So far as I know, his political views were conventionally leftist. But he destroys egalitarianism with his levelling down objection.

If you say that equality of wealth or income is morally required, aren’t you committed to the following strange consequence? A state of affairs in which everyone lives in poverty is morally superior to one in which a group of people in the society have become wealthy. In the latter situation, the rest of society stays poor and inequality has thus increased. Even though none is worse off in the changed circumstances and some have gained, the egalitarian dogma requires us to remain content with universal poverty. Doesn’t this example show that equality of wealth or income, if pursued as an unconditional goal, leads to morally unacceptable consequences?

Parfit states the essence of his argument in this way: “Suppose that those who are better off suffer some misfortune, so that they become as badly off as everyone else. Since these events would remove the inequality, they must be in one way welcome…even though they would be worse off for some people, and better for no one. This implication seems to many to be quite absurd. I call this the Levelling Down Objection.” Parfit’s essay appears in The Ideal of Equality (2000), edited by Matthew Clayton and Andrew Williams.

Egalitarians might at first be tempted to counter Parfit by appeal to the alleged bad effects of inequality. What if the poor find their self-esteem lowered by the prosperity of the newly fortunate? What if the increase in wealth enables the fortunate few to seize control of the government? By stress on such possibilities, egalitarians seek to escape the force of Parfit’s objection.

But replies of this kind miss Parfit’s point: the levelling down objection has a narrower focus. Egalitarians think that equality has intrinsic value: they advocate it for its own sake, not just to forestall bad consequences. Thus, they have to say that the situation Parfit depicts has been in part a change for the worse, even if these supposed bad consequences of inequality do not come to pass. Parfit’s question retains its full force: why is the situation worse than complete equality when some in it have been made better off, and none worse off?

Larry Temkin, a radically egalitarian philosopher who once studied with Parfit, attempts to counter the objection. In so doing, he startles us with the following comment: “Isn’t it unfair for some to be worse off than others through no fault of their own? Isn’t it unfair for some to be blind, while others are not? And isn’t unfairness bad?…But, the anti-egalitarian will incredulously ask, do I really think that there is some respect in which a world where only some are blind is worse than one where all are? Yes.” Temkin hastens to assure us that he does not favor blinding everyone to make things fair: “Does this mean I think it would be better if we blinded everyone? No. Equality is not all that matters. But it matters some.”

It is heartening that Professor Temkin shrinks from this final absurdity, but his position remains bizarre. We may imagine someone who witnesses an airplane crash in which several hundred people die. As he looks on the scene of disaster in shock, Professor Temkin consoles him: “At least there were no survivors.” (As an aside, when I came up with this example about twenty years ago, some in my audience were kind enough to laugh.)