Duke Energy: Come For The 4.7% Yield, Stay For The Valuation (NYSE:DUK) 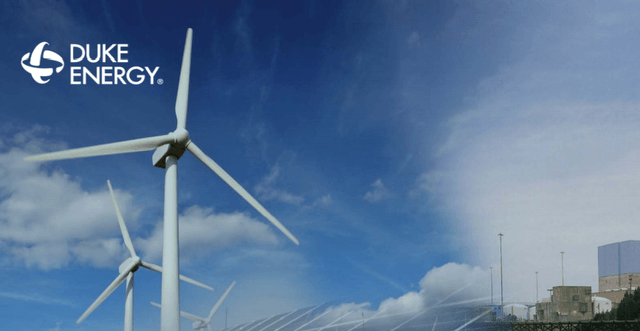 Utility stocks have been vastly outperformed by growth stocks in the past several months, as is customary during raging bull markets. However, for investors that are risk-averse, are seeking value, and want a reliable high yield, utility stocks offer a safe place to park your money.

One such stock I think is priced attractively is Duke Energy (DUK), which you can see below has pretty much missed the entire broad market rally for the past few months. 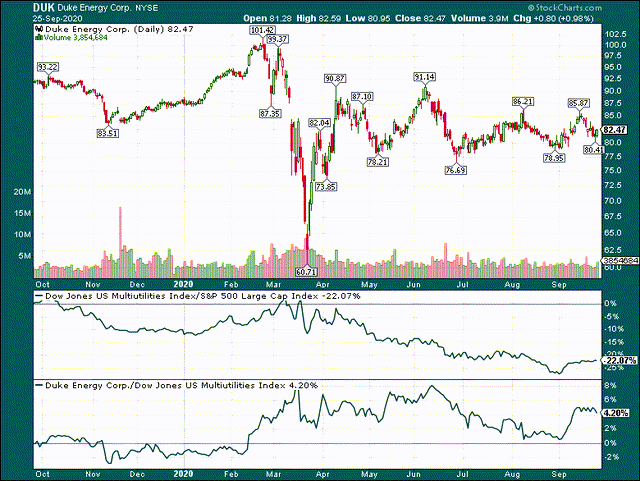 The utilities have underperformed the S&P 500 by more than 20% since the bottom in March, but to its credit, Duke has beaten its benchmark for most of the year. While the utilities may be out of favor, for investors with long horizons, I think that is exactly the time to buy.

Duke has also tested support at the $77/$78 level three times since May, with successful tests each time. At $82, I think your downside risk is that level, meaning risk/reward at current prices is quite good.

Utilities in general aren’t exactly known for their torrid growth rates. They have many external factors like regulators, the weather, population shifts, etc. that are fully out of their control. However, they generally produce steady revenue and earnings growth, which allows them to pay their ample dividends.

Duke is no different as it should see a ~2% gain in the top line this year, followed by ~3% gains annually in the coming years. Duke has massive scale as it is the largest regulated utility in North America, operating in seven states, so it is diversified geographically more so than most utilities. Smaller utilities often operate in very small areas, driving additional risk due to lack of diversification, but Duke doesn’t have that problem. 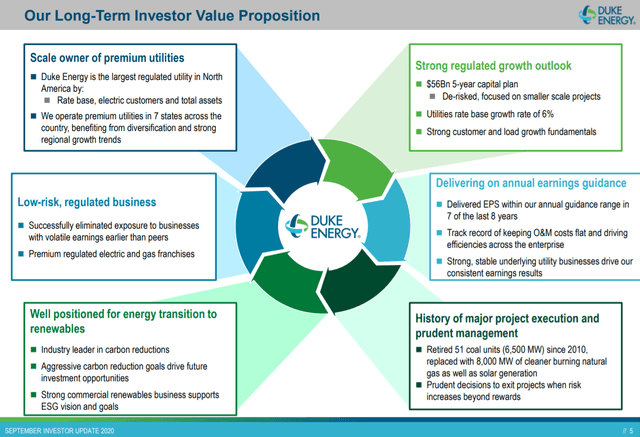 Duke’s portfolio is constantly shifting as well, as it tries to get away from legacy coal plants, choosing instead to focus on traditional electric and gas power, as well as getting further down the path of renewables. The company reckons it will spend $56 billion over the next five years on capital expenditures, much of which will be focused on ensuring the company is setup for the next set of regulations regarding power generation, and at favorable costs and rates for Duke. 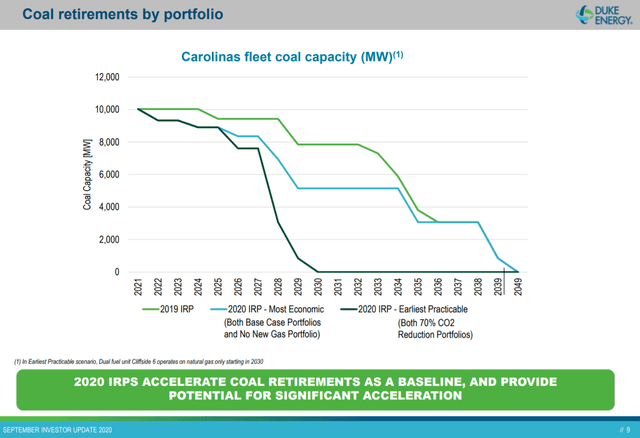 This chart shows the company’s journey away from coal, which will still take time. Duke is working vigorously to retire its coal capacity, and while it is making progress – having retired more than 50 coal units in the past decade – there is much left to do. This will cost money and time, but the goal is to modernize the company’s fleet, and Duke has proven it is willing and able to do so.

Some concerns to keep in mind

No company is perfect, and while I see steady growth ahead for Duke as it continues to transition its portfolio to cleaner sources of energy, it has some risks as well.

First, Duke is a net issuer of shares in most years, as we can see below.

The numbers have generally been small, but Duke has grown the float for each of the past three years as it issues more shares than it repurchases. That doesn’t guarantee this behavior will continue, but issuing shares creates multiple headwinds for shareholders.

In addition to that, adding shares means the dividend becomes more expensive to pay. Every new share issued means another $3.86 that has to be paid to shareholders each year, which can serve to crimp per share dividend growth over time. Like I said, dilution has been somewhat muted in recent years, but over time, it can add up.

READ ALSO  The world must prepare for a contested US election

Next, Duke has a huge amount of debt.

Duke’s long-term debt continues to rise each year and ended 2019 at more than $54 billion. This level of debt for a company with a $60 billion market capitalization is huge and I wonder just how much more its balance sheet can hold. Duke already spends ~$2.2 billion annually servicing its debt, creating a headwind to earnings, which then creates a headwind to paying the dividend. Leverage is probably my biggest concern with Duke, although perpetually low interest rates should make refinancing cheaper in the coming years, offering at least a bit of respite.

The final risk I’ll call out is Duke’s somewhat checkered history with its capital spending, as the company has undertaken some seemingly risky projects in the past, not all of which have worked out. EWG, a watchdog of sorts for environmental issues, issued a scathing report against Duke a few weeks ago detailing failed investments the company has made. To be fair, Duke has invested billions of dollars in the past in projects it ultimately didn’t complete, which is disastrous for shareholders, and even the company’s customers. However, I’d like to think the company has learned from these experiences, although only time will tell.

The dividend and valuation look good

Despite all of these risks, I think the dividend and valuation make Duke a buy if you’re in the market for a utility holding. Below, we have the stock’s yield for the past five years to give us some historical context for where we are today.

Shares yield 4.7%, which is enormous in a world where zero percent risk-free rates have become normal. The broader market’s yield is under 2% as well, so Duke really does offer a strong source of income, if that’s what you’re seeking. The yield is also towards the higher end of the range in recent years, so on this measure, Duke appears to offer good value, with a high yield to boot.

I’ll caution that the payout ratio has risen in recent years as the company has boosted the payout more quickly than EPS has grown, so growth rates from here will almost certainly slow down.

However, that appears to be priced in with the yield at the higher end of its range, and I’m not concerned about a freeze in the dividend or a cut because Duke can issue shares or new debt to pay the dividend if the going gets rough. I’m not saying that is a good idea or that Duke should, but I am suggesting management is likely to defend the dividend to the last.

Finally, the valuation looks quite favorable today, as we can see below.

Duke trades for 16 times this year’s earnings and 15.6 times forward earnings, both of which are below its recent years of valuations. Indeed, Duke has spent the past few years in the high-teens and even low-20s in terms of PE ratios, so 16 is quite cheap. Duke has some issues, as I mentioned above, but those issues appear to be priced in to me today.

With a cheap valuation, high yield, and the company on the path to modernizing its fleet, I think Duke is a buy. Utilities won’t make you rich overnight and Duke is no different, but if you have a long holding period in mind and are seeking a high yield, you can do much worse.