Investors soaked up U.S. stocks during the month giving the Dow Jones Industrial Average its best June in 81 years while the S&P notched its best in 64 years.

The rally, which continued on the final trading day of the month, gave the Dow Jones Industrial Average a 6.9 percent jump, the best since 1938, the S&P 500 added 6.3 percent, the strongest June since 1955 and the Nasdaq rose nearly 7-percent – its best showing since 2000 as tracked by the Dow Jones Market Data Group. 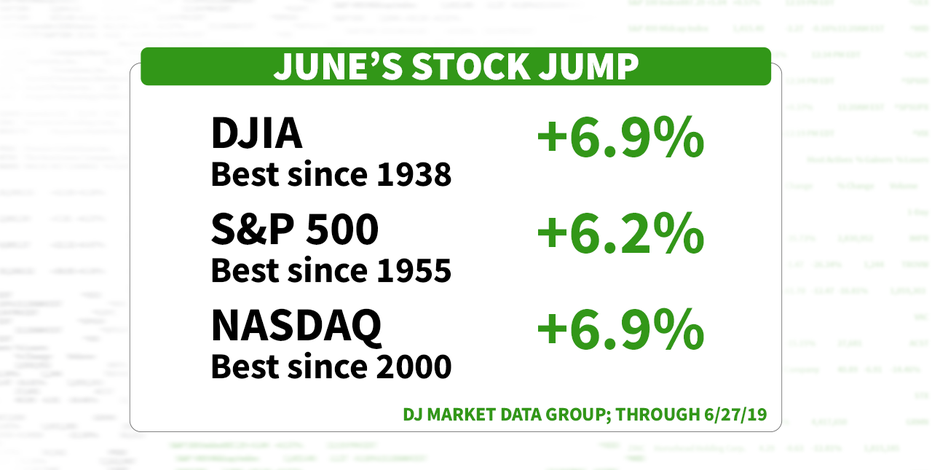 While optimism over a U.S.-China trade deal contributed to the climb, especially as Trump hits the G20 in Osaka Japan this weekend, the Federal Reserve’s pivot on the policy was likely a bigger catalyst.

“Drivers [of the rally] would be a change in the perceived trajectory for monetary policy, coupled with a bit of optimism in renewed negotiations with China,” Stephen Guilfoyle, President at Sarge986 LLC, tells FOX Business.

At the Fed’s June meeting, Chair Jerome Powell signaled an uptick in “uncertainties,” and  Friday, Dallas Federal Reserve Bank President Robert Kaplan confirmed the shift which could result in a rate cut, as early as July.  “The big change has really been in the last eight weeks, and it’s been due to heightened trade tensions and then feeding into that decelerating rates of global growth.  The world is very reliant on trade,” he said during an interview with Maria Bartiromo.

The June stock rally was not only robust, but it was also broad. Investors dipped into just about every S&P sector with materials, energy, and tech leading the monthly gains. All three of these sectors stand to benefit if trade tensions ease with China and other nations. 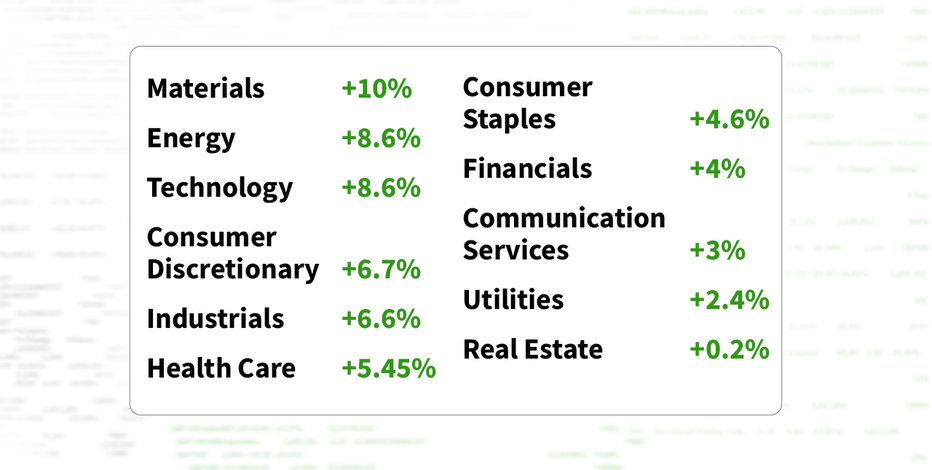 Trump and Chinese President Xi need to come away from the table at the G20, say, investors, showing progress. Otherwise, stocks may slip into a “holding pattern” observes the Stock Traders Almanac.

Europe in the Firing Line Next?

Trump could possibly move from China to Europe. Just this week, in an exclusive interview with FOX Business, he blasted our trading partner. “The Europeans have taken advantage of us, I’m serious worse than China. They have worse trade barriers than China. They don’t take our product, we take their product,” Trump said.

Rate Cut Not a Done Deal

Investors may be putting the cart before the horse. Despite the Fed’s recent posturing and rising bets that a rate cut is a done deal, it is in no way guaranteed. Policymakers could leave rates unchanged, leaving investors disappointed.

Corporate earnings are not looking so robust. Scot Wren at Wells Fargo Investment Institute points out “year-over-year earnings were flat in the first quarter and will potentially post a similar poor result in the second quarter.”

Factset’s John Butters, who crunched the numbers, is forecasting a potential drop of 2.6 percent noting this would be the first time the S&P has reported two straight quarters of year-over-year declines since 2016 [1Q/2Q].

Suzanne O’Halloran is Managing Editor of FOXBusiness.com and is a graduate of Boston College. Follow her on Twitter @suzohalloran