Jack Dorsey has been reaffirmed as the chief executive of Twitter after a board committee including representatives from activist hedge fund Elliott Management examined the social media group’s leadership structure.

Elliott took a 4 per cent stake in the company in February, agitating for management changes to improve its performance. The formation of a “management structure committee” to review Mr Dorsey’s leadership was part of a ceasefire agreement with the hedge fund.

A central point of concern for Elliott has been Mr Dorsey’s split responsibilities, since he is also the boss of Square, the payments company he co-founded. It also expressed dissatisfaction at his leadership style and his plans — later cancelled — to spend at least half this year in Africa exploring opportunities in cryptocurrencies, according to people familiar with the situation.

After initially looking to oust Mr Dorsey, Elliott agreed that he stay in place on the condition that he lived up to challenging performance targets.

According to a regulatory filing published late on Monday, the management structure committee “expressed its confidence in management and recommended that the current structure remain in place”.

The company said that the committee — which includes Elliott partner Jesse Cohn and Silver Lake co-chief executive Egon Durban — assessed the “current management structure, new operating plan and procedures put in place by the company’s CEO, as well as the company’s significantly improving product, operational and financial performance through the most recently reported quarter”.

Shares in Twitter are up nearly 20 per cent since Elliott disclosed its stake in the company on February 28, giving the hedge fund a paper profit of about $200m since then.

The board did agree governance changes designed to make it more responsive to shareholder concerns. Directors will be elected for annual terms, rather than multiyear terms, according to the filing, and the company has also “updated the CEO succession plan in line with best practices”. 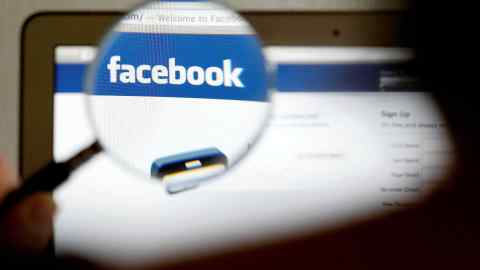 The public expression of support for Twitter’s management comes after a bruising year for Mr Dorsey, who has come under fire for the company’s decisions around moderating content on the platform.

The chief executive faced a barrage of accusations from Republicans on a Senate panel last week that his company was suppressing conservative voices, as well as complaints from Democratic senators that it does not adequately police misinformation and hate speech on the platform.

Separately, Twitter’s cyber security practices were called into question when it suffered a high-profile hack in July that affected many celebrity users.

While Twitter posted a strong financial performance in its third-quarter results last week, user growth fell short of expectations in the quarter and it warned of further delays to the introduction of a long-awaited new advertising system — sending its share price down 17 per cent on that news.

Twitter shares fell 4.6 per cent on Monday, but were 1.4 per cent higher in after-hours trade.