The dollar extended its decline into a fifth day as yields on US Treasuries ticked lower and concerns intensified about the pace of recovery in the world’s biggest economy.

The US currency fell to a fresh two-year low against a basket of half a dozen peers on Tuesday, shedding 0.3 per cent. Japan’s yen strengthened to ¥105.59 a dollar, while the euro and pound gained against the dollar.

“Recent price action is increasing the risk that the US dollar weakness could extend further in the near-term,” said Lee Hardman, currency analyst at MUFG.

A drop in Treasury yields, which signifies a rise in price, lowered the appeal of the dollar. The yield on 10-year Treasury notes dropped 0.008 percentage points to 0.6752 per cent in its third daily move lower following a sell-off in early August that pushed it above 0.7 per cent.

Dollar weakness has helped revive a rally in gold prices, adding 1 per cent to break above $2,000 a troy ounce.

The yen was soaking up demand for haven assets driven by geopolitical risks from US-China tensions to protests in Belarus, said foreign exchange analysts at ING. 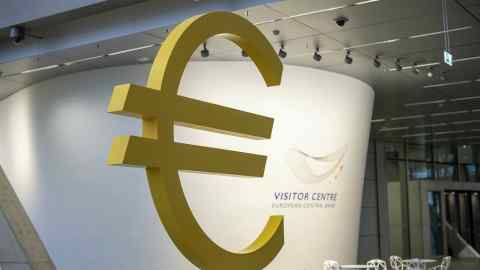 Increasing worries about the pace of the US economic recovery from the coronavirus crisis added to the pressure on the dollar. The latest trigger was a manufacturing survey on Monday showing that activity in New York state eased in August, having picked up significantly last month for the first time since the pandemic.

Stalling negotiations on the next round of fiscal stimulus for the US has added to the uncertainty about the speed of recovery.

A Bank of America survey on Monday said bearish sentiment towards the dollar has reached a record level. Meanwhile, positive bets on the euro have hit an all-time high, data released by the US Commodity Futures Trading Commission showed, prompting caution on whether the euro’s rally and dollar’s slide could lose momentum.

Stocks in Europe reversed early losses on Tuesday, as the continent comes to terms with a new round of government-imposed travel restrictions. Europe’s region-wide Stoxx 600 rose 0.1 per cent, while London’s FTSE 100 was unchanged.

S&P 500 futures were little changed on Tuesday, after edging to within a fraction of its all-time intraday high a day earlier. The tech-focused Nasdaq, which has been hitting highs for two months, climbed 1 per cent.

The rise in US tech shares has prompted concerns among some investors that these stocks, which dominate the American market, are vulnerable to a crash reminiscent of the early 2000s dotcom bust.

“Fortunately, [valuations are] not at similar nosebleed levels, which prevents the market meltdown scenario of 2000-02,” said Tobias Levkovich, chief US equity strategist at Citi. “But we still worry that investors have crowded into one area that might be ripe for some pitfalls.”

Shares in regional companies that make computer chips were hit hard after the US commerce department announced on Monday that companies would have to obtain a licence to sell Huawei any chip that has been made using US equipment or software.