Note: I have covered National Grid previously, investors should see this as an update to my earlier article on the company

National Grid’s (NGG) share price has seen some strong, upward action over the last couple of months and the shares are pushing to new 6-month highs. The company has nearly completed a bounce back to pre-Covid levels, yet National Grid has not put to bed many of my concerns regarding the near-term outlook. Now, more than ever, the market is largely trading on sentiment, particularly in intraday trading. The sentiment for National Grid has now flipped from previous fears regarding dividend safety and Ofgem developments to a more positive outlook and an ability to push through these headwinds. I am still holding a neutral rating on National Grid as I believe the Ofgem negotiations are still a risk. In particular, the effect that this could have on the sustainability of its dividend still isn’t fully priced into the share price. 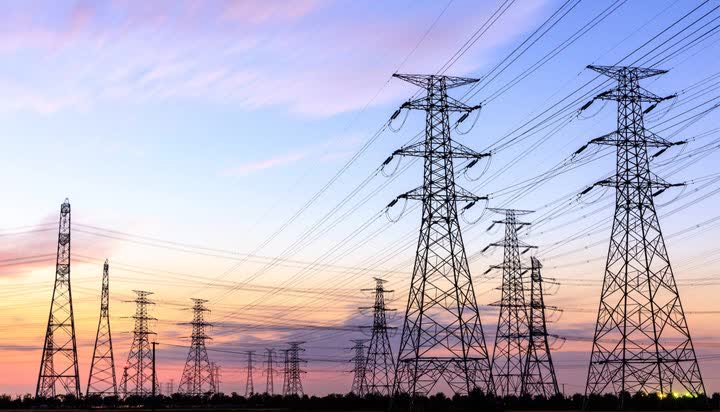 The most prominent developments since my last article, which was published four months ago, are in regard to the ever-liquid Ofgem situation. As the sole regulator in a heavily regulated industry, Ofgem has a significant amount of power. In fact, this has always been my primary concern towards National Grid, that much of the company’s future is in the hands of an external organization that can limit the amount National Grid can charge its UK customers and, consequently, can determine a significant chunk of the company’s earnings. Luckily, following its strategy to diversify overseas, NGG now has numerous pipelines for obtaining revenues, however, Ofgem-related news still has a significant effect.

In early September, National Grid announced its ‘consultation response’ where they outlined that the new proposals from Ofgem to halve historic returns to shareholders would be unacceptable and not in the best interest of consumers and stakeholders. I myself certainly feel it is extreme and that there is far more sustainability to suggest a smaller cut to this figure.

I believe that in this scenario, the way a company responds is extremely significant and NGG’s response has been exemplary. The company has clearly outlined its stance, applying emphasis on the need to uphold reliant and resilient electricity networks. I do believe this will resonate with Ofgem to some extent as the safety of its networks and the service to UK citizens is paramount. National Grid also highlighted its transition to net-zero carbon emissions, which as many readers know will be central policies for both the UK and the United States over the coming years. National Grid is a colossal electricity and gas utility company in terms of size and will play a huge part in delivering those policies. If National Grid does not offer a reasonable return to shareholders, then its ability to raise money in the market will be severely restricted, which may put a squeeze on capital expenditure.

However, the primary concern in relation to the response and Ofgem’s final decision relates to National Grid’s shareholders. As a private company that pays a substantial amount of cash to its shareholders via dividends, National Grid’s dividends may look vulnerable in a UK seriously affected by Covid-19. As a country that is more socially geared than the US, Ofgem would argue that National Grid is returning too much money to shareholders through its hefty 5.2% dividend yield. Another issue for National Grid is their international expansion in terms of their increasing US position which Ofgem may see as a distraction from the core purpose of the company. Ofgem may take a view that excess profits at National Grid are being diverted into US expansion. The reasons stated put National Grid on a potentially weak footing in its negotiations with Ofgem and may explain why Ofgem offered its first, rather tough proposal. Investors must remember that National Grid has a monopoly on the electricity networks in the UK and so has zero competition – that is why government-created entities like Ofgem exist to ensure reasonable prices to consumers and reasonable payouts to shareholders and management.

Although National Grid stresses the need to maintain networks, it doesn’t appear the company is putting the necessary plans in place to achieve that. In more negative developments, Ofgem and National Grid are still fighting over a potential record £66.6 million fine for the poor quality of NGG’s network business plan. This is indeed extremely poor for a multi-billion dollar company that has a monopoly on electricity distribution in the UK. That the company is accused of failing to have its facility plans up to standard simply isn’t good enough. This also undermines the company’s point about maintaining its networks and will make it more likely that Ofgem will stick with their current proposal.

Readers can now see why there is such a huge clash ongoing between Ofgem and National Grid. Both sides have fair points and motives for the actions they have taken. Predicting the final outcome is gambling at this point. However, we can dive into National Grid’s fundamentals and performance to see why its dominant position in the market can still be lucrative for shareholders.

National Grid, like many other sizable UK firms, was born off the back of the privatization of a government-owned organization – the Central Electricity Generating Board. The company was then listed on the London Stock Exchange in 1995 where it has generated strong returns to shareholders ever since (265% capital appreciation since listing). Readers may question why this really matters. It does because of two reasons:

The last five years have been more of a rocky ride for National Grid, however, there is always something to fall back on – that tasty 5.2% yield. There is no doubt in my mind that National Grid at current times is a dividend play. If National Grid can prove it can maneuver through the near-term headwinds and maintain its dividend, then I believe shares will rerate naturally anyway. The Board has stated its intent to maintain the dividend.

National Grid owns the whole high voltage transmission network across England and Wales. The company also operates a high-pressure gas transmission system in Great Britain. However, the US market is also a core component and contributor to National Grid’s earnings. National Grid owns and operates electricity distribution networks in New York, Massachusetts, and Rhode Island – providing them with a strong foothold in the US. National Grid also owns some 35,000 miles of gas pipelines across the US. To help consolidate NGG’s position, a greener focus appears to be at the heart of the company’s strategy going forward, with numerous wind and solar projects operational or under construction across the US. National Grid also has a partnership with Sunrun (NASDAQ:RUN) where it has connected over 2MW of solar to 27,000 households across the US.

Just running over the facts as I have done, it’s clear to see the sizable geographical footprint that National Grid has built up. The green-focused positioning offers National Grid an opportunity to consolidate its position in the market and deliver sustainable power to households across both the US and UK. This matters heavily from an economic perspective as more countries pivot towards substantial investment in a greener energy future.

In my opinion, much of National Grid’s future prospects look strong. Recent first-half results showed that National Grid has taken a bit of a beating in relation to the Covid-19. Operating profit fell 12% to £1.1 billion. For the full year, National Grid expects operating profits to reduce by around £400 million to £3 billion – predominantly impacted by its US segment. However, management believes it can recoup most of its US costs through regulatory mechanisms, giving National Grid a strong potential cash injection in the coming months.

The near-term outlook may be dim but the long-term transition to a more globalized world will benefit National Grid as consumer demand for electricity and heat is going to improve – this may be accelerated by COVID-19 as more people look to communicate over the internet rather than in person, increasing home heating bills.

National Grid’s debt pile stood at £30.1 billion by the end of September. This is quite substantial but not unusual for utilities that have to reinvest heavily into infrastructure to keep networks up to scratch. Even with this, National Grid, actually, expects finance costs for 2020/21 to offset the increased net debt that is expected over the coming year. Finance costs in H1 came to £482 million which was down over £100 million from the prior year.

Even though National Grid faced numerous headwinds in the first half, the dividend delivered (17p) was still very strong and was actually up from the same period of the prior year (16.57p). I believe that particularly following the vaccine, National Grid’s larger than usual fixed costs should start to return to normal levels over the medium term allowing its operating profits to bounce back. However, even with this National Grid’s dividend coverage wouldn’t actually be that strong.

National Grid did use near all earnings for the period to pay its 17p dividend. After removing dividend payouts, National Grid’s leftover earnings were just 0.2p.This means dividend coverage stands at just over 1x. I believe this is still concerning and whilst the board has maintained the dividend in line with its policy, eventually, the dividend would become unsustainable unless underlying earnings can increase. National Grid cannot afford to continue taking on more debt rather than using cash resources to reinvest in infrastructure. It is these actions that have led Ofgem to put forward their recent proposal to reduce payments to shareholders.

At current prices, investors would need to pay a premium for National Grid’s dividend. Currently, the company trades on a P/E ratio of 17.5 compared to a 10-year average of 13.5. This is quite pricey considering National Grid is a relatively sustainable business with predictable revenues. If National Grid can bounce back quickly, they can go back to focusing on priorities and steadily growing revenues and its dividend. In its US division, external factors (such as storms) created reduced profit rather than lower demand. Whilst the path out of the crisis is clearer, it will still be some time before the world is ‘back to normal’. At current prices, it doesn’t feel like the market is truly pricing in the risk of Ofgem developments and the way in which this additional headwind would limit National Grid’s profits.

National Grid is a cash cow, with a strong market position. Future prospects look good and the utility provider is well diversified to take on the headwinds it is currently facing.

My primary concern for National Grid remains unchanged and is directed towards the Ofgem developments. It appears whatever solution is reached, the outcome will put National Grid in a worse position than before the current review. When combined with additional costs in the US associated with storms and Covid related costs in the UK, National Grid’s share price still appears too frothy for me and so I am still staying away from the equity.