Disney to lay off 28,000 workers as pandemic takes toll

Disney is laying off 28,000 theme park employees in Florida and California, as the coronavirus pandemic weighs heavily on the world’s biggest entertainment company.

In making the announcement on Tuesday, Josh D’Amaro, Disney’s theme park chairman, slammed California officials for forbidding Disneyland to reopen, saying they had “exacerbated” the company’s difficulties in the nation’s biggest state.

“We initially hoped that this situation would be shortlived and that we would recover quickly and return to normal,” he said. “Seven months later, we find that has not been the case.”

Disney has been pummeled this year as the pandemic forced the closure of cinemas and theme parks, undercutting two of its most profitable businesses. Disney last year made nearly $7bn in operating income — almost half the total — from its parks, experiences and products business.

These profits have disappeared this year as Disney was forced to shut the gates at its popular theme parks. The company reported a $4.7bn loss in the June quarter, as its theme parks business posted a $2bn operating loss.

Disney had furloughed more than 100,000 park workers as lockdowns took hold this year, but has gradually been bringing some employees back as it reopened parks in Asia, France and Florida. 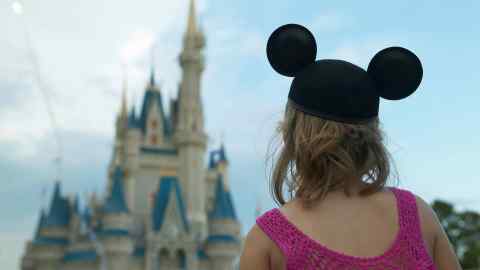 However, these parks are operating at limited capacity to meet social distancing guidelines, slicing into potential revenues. At the same time, California governor Gavin Newsom has not provided guidance on a reopening plan for theme parks.

“In light of the prolonged impact of Covid-19 on our business, including limited capacity due to physical distancing requirements and the continued uncertainty regarding the duration of the pandemic . . . we have made the very difficult decision to begin the process of reducing our workforce,” Mr D’Amaro said.

The job cuts will affect people who remain furloughed, as well as employees who have returned, across hourly, salaried and executive roles. About two-thirds of the lay-offs involve part-time employees, Disney said.