Disney: Perhaps The Best Moment To Buy Has Not Yet Come (NYSE:DIS)

This is my first article about Disney (DIS). I mean, so far I am not very familiar with this company. But there are a number of interesting points that may be useful for those who want to buy Disney shares now.

At first glance Disney is now undervalued. At least judging by the exponential trend that the company’s share price has been following for ten years, now the balanced price of Disney shares is much higher than the actual: 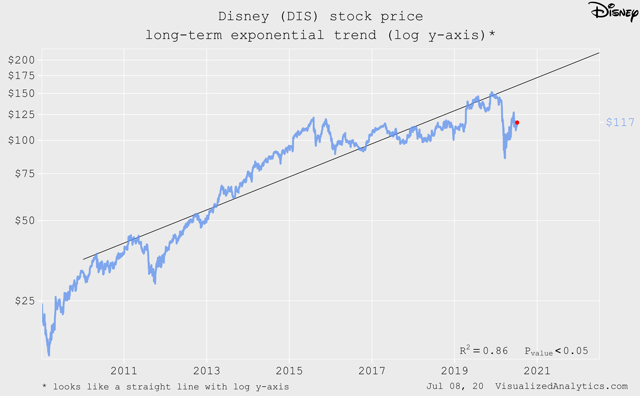 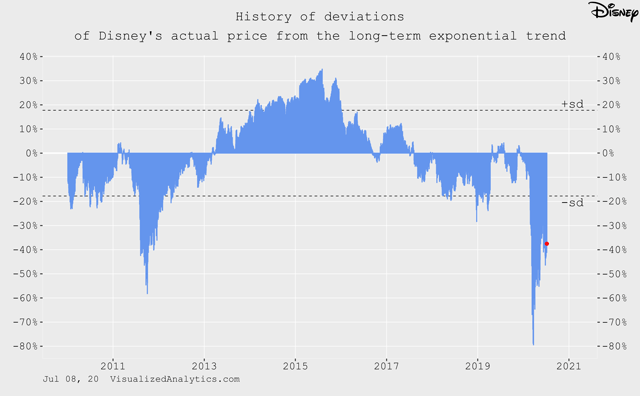 But let’s take a deeper look.

Over the past four months, the average expectations of analysts regarding Disney’s revenue and EPS in the current and next fiscal year have notably decreased. It is particularly noteworthy that the downward trend in analysts’ expectations continues: 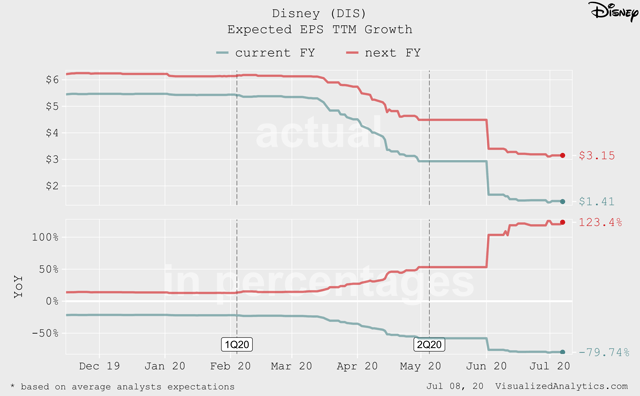 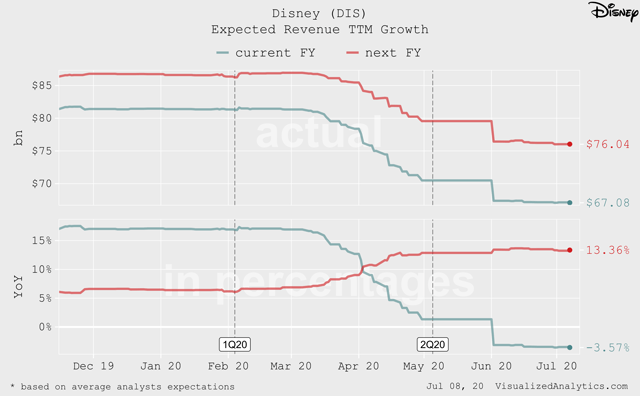 Further. Over the last 10 years, the company’s capitalization has been in a qualitative relationship with its revenue: 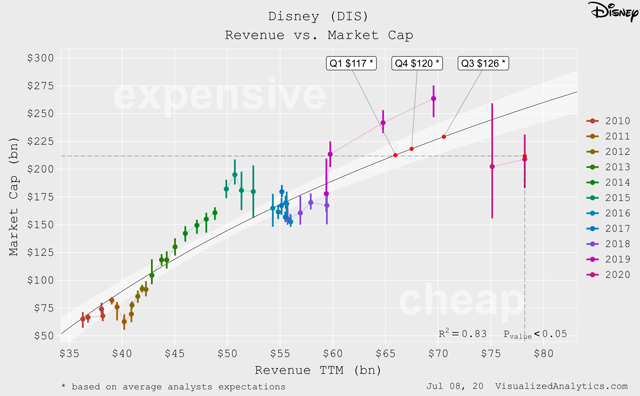 As you can see, this relationship identifies Disney’s current capitalization as undervalued. But, according to analysts’ average expectations, in Q1 ’21, Disney’s revenue TTM will be around $66 billion, and in my model, this means that the company’s rational capitalization will come close to the current level. In other words, in this context, the company’s capitalization does not have growth potential in the next three quarters.

The situation is even more dramatic if we consider the long-term relationship between the EPS TTM absolute size and the company’s capitalization: 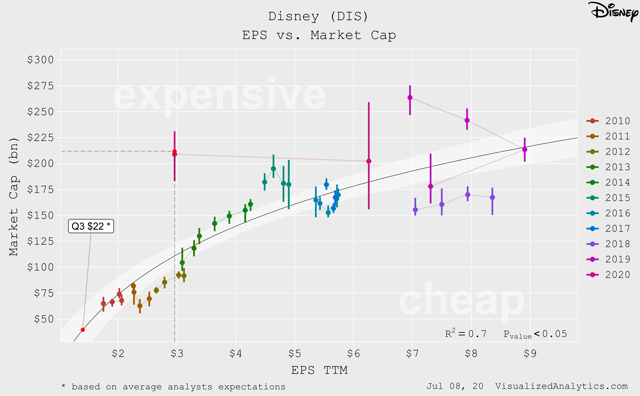 In the long term, companies often demonstrate a direct relationship between return on equity (ROE) and the P/BV multiple. We can find an example of such a relationship in the case of Disney: 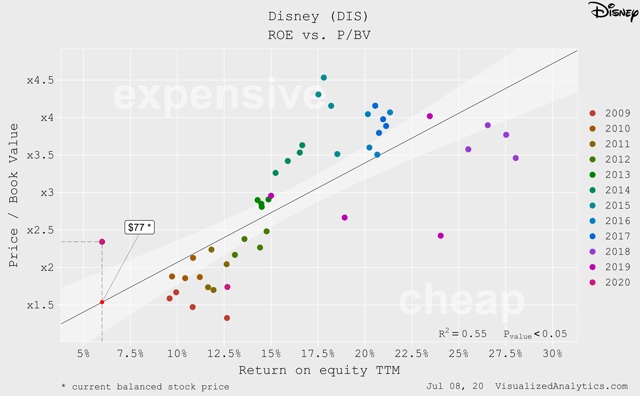 In this case, all other things being equal, Disney’s stock price should decrease by 35% so that the balanced state can be achieved.

Let’s look at the comparable price of the company. To do this, I have analyzed over twenty multiples and found only two that deserve your attention.

Judging by the Forward P/E (next FY) multiple Disney is overvalued by 20%: 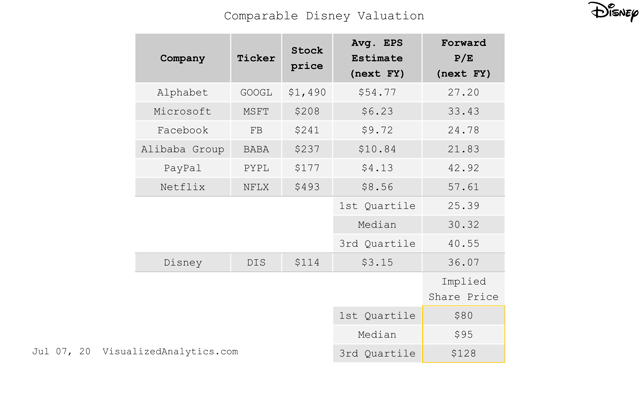 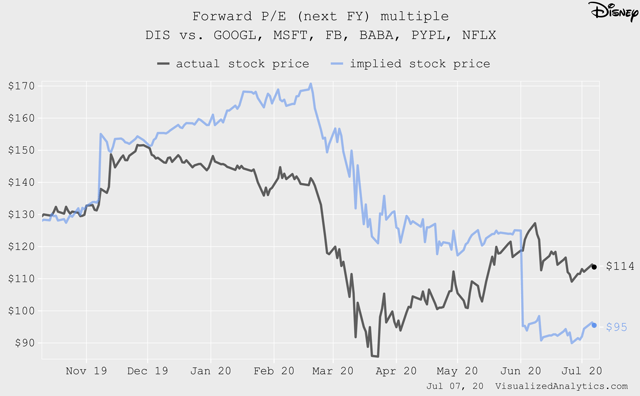 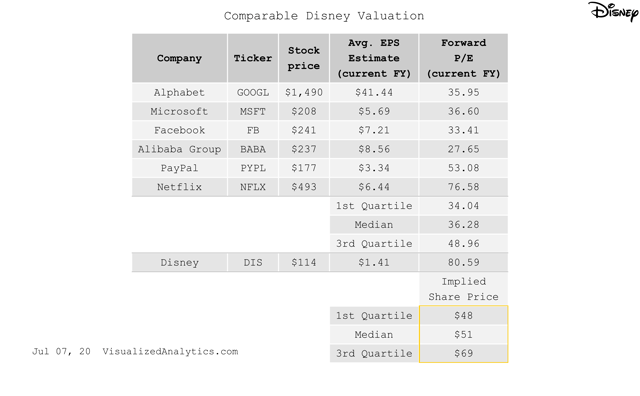 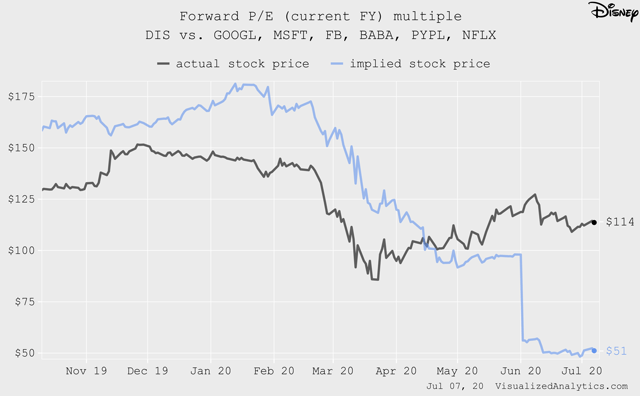 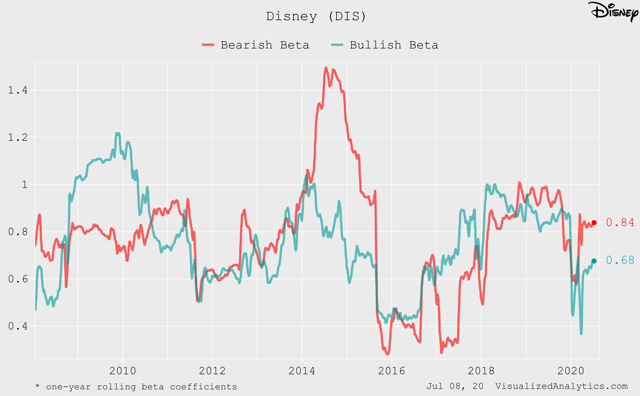 It means that Disney stock is more responsive to the overall decline of the stock market than to its growth.

Again, this is my first look at Disney. I have not built FCF model yet. But for now, to be honest, I’m not very impressed with at least the immediate prospects of this company. Especially considering that the coronavirus epidemic in the USA is still at the acceleration stage, which has a very strong influence on the company’s prospects: 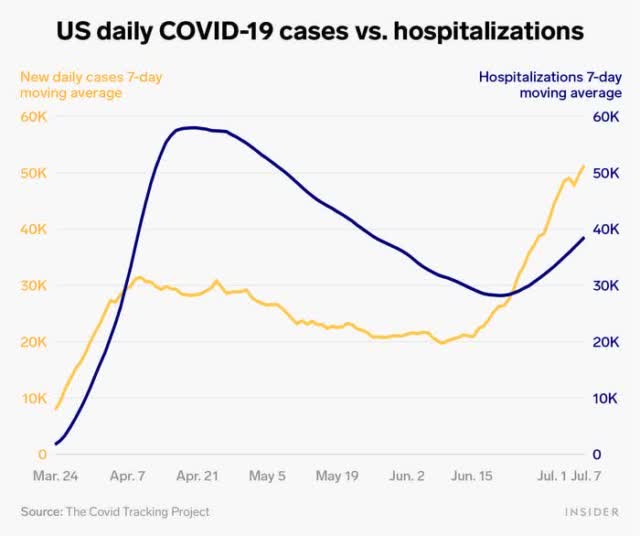 In a word, I would not be in a hurry to buy shares of this company. I think there will be a better moment.