Home Financial news Democrats Are Attempting to Use the Coronavirus Panic as an Opportunity to Create a Digital Dollar and Accompanying Digital Wallet for Every American
2020-03-242020-03-24By finanz.dk 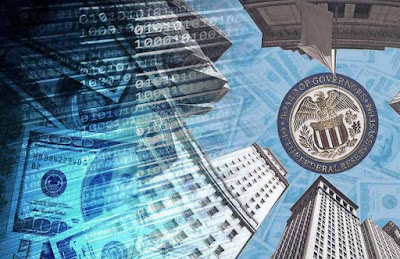 House Democrats want to put in the Coronavirus stimulus package a plan that includes the creation of a ‘digital dollar’ and the establishment of ‘digital dollar wallets,’ reports Jason Brett at Forbes.

Both Speaker Pelosi’s ‘Take Responsibility for Workers and Families Act’ and the ‘Financial Protections and Assistance for America’s Consumers, States, Businesses, and Vulnerable Populations Act (H.R. 6321),’ introduced by Chairwoman Maxine Waters of Financial Services Committee, introduced the digital dollar as a way of delivering the economic stimulus payments to U.S. citizens, according to Brett.

The bill establishes a digital dollar, which it defines as ‘a balance expressed as a dollar value consisting of digital ledger entries that are recorded as liabilities in the accounts of any Federal Reserve Bank or … an electronic unit of value, redeemable by an eligible financial institution (as determined by the Board of Governors of the Federal Reserve System).’ Additionally, a digital dollar wallet is identified as ‘a digital wallet or account, maintained by a Federal reserve bank on behalf of any person, that represents holdings in an electronic device or service that is used to store digital dollars that may be tied to a digital or physical identity.’

The Federal Reserve banks themselves would also make available a digital dollar wallet to any U.S. person eligible for the payments as well. Additionally, the U.S. Postal Service would aim to help unbanked individuals and/or those without proper ID to establish their identity be provided a digital dollar account, and would set up ATMs for customers to access their funds.

This is horrific on multiple levels.

First, it is a giant step in the direction of tracking all our monetary exchanges.

Once everything is tracked, the next step would be the elimination of the ability to use digital dollars for politically incorrect goods and services. It would be Twitter and YouTube censorship on steroids.

And finally, these accounts set up with the Federal Reserve would be one step closer to a key goal listed by Karl Marx in The Communist Manifesto:

Centralization of credit in the hands of the state, by means of a national bank with state capital and an exclusive monopoly.