Delta Air Lines and Alitalia are to launch “quarantine free” flights from the US to Italy, opening up the first such route linking the US and Europe since travel restrictions were introduced during the pandemic.

The US airline said that from next month passengers travelling on select flights from Atlanta to Rome would not have to self-isolate if they test negative for Covid-19 three times.

Travellers will be asked to take a gold-standard PCR test 72 hours before departure, and then rapid tests at the airport in Atlanta before boarding and again on arrival in Italy.

The new system will apply to all EU citizens and to US citizens travelling for essential reasons such as work, in line with current Italian immigration rules.

The aviation industry is pushing regulators around the world to allow pre-departure testing to replace quarantine restrictions that have helped stifle demand for travel.

Several airlines have launched flights between the US and Europe that test passengers as they travel, but Delta and Alitalia’s flights to Rome are the first that will allow travellers who have been tested to skip quarantine.

Marco Troncone, chief executive of Aeroporti di Roma, said he hoped the programme would be extended to other airports in Europe. “It’s hard to convey this message to governments and policymakers but I think we’re close to a breakthrough,” he said. “Quarantines don’t work, they are inefficient and hard to police.”

READ ALSO  The triple effect of COVID-19 on Chinese exports 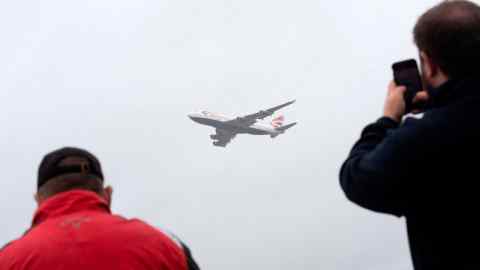 Aviation executives in the UK have been pushing for an air corridor between London and New York to help restart business travel, but Ed Bastian, Delta’s chief executive, told the Financial Times last week that it would be easier to open up a corridor with “just about any” other European capital.

The lucrative transatlantic routes are critical to the major US and European carriers, particularly as they serve business travellers willing to pay high prices for premium seats. Long-haul flights are also at the core of Alitalia’s relaunch strategy following the latest injection of taxpayers’ money.

Airline executives are confident that there is pent-up demand for leisure travel if travel restrictions ease. But there is concern within the industry that some business travellers might have been lost for good.

The market between the UK and US is worth $9bn in revenue to US and UK carriers, according to industry figures seen by the FT.

Transatlantic flights to and from Rome Fiumicino dropped 87 per cent compared with 2019 in October, and Mr Troncone said he did not expect air traffic to return to pre-pandemic levels before 2023.

The Covid-19 nasal swabs offered in Rome and Milan are publicly funded by the respective regional governments. “The test itself costs €5-10 plus you have the cost of the medics who administer the test and the lab staff who turns around the results within 40 minutes, but we’re not talking about huge figures in terms of costs,” Mr Troncone said.

Additional reporting by Kiran Stacey and Katrina Manson in Washington