As the economy tries to get back to normal, entertainment venues such as Dave & Buster’s Entertainment (PLAY) will look to rebound. The company continues to face structural issues, but the stock should get a boost from improving comp sales trends. My investment thesis isn’t necessarily bullish on the stock long term, but the short term is positive for a snapback rally. 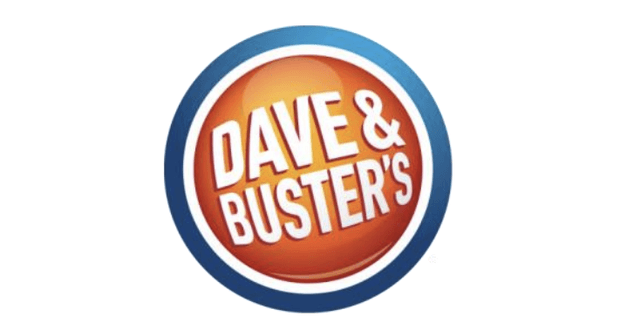 The owners of entertainment venues, especially the ones focused on arcade games, face several structural issues now. First, Dave & Buster’s faces the virus impact of parents wanting kids to play outside where COVID-19 transmission is far less. Second, the new console launches will increasingly provide comparable, if not better gaming experiences at home.

Both Microsoft (MSFT) and Sony (SNE) are launching next generation consoles for the holiday season. Xbox Series X and PlayStation 5 are the latest consoles from the gaming giants. The previous generation consoles were on the market for a very long 7 years while hardware-free cloud gaming services such as Google (GOOGL) Stadia and Amazon (AMZN) Luna place even more pressure on consumers’ time and desire to spend entertainment time with kids playing yet more games.

The end result is a repeat of the pattern that made me more Neutral on the stock back in the low $40s. The COVID-19 hits to the entertainment venue business climate have definitely helped this call look more correct, but the real story here was the struggling business.

Dave & Buster’s has already spent the last decade maximizing margins by shifting the business more towards the entertainment side of the business. This side is structurally challenged now while at the same time consumers want more takeout while the restaurant concept is based on feeding people coming for the entertainment. 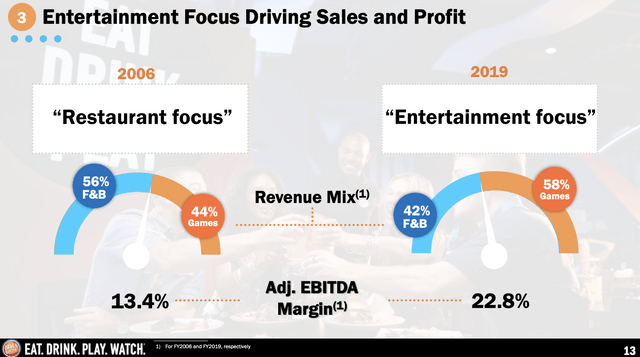 The company has already hit structural issues as consumers prefer to stay home and chill while watching Netflix (NFLX) or playing the latest Call of Duty game on Xbox. For this reason, EBITDA margins topped 26% in FY16 and peaked at 26.6% in FY17. Even before the virus hit in FY20, Dave & Buster’s was down to EBITDA margins of only 22.8%.

The company is limping along now with September comp sales down 62%. The number is a huge improvement over August sales down 75% and FQ2 down an astonishing 87% due to more stores closed.

While the company targets reaching EBITDA breakeven with revenues down 50% of 2019 levels at $1.35 billion, Dave & Buster’s still has a long way to go before reaching more normal levels with only 99 out of 136 stores open. The company has seen comp sales reach the 50% levels after 11 weeks of reopening stores, suggesting the only restraint from breakeven EBITDA levels is the reopening levels. Even the 14 New England and Mid-Atlantic stores have already topped 70% of 2019 sales.

Dave & Buster’s has a clear path to higher sales levels where the structural issues surface and question a full rebound. Analysts have FY22 revenues reaching 80% of 2019 levels at only $1.08 billion.

Even if the entertainment venue company can reach the $250 million EBITDA target a year ahead of analyst estimates in FY22, the stock trades at an EV/EBITDA multiple of ~5x.

With the company raising $500 million in senior notes, Dave & Buster’s has the cash to survive as reopened stores build business back up. The stock has the potential to double from $17.50 levels on a rebound from depressed levels. The stock traded above $40 before the virus hit.

At $35, the stock will trade at ~10x EBITDA targets whether achieved in FY22 or not until FY23. Dave & Buster’s isn’t likely to warrant a higher valuation, but the stock could see some animal spirits as comp sales next year will appear bullish due to easy comparisons. Sometimes the market isn’t very intelligent despite the obvious distortion comparing FY21 to the depressed FY20 numbers.

The key investor takeaway is that Dave & Buster’s is likely to rebound as business improves from reopened stores ramping up sales. After the stock rebounds, the company is likely to again face the structural issues that led to years of negative comp sales and reduced adjusted EBITDA margins. Investors should play Dave & Buster’s for a rebound to a more normal level, but the company has structural issues that will prevent a bullish long-term investment thesis.

If you’d like to learn more about how to best position yourself in under valued stocks mispriced by the market, consider joining Out Fox The Street.