Cyprus will suspend its contentious “golden passport” programme that offers nationality to wealthy foreign individuals, after a media sting exposed politicians pledging to help the application of a fictitious Chinese investor convicted of money laundering.

The Cypriot government said on Tuesday that the seven-year old “citizenship by investment” programme would end on November 1 because of weaknesses and abuses. But EU officials and civil society activists questioned whether Nicosia would try to relaunch the scheme in amended form.

An Al Jazeera undercover investigation aired this week heaped further pressure on Cyprus after a series of scandals over the sale of passports to people accused of crimes or linked to corrupt regimes.

The European Commission, which is considering legal action to end the schemes operated by Cyprus as well as Malta and Bulgaria, expressed alarm about the footage.

The Commission is anxious about the corruption and security risks created by the right of any holder of EU country nationality to move freely around the bloc’s 27 member states.

Ursula von der Leyen, Commission president, used her state of the union speech last month to warn against the “sale” of golden passports.

“We watched in disbelief how high-level officials were trading European citizenship for financial gains,” the Commission said on Tuesday, referring to the Al Jazeera programme. “President von der Leyen was clear when saying European values are not for sale.”

The Cypriot government said the cabinet had approved a recommendation from the finance and interior ministers to suspend the programme in its current form. But the government also said it would examine setting up a replacement.

In the footage, the speaker of the Cyprus parliament, the island’s second-highest official, and an MP were both shown offering to help the purported Chinese businessman secure a Cyprus passport. Both strongly denied wrongdoing.

Demetris Syllouris, the speaker, said they had reported their meeting with the undercover reporters a few days later to the Cyprus anti-money laundering authority. He said he would take a leave of absence from his duties next week until the authorities completed their investigation. Christakis Giovanis, the MP, resigned on Tuesday, saying he was the victim of an entrapment.

Cyprus has acquired thousands of new nationals and raised more than €6bn from real estate sales under the golden passport scheme, which offers citizenship to foreigners prepared to pay at least €2m for a property.

But the government was forced to launch a review of past passport awards in 2018 after Reuters reported that eight relatives and associates of Hun Sen, Cambodia’s authoritarian prime minister of 35 years, had received nationality. 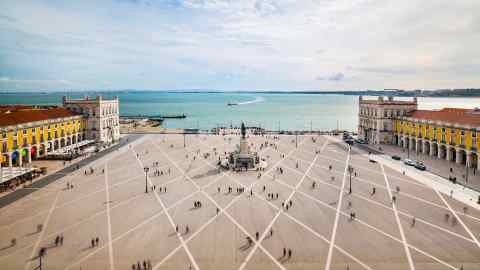 Shortly after the Cypriot news organisation Politis revealed the country had also given citizenship in 2015 to Jho Low, a Malaysian businessman who denies allegations that he helped siphon billions of dollars from the country’s 1MDB state investment fund.

Transparency International, the anti-corruption group, welcomed the Cyprus announcement as the “only option” but said it still needed to understand whether Nicosia planned to create another similar programme.

“This was the approach taken by Malta recently,” said Maira Martini, a TI specialist on corrupt financial flows. “If this is the case, then it may not do much to protect the EU from dirty money.”

Previous PostWhich Came First: Loans Or Deposits? An Unexpected Answer From JPMorgan’s Balance SheetNext PostWhere Will the World’s Next Giant Gold Discovery Be?