Covid: why Spain is hit worse than the rest of Europe

As coronavirus infections rise across much of Europe, one country stands out. Spain this week became the first EU state to record more than half-a-million cases since the beginning of the outbreak.

During the past 14 days, it has recorded 260 coronavirus infections per 100,000 of population — twice the level in France, the next worst affected country on the continent.

Almost 10 per cent of Spaniards tested for coronavirus have positive results — far above the levels in France, Italy, Germany and the UK.

The big question is why things have gone so wrong.

September is not March

Spain is again reporting up to 10,000 new cases a day — as it did at the peak of the pandemic in March and April. But Spanish officials insist the figures are not comparable. They argue that in March only about one case in 10 was detected, which meant daily tallies showed just a sliver of the real picture. Now, they say, the detection rate may be between 70-90 per cent.

“How the pandemic is evolving now has nothing to do with how it developed in March,” said María Jesús Montero, a government minister and spokesperson, this week.

She noted that roughly half the current cases were asymptomatic and that hospitalisations and deaths were far below their March-April levels.

The government stresses Spain is not alone in suffering from a so-called second wave. But if it is part of a broader European phenomenon, it is experiencing a surge in cases that outstrips those seen elsewhere.

Democratic governments are generally reluctant to blame citizens for their problems. Nevertheless, Spain’s leaders have stepped up criticism of young people for spreading the virus through partying and socialising. In Spain, as in much of the rest of the world, the average age of coronavirus cases has dropped: at the end of March, it was 59, today, it is 38.

One practice that is causing concern is botellón — large groups drinking in public places as a cheap alternative to barhopping. The ministry of health is becoming increasingly frantic in its attempts to alert young people to the risk of infection, taking to TikTok and other social media this week to warn: “This is not a game.”

By far the most frequent place of infection, however, is people’s homes, which account for half of all cases where the cause is known. While the wearing of masks outside has become obligatory in the country, it is not clear that people have fully grasped the risk of infection at home. According to a survey released last month by the World Health Organization and Spain’s Carlos III Institute of Health, almost 50 per cent considered social gatherings in homes were only low or medium risk.

Spain — like much of the rest of Europe — is now contending with a further problem. The rise in infections came while many of the country’s cities were largely emptied for the holidays. The return to work and school could push rates up further.

Spain’s central government imposed a harsh coronavirus lockdown in March, using emergency powers, and brought the number of cases and hospitalisations down. But the lockdown became increasingly controversial and the emergency powers lapsed on June 21. Within about two weeks an increase in cases became visible.

The important thing is what you do after testing people: to isolate the person who has tested positive and identify and quarantine their contacts

The problem is that the crisis has been hugely complicated by Spain’s political polarisation and its decentralised model of governance.

Pedro Sánchez, prime minister, insists handling the pandemic is now primarily the responsibility of the country’s regions, whose collective health budget is more than 10 times that of his administration. The regions respond that the central government must provide more leadership.

The upshot is that while controls were rapidly dropped in June — with plans for a step-by-step phase out being discarded — reintroducing such curbs has been halting and sometimes halfhearted.

Some epidemiologists identify this as the central error in the handling of the crisis. Regions were able to scrap lockdown measures without demonstrating they were increasing track or trace staff or preparing more adequately for a new rise in cases.

“People didn’t do what they said they were going to do,” said Prof Miquel Porta at Barcelona’s Municipal Institute of Medical Research and a former head of Spain’s Epidemiology Society.

There is no overall figure for the number of people working on track and trace in Spain. But in Madrid, where more than 35,000 cases have been diagnosed over the past two weeks, there are only some 800 dedicated trackers. For the country as a whole, only three contacts have been identified per coronavirus case; in 38 per cent of cases, the cause of infection remains unknown.

“The important thing is what you do after testing people: to isolate the person who has tested positive and identify and quarantine their contacts.” said José Ramón Arribas, head of infectious diseases unit at Madrid’s La Paz hospital. “But we have not been among the leaders in any of the activities that have been shown to be effective.”

The reimposition of controls remains patchy. Some regions have responded to the increase in cases by introducing steps such as requiring bars close by 1am. Britain, where cases have returned to about 2,000 a day, is now banning most gatherings of more than six people. Spain passed the 2,000 cases a day mark in mid-July, but Madrid, the worst-affected part of the country, has only just issued a prohibition on groups of more than 10.

READ ALSO  How to start a restaurant during a pandemic

When seeking to explain why coronavirus has hit Spain so hard, officials often stress the country’s tactile culture of social mingling. Mr Sánchez has also emphasised that those who have least are most exposed: in one working-class district of Madrid, the proportion of people testing positive has reached almost 1,000 per 100,000 over the last 14 days.

Not only are the most disadvantaged people in Spain often crammed together in small flats, the country as a whole is more densely populated than often imagined, with almost all of its population is concentrated in about 13 per cent of its land mass. 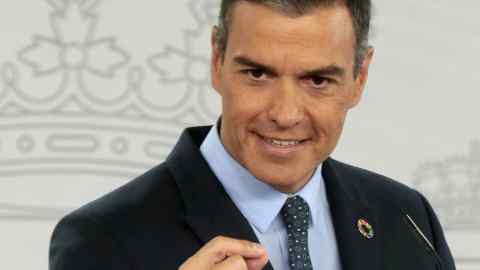 At present, only about 5 per cent of cases nationwide lead to hospitalisation and only 0.4 per cent prove fatal. But the pressure is increasing. In Madrid, Covid-19 patients occupy 17 per cent of all hospital beds. And with fears mounting that young people will infect their more vulnerable elders, infection rates are rising in all age groups. Spain’s total of 246 deaths over the past week compares with a toll of 65 a month ago and just 10 in the week to July 9.

Ultimately, epidemiologists say, the data is still too incomplete to provide a simple answer as why Spain is suffering higher coronavirus rates than anywhere else in Europe. But the bigger question is whether the country will remain an extreme case or serve as a harbinger of what awaits the rest of the continent.