In the current Covid-19 situation, we believe that the only meaningful figures from DOL’s weekly report are: 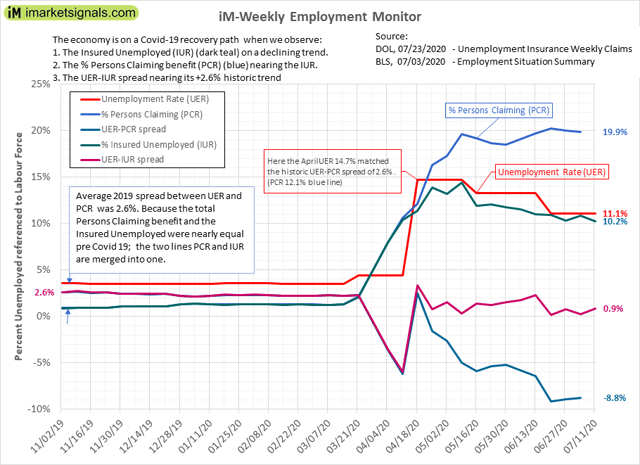 In the figure above we graph the following:

A recovery would be indicated by the following: