Correspondent’s diary – Coronavirus and the new exodus from Paris | Europe 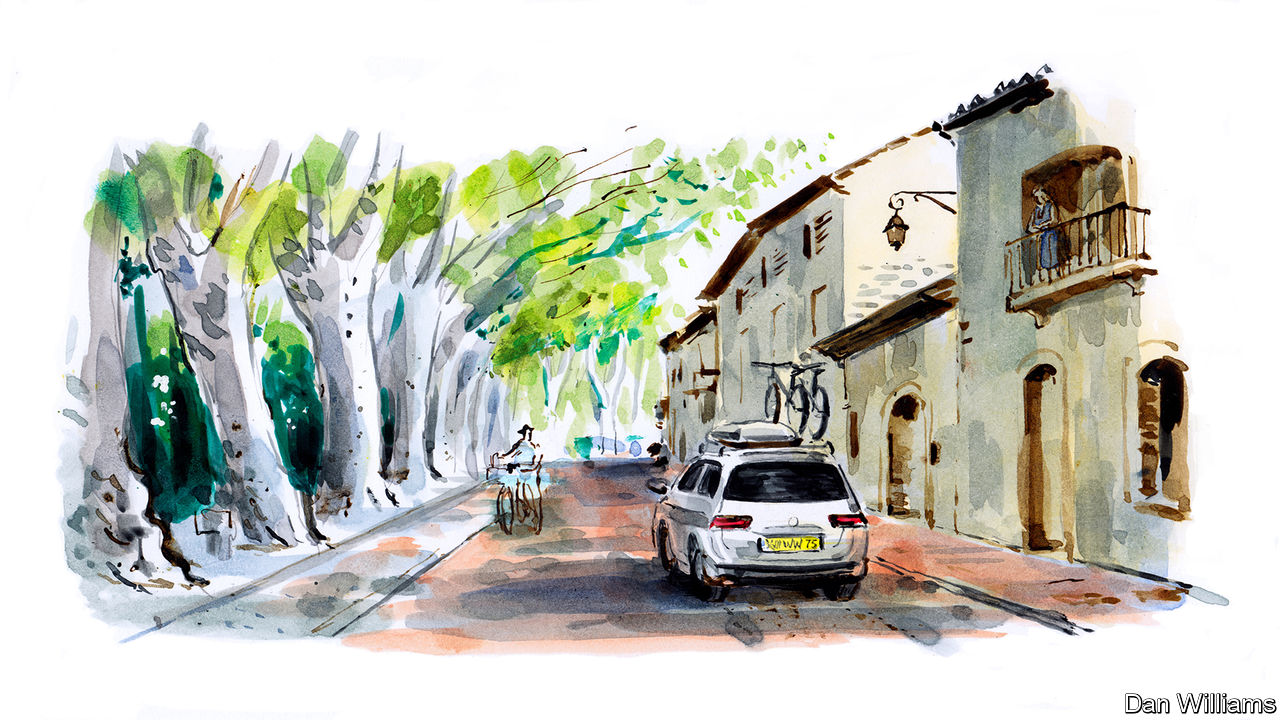 ONE FRIEND sighted a family flinging suitcases and children’s bicycles into an SUV parked at the foot of his Paris apartment building. Another reported an eerie silence on her shared stairwell as though she, and her block’s elderly residents, were the only ones left behind. As rumours of imminent confinement spread, motorways jammed up with cars leaving the capital and railway stations filled with agitated passengers wheeling suitcases towards high-speed TGV trains. Many of those who could, fled: to secondary homes in the country or to parents in la province, before France went into lockdown on March 17th.

Such scenes and stories of flight from covid-19 have since been repeated in New York, London and other cities too, as the wealthy escape to country homes in The Hamptons or Cornwall. Amid fears of disease, crowds and contamination, it is a natural instinct to seek refuge in pure air, coast and hills. In the French mind, “towns are a place of stench, sickness and riots”, said Jean Viard, a sociologist. The 19th-century bourgeoisie kept country homes as a place of refuge from urban pollution or heat. There is a scene at the start of Camus’s “La Peste” (“The Plague”), a novel that has now shot up the bestseller list in France, in which Doctor Bernard Rieux prepares to send his wife, suffering from tuberculosis, to the mountains.

In Paris, though, the images of exodus had a darker resonance. It was hard not to see in the departure of fearful families an echo of the civilian flight from the city in June 1940. Then, as rumours of the Nazi advance filled Paris with dread, 2m people—an astonishing three-quarters of the capital’s residents—grabbed what they could from their homes and fled. This was the “unimaginable confusion of vehicles, bicycles and pedestrians” described by Irène Némirovsky in “Suite Française”, her posthumous novel. At stopping points in Orléans, the “motorcars arrived one after the other, full to bursting, overloaded with luggage and furniture, with children’s toy cars and bird cages, with crates and baskets of laundry, each with a mattress firmly tied to the roof”.

Images from that moment are seared into the French imagination. They have featured in such films as René Clément’s “Jeux Interdits” (1952), André Téchiné’s “Les Egarés” (2003) or Jean-Paul Rappeneau’s “Bon Voyage” (2003). In a strange twist, the Museum of the Liberation of Paris had this spring organised a (now-shut) exhibition on this very theme. Entitled “1940: The exodus of the Parisians”, it displayed photographs, drawings, accounts and film reels of Parisians in flight: the rich in their cars, the less fortunate on foot, pushing wooden carts piled high with bundles of clothing and bedding.

Even today these images supply a reference point. “I’ve left just like in 1940,” said a 43-year-old manager wryly, hurrying out of the capital as the novel coronavirus spread. A Parisian fleeing by car heard President Emmanuel Macron evoke war on the radio, and wrote: “But on this strange exodus road, nobody is bombing us and the enemy is invisible.”

It turns out that no fewer than 1.2m people left Greater Paris—or nearly a fifth of its population—during the week of the covid-19 lockdown, according to an estimate by Orange, a mobile-phone operator, based on aggregate data. Coastal and rural villages alike have swelled as if it were August. The population on the Ile de Ré, a chic holiday spot off the Atlantic coast, has jumped by 30%.

All the same, the comparison has obvious limits. Today’s departures are about fear of contamination, not occupation. Many Parisians in cramped apartments were seeking not so much safety in Normandy or Provence but comfort and help: outdoor space for the children to play, or grand-mère to help with childcare. Unlike 1940, when many villages welcomed in the refugees from Paris, this time there are reports of resentment, if not outright hostility. “The Parisians have turned up here like cowboys,” the owner of a tobacconist on Noirmoutier, an island off the Atlantic coast, told Le Figaro newspaper. “Thanks for bringing us the virus,” said another resident. “Parisians have been irresponsible, coming from an infected to an uninfected zone, with the risk of transporting the virus with them,” said Cyrille Artanian, a local GP. In three villages in northern Brittany, more than a dozen complaints about tyre-slashing and vandalism were made to the police in just a matter of days mostly by owners of cars with number plates bearing “75”, which betrays residency in Paris.

Ahead of the Easter break, there have been fresh worries about a second exodus. Seaside resorts have been ordered not to allow holiday lettings, and beaches are anyway closed. Only 6% of TGV trains are running. Some 160,000 policemen and gendarmes have been mobilised over Easter to check cars at motorway péages (toll booths) for breaches of confinement rules. Nobody in France is allowed to travel during the lockdown, unless they have paperwork proving essential medical, work or family needs. So far, after the initial rush, people seem to have been fairly disciplined. And those who left, wrapped up in elegant winter outfits now ill-suited to the spring warmth, have to stay put. Was it possible to change confinement location, a hopeful viewer asked the interior minister, Christophe Castaner, on Twitter this week? The answer was unambiguous: Non.