ConocoPhillips is to buy Concho Resources in a deal worth $9.7bn, as one of the world’s largest independent oil producers gambles on a post-pandemic market recovery with a huge bet on US shale.

The deal will make Conoco, which has assets ranging from Australia to Canada, a commanding player in the US shale patch and transform its position in the Permian, the world’s most prolific oilfield, where its output will now rival that of ExxonMobil.

“Today’s transaction is an affirmation of our commitment to lead a structural change for our vital industry,” said Ryan Lance, Conoco chief executive. “Together, ConocoPhillips and Concho will have unmatched scale and quality across the important value drivers in our business.”

Under the all-share transaction, Concho investors will receive 1.46 shares of Conoco stock for each of their own, representing a 15 per cent premium to closing share prices on October 13.

Conoco said the combined company would have an enterprise value of $60bn and that Concho chief executive Tim Leach would join the Conoco board. 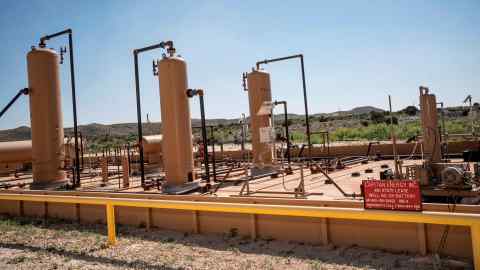 The deal is the third big acquisition in the shale patch since the pandemic sent prices tumbling. Chevron agreed to buy Noble Energy in July in a $13bn transaction, while Devon Energy last month agreed to take over rival WPX for $12bn.

The Conoco deal follows months of brutal cost-cutting and bankruptcies in the US oil patch, where production has plunged from a record high near 13m barrels a day to about 11m b/d.

Analysts said Conoco’s move showed big oil groups were now ready to use the crash, which has driven asset valuations to multiyear lows, to build scale in shale.

Conoco said the combined companies would hold a resource base of 23bn barrels of oil equivalent with an average supply cost of less than $30 a barrel, and would produce 1.5m barrels of oil and gas a day.

The group’s global operations include assets in Australia, the Asia-Pacific region and Canada. Its production from the Permian shale in Texas and New Mexico was less than 100,000 b/d last year.

Concho, a Permian specialist headquartered in Midland, Texas, was founded in 2006 and grew rapidly during the shale boom of the past decade. It produced just over 330,000 barrels of oil equivalent per day last year.

In a sector that became notorious among investors in recent years for its failure to generate profits or return capital, Concho was considered one of the better-performing operators.

“[Concho] was one of a handful of compelling acquisition targets for the majors,” said Ian Nieboer, head of oil research at Enverus, a consultancy. It offered “quality assets, sufficient scale and an inventory of rich areas to be drilled in the Permian”.

The steady drop of equity valuations in the shale patch in recent years, compounded by the recent crash, had driven down Concho’s market capitalisation from a high of more than $30bn in late 2018 to about $8bn before reports of Conoco’s bid surfaced in recent weeks.

Conoco was one of the first big producers to curtail its production this year as US oil prices plunged in the wake of the Saudi-Russian market share war and as coronavirus lockdowns hit global demand. 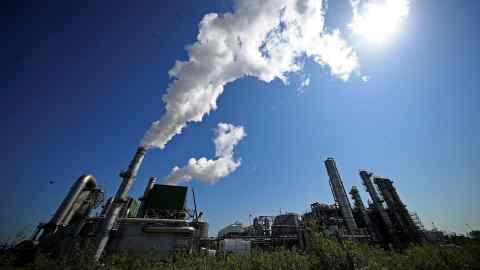 “We do see some recovery in prices as we go into 2021,” he told analysts recently.

The US oil price has hovered around $40 a barrel for several weeks, having plunged below zero in April for the first time. Cuts by the Opec cartel and the easing of lockdowns have supported prices but a growing second wave of coronavirus cases remains a threat.

Conoco’s acquisition suggested the long-expected wave of consolidation in the US sector was now under way, analysts said, as operators moved to ramp up economies of scale, reducing production costs.

“More deals are coming,” said Mr Nieboer. “The industry is in pain and some are looking to consolidation to transform their businesses, either by necessity or opportunistically.”