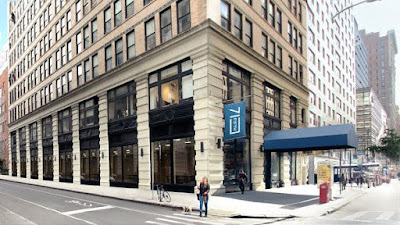 The world is a very complex place.

No one can plan the entire thing out. That is why free markets always outperform centrally planned economic sectors. Too much is going on at the micro-level for blunt instrument laws and regulations to work.

It does not appear that Tim Wu, a law professor at Columbia University and a contributing New York Times Opinion writer, has grasped this lesson.

This Sunday, in his column at the Queer Black Lady, he recognizes the current crisis state of New York City commercial real estate:

Here is the problem.

He states that it would be a better environment if “commercial rents actually reflected market conditions” BUT the market is reflecting current conditions: confused and uncertain.

Wu wants to ignore this confusion and uncertainty and force building owners and mortgage holders to all accept new terms.

He writes in his column:

How can the city and state help unlock these assets? First, the state should pass a law voiding minimum-rent terms in existing and future commercial mortgages so that landlords do not risk defaulting if they lower rents. (Yes, such a law would be constitutional.)

Second, the city should use property taxes to create a disincentive to leave storefronts empty, as State Senator Brad Hoylman of Manhattan and others have proposed. A storefront unoccupied for, say, more than 90 days could see a property tax increase high enough to cover the revenue lost by the city from not renting the property. That would help get the market moving.”

Got that? He wants a law that would force mortgage holders to allow building owners to lower rents presumably at rates that would not cover the mortgage payments. How horrific. This would take one more swipe at the sanctity of contracts between willing parties. And it should be noted that many banks and other mortgage holders realize that the rental environment is different from what it was pre-lockdown and are renegotiating terms with various building owners. It does not make sense for a mortgage holder to boot a sound businessman damaged by the lockdowns when a foreclosed property would not change the lower value of the property. It most cases, the mortgage holders will renegotiate.

Wu’s other idea is even more horrific. A landowner, who believes the rental environment might improve down the road and may want to hold out for those better condition, is a no go with Wu. He is calling for a tax to be placed on such owners if they do not rent at current rents. That is, he wants to take away the ability of property owners to do what they want with their properties and take away the ability of property owners to judge the future economic environment in their own way—and instead have all lease judgments to be based on Wu’s determination of when and at what price commercial real estate properties should be rented out.

The truth is no one knows how the New York City rental market is going to develop in the post-lockdown world.

It is a case of what Nobel Prize winner F. A. Hayek termed a fatal conceit to think that one man can have the entire thing planned out rather than those closer to the action planning and adjusting in a variety of different ways to the very complex factors now going on.

There is a clear exodus from New York City, many continue to work from home and there are some indications that this may be permanent for some.

On the other hand, Facebook is leasing all the office space in the massive James A. Farley Building in Midtown.

The lockdown, itself, that destroyed swaths of economic value and activity across the country, was a blunt instrument operation ordered by government officials in numerous cities and states.

It is time to allow free market forces to work out the future that is so cloudy because of those willing to give grand orders in a very complex world in the first place. It is time for the grand order givers to stop and allow businessmen to fix the mess.

This division of labour, from which so many advantages are derived, is not originally the effect of any human wisdom, which foresees and intends that general opulence to which it gives occasion. It is the necessary, though very slow and gradual consequence of a certain propensity in human nature which has in view no such extensive utility; the propensity to truck, barter and exchange one thing for another …